After edging down 0.1% the previous week, this new report marks the third straight week of oil inventory declines, and the sixth over the past seven weeks. Over the past 12 months, inventories have fallen 3.3%.

Both a 200,000-barrels-per-day increase in refinery inputs and a 439,000 bbpd drop in imports contributed to this week's supply draw. 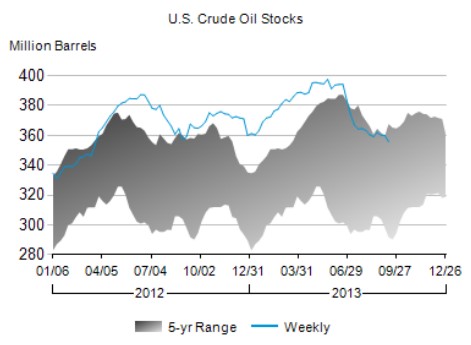 Over the past week, retail gasoline pump prices dropped $0.04 per gallon. 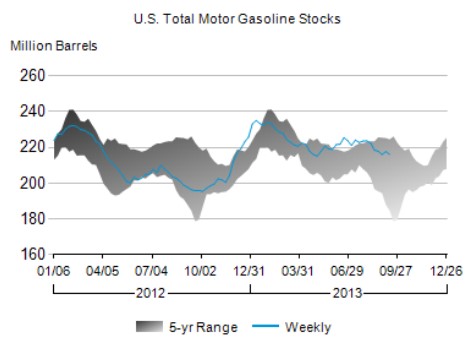 Distillates supplies, which include diesel and heating oil, decreased 1.1 million barrels (0.8%) for the first fall in three weeks. Distillates demand is up a seasonally adjusted 10.8% for the past four weeks, and supplies remain "near the lower limit of the average range," according to the EIA. Compared with the same period in 2012, inventories are up 2.2%. 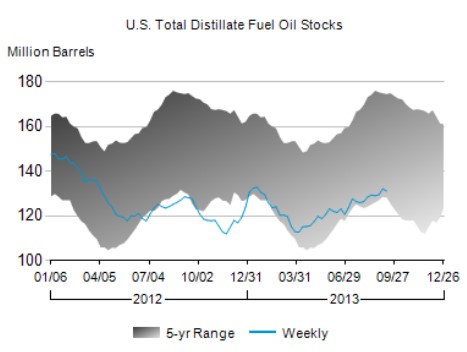 Fool contributor Justin Loiseau has no position in any stocks mentioned. You can follow him on Twitter, @TMFJLo, and on Motley Fool CAPS, @TMFJLo.