One of the most famous firings of all time actually inspired the term "firing."

It happened in the early 1900s when John Patterson, the eccentric founder of the National Cash Register Company (NCR (NYSE:NCR)(NYSE:NCR)), was so displeased with a sales executive that he had the employee's desk and chair removed to the company's grounds. Right before the employee returned from a sales call, the whole pile was set on fire.

This hapless salesman wasn't the only employee Patterson fired. Fully one-sixth of NCR executives were dismissed between 1910 and 1930 for infractions as grievous as using butter or pepper (Patterson was fanatic about fitness) or falling off a horse during mandatory equestrian trots.

The words of wisdom he imparted to his fired minions were equally brutal. His "goodbye" went like this: "There are just two things. Everything you say is wrong. Everything you do is wrong."

The best revenge for being fired...
It was Patterson's firing of another executive that made business history, however.

Once again Patterson had the man's desk put out on the lawn. But the salesman, Thomas Watson -- took his firing in stride and his resume right over to a small NCR competitor called Computing-Tabulating-Recording Company.

Watson would stay there for the next forty years where, under his leadership, CTR became one of the most successful American companies ever -- IBM (NYSE:IBM).

Another corporate mis-fire
One of the most infamous firings was carried out by onetime Apple (NASDAQ:AAPL) CEO John Sculley who ousted the man who hired him -- company co-founder Steve Jobs. (Sculley claims he "demoted" Jobs. Jobs always insisted he was fired.) )

The upshot? Sculley became a footnote in Apple's corporate history, himself fired after ten years, and Jobs will forever be the man who not only saved his own company, but changed the way the human race interacts with technology.

Sometimes companies try to ease fired employees out the door with a little more care. But, even then, there's plenty that can backfire.

When Northwest Airlines fired hundreds of workers in 2006 it sent them off with a helpful brochure of 101 tips, including holding garage sales and dumpster diving (tip No. 46) to tide them over during the rough patch without paychecks.

That may seem almost benevolent now when employees are fired via text, FedEx, email, Post-its, voice mail, fax, Facebook, and auto-correct. (So far Pinterest firing seems to be virgin territory.)

Even CEOs aren't immune to these callous ways of letting someone go. Former Yahoo! CEO Carol Bartz was fired by phone in 2011.

And in this age of electronic means of surveillance at every corner, woe is the company who finds its personal employee dealings aired to the entire world.

This August, AOL CEO Tim Armstrong fired an employee for taking a photo during an all-hands employee meeting/conference call. Unfortunately for all involved, the meeting was being recorded. The audio of the firing went viral, and what would have been a small news item on the feeds became fodder for water coolers everywhere.

There is a "right" way to fire someone
There are some things about getting fired that are going to be unpleasant, no matter what -- there's no way to put a happy face on the "walk of shame" of carrying a box of belongings while being frogmarched out by security.

According to HR expert Susan M. Heathfield there is only one right way to fire someone: Face-to-face. (Firing someone via any other means of communication is the No. 1 item on her list of 10 "don'ts" when it comes to firing.)

That said, while it might not have been cool when Radio Shack (NYSE: RSH) fired 400 employees by email in 2011, not everyone's feathers were ruffled. Wall Street often rewards layoffs with subsequent share price appreciation. After all, layoffs lead to lower overhead costs and, theoretically, more efficiency.

"All right, let's make this sporting, Leonard. If you can tell me why I shouldn't fire you without using the letter "e," you can keep your job." 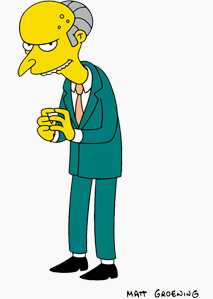