The Wii U. Photo credit: Nintendo.

This is a big week for each of the next-generation consoles. Sony (NYSE:SNE) kicked things off a few days ago by selling 1 million PlayStation 4 devices in the first 24 hours after launch. Microsoft (NASDAQ:MSFT) follows up on Friday, when the Xbox One hits store shelves around the world. But this week is arguably even more important for Nintendo (OTC:NTDOY), whose Wii U hasn't managed to break 4 million sales since launching a year ago.

There are plenty of reasons for that underperformance, but the one that stands out is the lack of a big first-party game to drive hardware sales. For better or worse, Nintendo is known for its exclusive software franchises. The original Wii wasn't a console that you bought just so you could play Activision Blizzard's Call of Duty: Black Ops, after all. You bought it for games like Wii Sports and Wii Fit, which Nintendo produced. That's why last summer, when the company announced that it had sold just 160,000 Wii U devices over the prior three months, it made sense that it blamed the lack of key first-party titles for the Wii U's disastrous quarter.

But Nintendo won't be able to play that card again after this weekend, as Super Mario 3D World launches on Friday. And as far as key first-party video game franchises go, it just doesn't get any bigger than Mario. Consider that of the nine top-selling titles on the original Wii, four starred that mustachioed plumber in red overalls. The same goes for the handheld 3DS: Super Mario 3D Land, Mario Kart 7, and Super Mario Bros. 2 are the three best -selling games on that system to date. 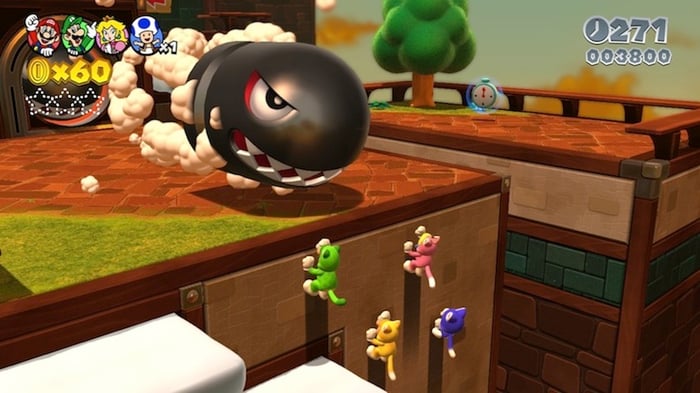 The good news for Nintendo is that it could have a hit on its hands with the Wii U's Super Mario 3D World. Metacritic's reviews of the title so far have the average score sitting at a stellar 94, with a dozen critics giving the game a perfect score. The conclusion from gaming site IGN was typical of the glowing reviews that many others gave: IGN called Mario 3D "marvelous" on the way to giving it a score of 9.6, saying that it "proves that Nintendo still knows exactly how to tweak their Mario formula in fun ways."

So Nintendo looks like it delivered the goods with this title, but will that be enough to catapult the Wii U back into relevance this holiday? Probably not by itself. But I wouldn't count the console out, either. Sure, Nintendo isn't likely to move a million Wii U's this weekend just on account of one popular game. But plenty of people will buy the device for a title of this caliber. That, plus the console's lower price, should make it a competitive option against Sony and Microsoft heading into the holiday crush.

Does Nintendo Have a Super Hit on Its Hands? @themotleyfool #stocks $NTDOY $MSFT $SNE Next Article
Current