Washington state's I-522 initiative proposed labeling foods that contained ingredients produced by genetically modified organisms. Pre-voting polls showed that many were in favor of GMO labeling, but the final tally counted more "no" than "yes" votes, effectively killing the measure. Some are calling it a win for genetically modified seed manufacturers such as Monsanto (NYSE: MON) and Syngenta (NYSE: SYT) and a smack on the chin for labeling advocates such as Whole Foods Market (NASDAQ: WFM), but it is dangerous to classify this as a black-and-white issue. It also misses some of the finer details around how poorly I-522 was written.

You may feel strongly about consuming organic foods instead of GMO foods -- and that is your right. However, it is wrong to call for labeling thinking GMO foods pose any health risk to you or your family. The science simply doesn't support such claims. Besides, there is already a nationally used label helping consumers differentiate between such products.

Poor arguments busted
When the side supporting labeling brings up health risks supposedly associated with GMO foods and is asked to provide scientific evidence supporting their claims, the only thing they can do is shrug. That's because there isn't any scientific evidence showing health risks. The scientific community has refuted most, perhaps all, scientific papers offered up as evidence. In fact, a review of 1,783 research papers and reports published between 2002 and 2012 concluded:

The scientific research conducted so far has not detected any significant hazards directly connected with the use of GE crops.

Pointing to Europe's strict guidelines as evidence that GMO labeling should be enforced in the United States is also a pretty poor argument. In a 2009 report (link opens a PDF) conducted by the European Union's Federal Office of Consumer Protection and Food Safety, titled "Long-Term Effects of Genetically Modified (GM) Crops on Health and the Environment," researchers reached the following conclusion:

Long-term effects on animal or human health linked to GM crops have not yet been identified.

GMO foods have been safely consumed by hundreds of millions, perhaps billions, of people for more than 20 years, so waiting on "yet" to turn into an "aha!" moment is a waste of time. Of course, individuals supporting GMO labeling like to point out that 20 years isn't a very long time and tend to forget what the word "billions" means.

Consider that the largest series of clinical trials conducted in the pharmaceutical industry may collect data on a new compound with 10,000 patients over 10 to 15 years. That is a lot of people and a pretty good amount of time to collect long-term safety data -- the most useful of which is collected over the past several years of that span. Demonstrate a reasonable safety profile, and the stamp of approval is yours, as long as you label possible side effects. So what's the problem with 20 years and hundreds of millions of people, again?

Is labeling dead?
I-522 was a messy piece of proposed legislation. For one thing, it wouldn't have required all GMO food products to be labeled. It also attempted to supersede regulations handed down at the national level. Consumers need to know about nutritional and allergy information for the products they consume. And when something is produced to be materially different from expectations, such as soybean varieties engineered to contain high levels of oleic acid (a fat), it must be accompanied by a label. But as long as the means of manufacturing don't materially change what is being produced, no label is required.

That means your food could be grown organically, whether it's a product of cross-breeding, something from a genetically engineered plant, cultured in a petri dish, or handed to you straight out of the replicator from the starship Enterprise, but it wouldn't need a label if it is materially the same product.

Even if labeling did become law, it makes the most sense to do so at a national level. State-by-state labeling would create a patchwork of different labels that would cause confusion and add costs for consumers. Besides, there is already an agency tasked with regulating food products within the United States: the Food and Drug Administration. Additional laws are cumbersome and unnecessary, and if a state challenge were made to the United States Supreme Court (assuming one could find grounds to make it that far), it would probably be struck down without much debate.

That won't stop other states from trying to pass laws requiring GMO labeling. Maine and Connecticut passed laws in June with some huge caveats, while voting is expected to take place in New Hampshire, Massachusetts, (with a giant biotechnology industry), New York, and Pennsylvania in the coming year. Given the overwhelming tally of "no" votes among rural Washington voters, I would say GMO labeling has an uphill battle in the states proposing similar legislation that's open to public voting.

Perhaps seeing the writing on the wall, Whole Foods will begin labeling all GMO foods in its stores by 2018, which will make it the first national grocery chain to do so. However, if consumers don't want to eat GMO food there's already a national label that exists for them: 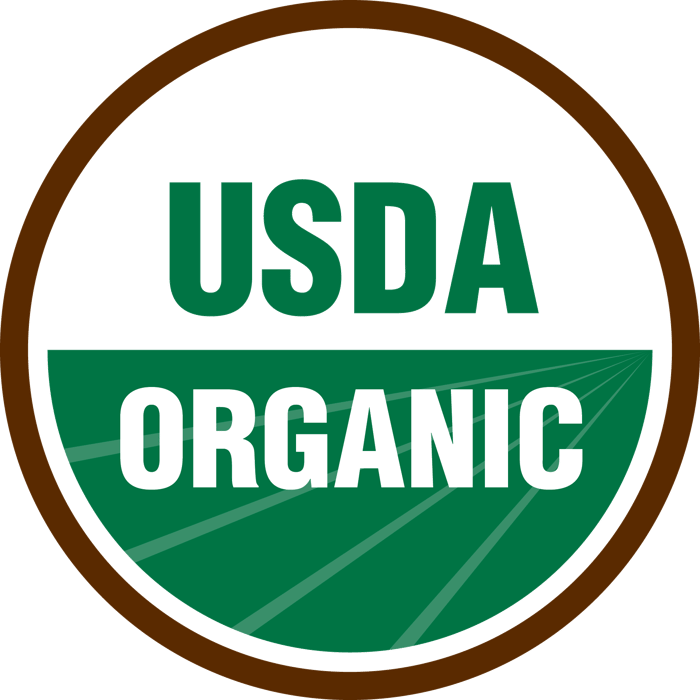 This is essentially a GMO label. Source: USDA.gov.

Any foods sporting that label went through a rigorous certification process. There's a very low maximum threshold of GMO ingredients that are allowed to be contained in food products labeled as organic, among the multitude of other requirements. Better yet, the label is used at a national level. Why, then, do we need a label for GMO products when one already exists?

Don't yell "fire!"
Not all individuals in favor of GMO labeling have ill intentions. Some just think it would help to know which foods contain GMO products and which do not. Unfortunately, labeling such foods would do more harm than good. What message would it send to consumers? If a food product has a giant label or message on its package, is it a threat to me and my family? Since the science overwhelmingly demonstrates that not to be the case, GMO labeling is akin to yelling "fire" in a movie theater or "bomb" on an airplane. It may not be true, but people aren't going to stick around to find out.

There are no solid arguments as to why GMO labeling makes sense. The science doesn't support it, while consumers looking to differentiate food products already have a label at their disposal. At any rate, many food and seed companies that funded groups trying to vote down I-522 actually support a national label but are simply opposed to state-by-state legislation. I don't expect the debate to go away anytime soon, but I am encouraged that voters in Washington didn't let fear override rationality.