Please ensure Javascript is enabled for purposes of website accessibility
Log In Help Join The Motley Fool
Free Article Join Over 1 Million Premium Members And Get More In-Depth Stock Guidance and Research
By Rich Smith - Nov 30, 2013 at 10:00AM

For one thing, it's bigger than Iceland. For another, it pays better than FedEx. And that's just to start.

'Tis the season for shopping, and shipping, and the happy sound of doorbells ringing by the friendly UPS (UPS 2.60%) deliveryman. But how much do we really know about UPS -- other than the fact that they're the guys who bring you the goodies at Christmas time?

Neither rain nor sleet nor snow .... Source: UPS

Familiar as we all are with the company, there are still a lot of things you probably don't know about UPS. So sit back now, and prepare to be astounded.

1. UPS is big. Really, really big.
UPS delivers 60% more packages than archrival FedEx (FDX 3.91%) daily -- more than 4 billion packages and documents a year, to customers in 220 countries and territories around the globe. But it takes a lot of manpower to cover such a broad surface area (basically, the surface of the globe).

With 399,000 employees worldwide, UPS has a "population" bigger than 67 of the countries and territories it services. Its population slots right in between the populations of the French overseas territories of Guadeloupe (403,355) and Martinique (383,173). UPS houses more people under its corporate umbrella than live in the countries of Iceland or the Bahamas. 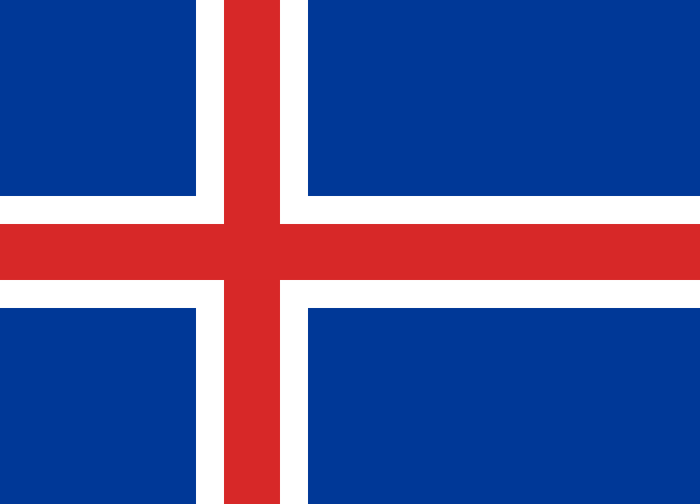 Iceland has a flag. Doesn't UPS deserve one, too? Source: Wikimedia Commons.

2. Sherlock Holmes and the Baker Street irregulars -- in brown shorts.
No wonder UPS bills itself today as "the world's largest package delivery company." Yet this company arose from the humblest of beginnings.

Way back in 1907, when the telegram was still cutting-edge technology, Western Union had a problem. You could wire a telegram from telegraph office to telegraph office easily enough -- but getting that slip of paper into the hands of its intended recipient still required legwork. Enter "the American Messenger Company." Founded in August 1907 by two teenagers with $100 in borrowed start-up funds and a bicycle, the company that would eventually grow into UPS began with 18-year old Claude Ryan and 19-year old Jim Casey deciding to start delivering telegrams by bicycle.

Eventually, they struck upon the idea that they could deliver other things than telegrams -- "parcels," for example. And that was the start of United Parcel Service. (Interesting side note: In 2008, UPS came full circle when it began supplementing its ubiquitous brown vans with bicycle deliveries in Washington and Oregon).

3. What does Brown mean to you?
Speaking of those brown vans, did you ever wonder who came up with the brilliant business idea of branding the world's biggest package deliverer with the world's most boring color? Turns out it was an exercise in pragmatism.

Around about the time UPS had graduated to delivering parcels by truck rather than bike, co-founder Jim Casey wanted to color the truck fleet yellow. One of his partners at the time, though, Charles W. Soderstrom, pointed out that brown trucks wouldn't show dirt as badly. And so "Brown" was born.

Trivia: When UPS set up shop in West Germany in 1976, the company's brown color scheme upset locals who still had fresh memories of the Nazi Party and its "brown shirts." To defuse tensions, UPS had its employees wear green uniforms.

4. Going green -- with right turns on red
Continuing this color theme, a few years ago UPS tried an experiment in "green" driving. After data mining revealed that Brown's trucks were spending too much time -- and burning too much gas -- idling at intersections while waiting to make left-hand turns, management instructed its drivers to turn right instead.

And so it was that in 2004, upwards of 90,000 UPS vehicles all began turning clockwise -- and it ran like clockwork. As routes got reworked to maximize right-hand turns and minimize lefts, UPS saw an immediate reduction in annual fuel consumption of 51,000 gallons in Washington, D.C., alone. Nationwide, the savings have since added up to 10 million gallons of gas not burned, and $35 million saved, give or take, thanks to this simple shift of the turn signal.

5. Best wages in the business
And it's a good thing UPS is saving all that money on gas, because it needs it -- to pay some of the most generous wages in the transportation industry. According to Yahoo.com, "UPS pays its employees very well ... the average pay for a [UPS] driver is $75,000." And data from independent salary researcher Glassdoor.com mostly backs this up.

Not all data sites show disparities quite this big. Indeed, data cited on Aol Jobs suggest that in several employment categories, FedEx actually outpays its archrival. Still, by and large the trend appears to hold true. When it comes to compensating the front-line workers who are the face of the business, UPS pays its employees best.