Motor gasoline and distillates supplies are up.

After falling 4.7 million barrels the previous week, this latest report marks the fifth straight week of draws. Refinery inputs continue to push supplies down, with refinery capacity utilization rates clocking in at 92.3%. Overall inventories are up 0.2% in the past 12 months. 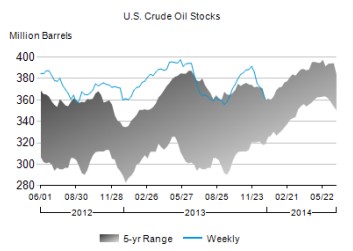 Gasoline inventories increased 0.8 million barrels (0.4%), cancelling out the previous week's 0.6 million barrel draw. Demand for motor gasoline over the last four-week period is up a seasonally adjusted 3.5% over the same period a year ago. In the last year, supplies have decreased 2.2%. 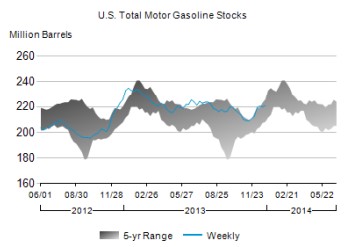 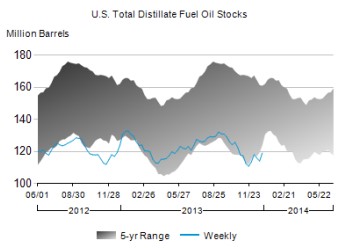 You can follow Justin Loiseau on Twitter, @TMFJLo, and on Motley Fool CAPS, @TMFJLo.  We Fools don't all hold the same opinions, but we all believe that considering a diverse range of insights makes us better investors. The Motley Fool has a disclosure policy.