After dropping 2.2 million barrels the previous week, this latest report marks the largest decrease since December 6 and the seventh straight week of draws. Refinery operating capacity continued to stay strong at 90%. Overall inventories have shrunk 2.8% in the past 12 months. 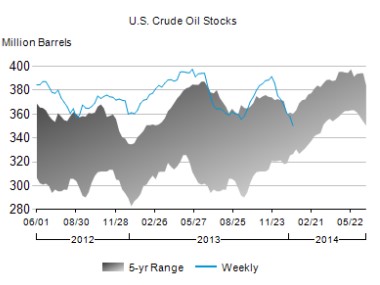 Gasoline inventories added on 6.2 million barrels (2.7%), the same amount as the week before. Demand for motor gasoline over the last four-week period is up a seasonally adjusted 2.7%. In the last year, supplies have decreased 0.8%.

Over the past week, retail gasoline pump prices fell half a cent to a national average of $3.327 per gallon. 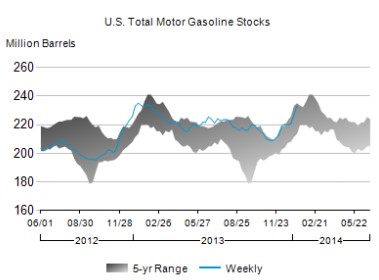 Distillates supplies, which include diesel and heating oil, shrunk 1.0 million barrels (0.8%) after expanding more than 5 million barrels for each of the previous two weeks. Distillates demand for the last four weeks is up a seasonally adjusted 5.4%. In the past year, distillates inventories have dropped 6.3%. 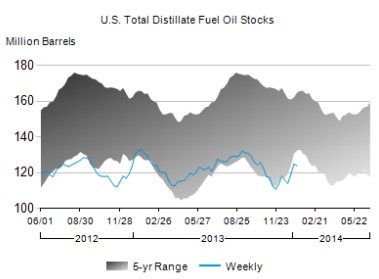