Please ensure Javascript is enabled for purposes of website accessibility
Log In Help Join The Motley Fool
Free Article Join Over 1 Million Premium Members And Get More In-Depth Stock Guidance and Research
By Brenda Barron – Jan 16, 2014 at 8:34AM

Now that Branch and sister app Potluck are a part of Facebook, what does that mean for these standalone services?

Facebook (META 0.62%) just bought link-sharing service Branch for $15 million, which is a surprise to absolutely no one given the company's propensity for acquiring start-ups. Especially start-ups that offer technology that could be seamlessly integrated into Facebook's feature set.

A bit about Branch. It had some seriously high-profile backing to start with that amounted to $2 million. The cash came from the likes of Biz Stone and Evan Williams from Twitter (TWTR), SV Angel, John Borthwick of Betaworks, Jason Goldman, and Lerer Ventures. Branch offers a way to host conversations from anywhere on the web and the ability to insert them anywhere. So, you could pick a news story, piece of content, or even just a thought that pops into your head, add people to the conversation from Twitter or email, then publish a link that embeds that conversation where you want. It's a nifty idea that has the potential to turn discussion into dedicated content. 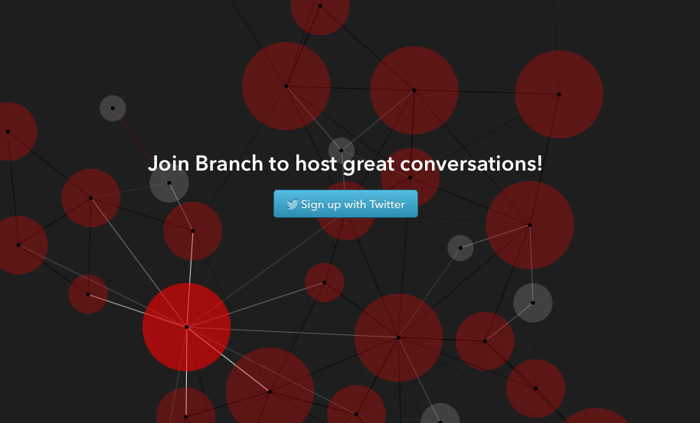 Recently, Branch rolled out another service called Potluck that was also included in the Facebook acquisition. Potluck is an iPhone app that delivers news clips that users can discuss and comment on from within the app.

The news broke about the acquisition via a post on Branch CEO Josh Miller's Facebook profile. Miller indicated Facebook pitched the idea to "build Branch at Facebook scale." He will be heading a team called "Conversations" that will be "reminiscent" of Branch and Potluck, but those two properties will continue to exist outside of the new Facebook development.

Which sounds nice, but if history has shown us anything, it's that Facebook has a tendency to buy tech start-ups, dismantle them, and harvest the parts for their own purposes. Think Hot Potato, which Facebook bought in August 2010 for $10 million, which was eventually rolled into Facebook Places. And then there was Beluga in March 2011, which was purchased for an undisclosed amount and got pushed into Facebook Messenger. And Karma in May 2012 for Facebook Gifts. Need we go on?

The most notable standout here is, of course, Instagram. Acquired by Facebook in April 2012 for a whopping $1 billion, Instagram is still going strong. It's more seamlessly integrated into Facebook now but still stands on its own and has seen a consistently increasing user base. While it had 30 million users at the time of acquisition, Instagram now has more than 150 million users. So yeah, that was a move that definitely worked for both parties.

What remains to be seen is if Branch falls into the former category with Hot Potato and Beluga or into the latter with Instagram. It has some serious backing and clout in the industry, thanks to said backing. And the Facebook acquisition has given Branch and Potluck a significant publicity boost -- it will be interesting to see the effect the acquisition will have on its user base in the coming months.

But the real question is this: Will Branch even last long enough to find out? With its nine-member team now tasked to develop a Facebook Conversations group, it's unlikely they'll have the time or resources to manage both. Will another team be put together to handle Branch as it is? Will it be pulled apart? Will it just be left alone to die a natural death once Facebook has fully integrated everything from Branch it wants to adopt?

And we can't forget the implications this acquisition has on Facebook itself. The social site stands to gain another feature that encourages interaction, specifically around news items. And this makes sense, especially since Facebook is currently trying to shift its News Feed to showcase more actual news items. And its upcoming Paper app is set to play a major role as well. It's similar to Flipboard and is Facebook's take on a digital newspaper. What the Branch team will offer through the newly formed Conversations group seems to be fairly apparent: discussion integration at every level.

It would be fantastic if Branch were another Instagram and could stand on its own, even after being acquired by the Zuckerberg-owned giant. But this Fool isn't holding her breath.

Fool contributor Brenda Barron has no position in any stocks mentioned. The Motley Fool recommends Facebook and Twitter. The Motley Fool owns shares of Facebook. We Fools may not all hold the same opinions, but we all believe that considering a diverse range of insights makes us better investors. The Motley Fool has a disclosure policy.