As the saying goes, everyone loves a comeback. 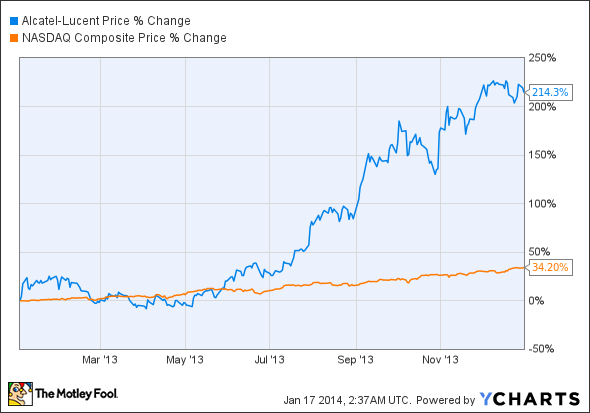 After being nearly left for dead in 2012 as it struggled to compete amid a quickly shifting competitive landscape, Alcatel-Lucent shares came back with a furry in 2013. With the dust now settled for last year's trading, Alcatel-Lucent's stock surged well over 200%.

And now as it heads into a new year, Alcatel-Lucent must continue to execute in order to make its comeback dreams a reality.

This is without doubt a positive for Alcatel-Lucent. However, renewed expectations also bring with them the need to execute, which could be far more difficult for Alcatel than many expect.

To be sure, Alcatel is headed in the right direction under new CEO Michel Combes and his bold "Shift" plan, which calls for generating significant cost savings from both asset sales and overhead reduction in order to slowly repair Alcatel's bloated balance sheet.

In the video below, tech and telecom analyst Andrew Tonner highlight three areas that will prove critical for Alcatel-Lucent in the year ahead.