Is disaster on the way for your state?

When it comes to the Affordable Care Act, commonly known as Obamacare, some states appear to be in much worse shape than others. For certain states, total enrollment has been nothing short of abysmal -- particularly when compared with the potential market size of uninsured individuals. 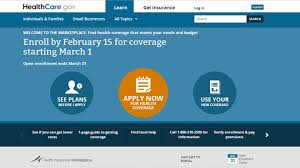 As The Motley Fool's Brian Orelli noted recently, experts say that ideally around 40% of Obamacare enrollees should belong to a younger demographic. That figure counts on younger Americans to generally be healthier. Insurance companies need a solid pool of healthy individuals to enroll in order to offset less healthy enrollees.

How many states have achieved that 40% mark so far? Zip. Nada.

The District of Columbia reported 44% of its enrollees were between the ages of 18 and 34, but D.C. technically is not a state. Massachusetts came the closest, with 31% of individuals signing up for Obamacare in the desired young age range.

The biggest potential for disaster, however, stems from a combination of relatively high total enrollment and low enrollment of younger residents. If a state has low overall enrollment, insurers might not generate much in terms of revenue -- but at least they also won't lose a lot if there aren't enough healthy individuals signing up to subsidize the less healthy members. But if there are high levels of enrollment combined with low numbers of healthier enrollees, it could make for a disaster.

So which states appear to be most likely to be headed for this potential Obamacare disaster? Here are the top five.

North Carolina
As of Dec. 28, The Tar Heel State counted nearly 108,000 residents who have selected a plan on the federally operated Obamacare exchange. That figure ranks North Carolina in fifth place among the states in terms of enrollment.

But when we look at the number of younger North Carolinians between the ages of 18 and 34 who have signed up for health insurance, there's a problem. Only 23% in that demographic have enrolled in Obamacare plans so far. That's far below the hoped-for 40% level and slightly below the national average enrollment percentage for the age range of 24%.

Texas
The state of Texas lays claim to being among the top states in job growth over the last several years. It can also boast one of the highest Obamacare enrollment levels, with more than 118,000 residents signing up for health insurance through HealthCare.gov.

Texas reported 26% of its enrollees were in the age 18-to-34 range. While that's a little better than the national average, it still means that there are many more older individuals than younger ones in the state's Obamacare insurance pool.

Unfortunately, only 27% of those individuals are in the coveted younger demographic group. Like Texas, New York beats the national average for younger enrollees. It's still not great, though, and insurers in the state could experience pain because of the higher overall enrollment combined with relatively low participation by younger residents.

Florida
The No. 2 spot in the nation for Obamacare enrollment belongs to Florida, with more than 158,000 residents selecting a health plan on the federally operated website. However, it's not all sunshine and roses for The Sunshine State.

Florida ranked among the lowest of all states in terms of enrollment by individuals between the ages of 18 and 34. Only 21% of the state's residents in that desired demographic group signed up for an Obamacare-approved plan.

California
California leads the pack by far in total enrollment, with almost 499,000 residents signing up on the state's exchange. That's the good news -- sort of.

The bad news is that only 25% of those enrollees belong to the younger age group that insurers really want. While this percentage stands a tad higher than the national average, it's still much lower than experts expected. And because California's total enrollment is huge relative to all the other states, there could be difficulties ahead with such a low number of younger, healthier individuals signing up.

Victims?
Few tears will likely be shed for the most visible "victims" of the potential Obamacare disasters that could befall these states. Insurance companies don't receive much sympathy from most Americans.

Aetna (NYSE:AET) participates in the exchanges for three of these states -- Florida, North Carolina, and Texas. The nation's third-largest health insurer opted to market insurance on the Obamacare exchanges for 16 states.

Cigna (NYSE:CI) and Humana (NYSE:HUM) both sell their individual insurance products on the exchanges for two of our listed states -- Florida and Texas. Cigna probably won't feel too much pain, however. The company doesn't rely heavily on the individual insurance market as a revenue source.

Humana, though, has already publicly stated that it expects Obamacare enrollees to be less healthy and more expensive than anticipated. The large insurer will probably lose more money than it originally counted on with Obamacare, but Humana is still sticking with its forecasted 2014 earnings for now.

There is another victim of the potential Obamacare disasters facing these and other states, though: the American taxpayer. Obamacare was created with with a mechanism called "risk corridors" that shields health insurers from huge losses. Some have termed this provision as a "bailout" for insurance companies.

Part of the tab for these risk corridors is covered by taxes on insurers who actually make more money than expected from Obamacare plans. At this point, though, low overall enrollment probably means that there won't be many insurance companies in this category. That leaves the rest of the bill to be paid by taxpayers -- millions of Americans who don't benefit from a risk corridor program.