Netflix boosted its domestic marketing spending by more than 30% in Q4 -- and it worked like a charm!

Netflix (NFLX 0.97%) released yet another stellar quarterly earnings report on Wednesday afternoon. EPS of $0.79 easily beat the average analyst estimate of $0.66, and it also handily exceeded the top of Netflix's own guidance range, which was $0.47-$0.73. 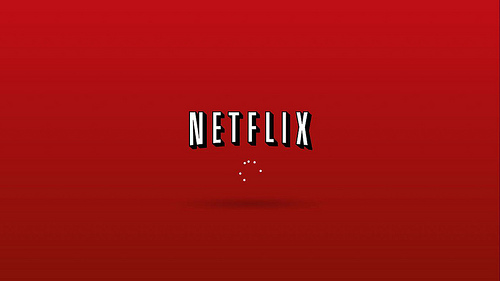 Netflix easily exceeded analysts' earnings estimates and its own guidance for Q4.

One of the notable aspects of Netflix's results was a significant uptick in domestic marketing spending during the quarter. This incremental spending caused a sequential decline in Netflix's domestic contribution margin -- from 23.7% to 23.4%. But it drove better-than-expected Q4 domestic-subscriber growth of 2.33 million. This growth in the Netflix membership base will lead to larger profits in future quarters.

Marketing on the rise
In its quarterly shareholder letter, Netflix called out its U.S. holiday marketing campaign: "It Just Might Bring Everyone Together." Netflix executives are rightly pleased with the success of this campaign; the company's domestic subscriber total nearly hit the top of the guidance range provided in October.

This was a very strong result considering that CEO Reed Hastings had explained in detail during the October earnings interview why subscriber growth would probably remain around the Q4 2012 figure of 2.05 million. But this growth did come with a cost.

Strong follow through
Ultimately, Netflix's goal is to maximize long-term earnings rather than simply maximize subscriber growth or minimize marketing costs. The best way to understand whether or not Netflix's additional marketing spending was worthwhile is to look ahead, not back.

Netflix currently projects that the domestic streaming subscriber base will grow by 2.25 million members this quarter -- another very strong result. Moreover, while the company's Q4 domestic streaming revenue growth was largely offset by higher marketing costs, contribution profit is expected to leap higher this quarter: from $174 million in Q4 to $198 million in Q1. In other words, Netflix will reap the benefits of having a larger membership base in Q1 and beyond.

Another way to assess the situation is as follows: Netflix beat the midpoint of its domestic subscriber growth estimate by about 320,000. Those members will account for about $2.5 million in monthly revenue. If we assume that the $18.7 million year-over-year increase in marketing spending was necessary to attract these new members, they would need to stick with Netflix for 7.5 months on average to "pay back" the initial marketing investment. That seems like a slam dunk!

Foolish bottom line
Netflix made a heavy investment in marketing within the U.S. last quarter. This temporarily constrained the profitability of its domestic streaming segment. But it will pay off during 2014 as Netflix reaps the benefit of having a higher subscriber base (and thus more revenue).

As Netflix reaches higher penetration rates within the domestic market, it may need to continue investing in more marketing in order to keep the subscriber base growing rapidly. Still, as long as Netflix continues growing its domestic member base by more than 6 million subscribers annually, it will be money well spent!