Nintendo's (OTC:NTDOY) recent 70% and 20% reduction of Wii U and 3DS sales forecast for 2014 have garnered plenty of negative publicity. While it's still too early to proclaim that both the Wii U, which sold 5.5 million units, and 3DS, currently the best-selling console at 42.6 million units, are down for the count, Nintendo definitely has its work cut out for it in the coming year.

Yet gamers and investors should also note that Sony (NYSE:SONY) faces very similar problems with its handheld console, the maligned PS Vita, which has only sold 7.4 million units since its market launch in December 2011.

The PS Vita was Sony's enormously disappointing follow-up to the PSP, which launched in 2004 and went on to sell a whopping 80.7 million units worldwide.

Therefore, let's put Sony under the microscope and discuss three major reasons that the PS Vita, which was Sony's golden opportunity to dent Nintendo's dominance of handhelds, was such an utter failure.

The biggest problem with the PS Vita was that there simply weren't any games that made the console an essential purchase. To see where it all went wrong, let's take a look at the top five best-selling games for the PSP and PS Vita:

Considering that Take-Two's (NASDAQ:TTWO) Grand Theft Auto and Capcom's Monster Hunter games were so popular with PSP owners, Sony should have taken steps to guarantee the release of new PS Vita titles as well. 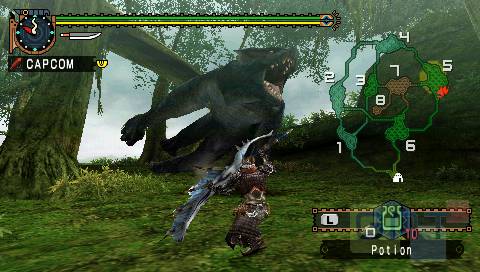 Take-Two hasn't released any new Grand Theft Auto titles for either the 3DS or PS Vita, but Capcom went on to release Monster Hunter 3 and Monster Hunter 4 (in Japan) for the 3DS instead.

PS Vita owners will finally get their first Monster Hunter game, Monster Hunter: Frontier G, later this year, long after its initial release for Microsoft (NASDAQ:MSFT) Windows, the Xbox 360, the PS3, and the Wii.

Instead of offering GTA or Monster Hunter to PS Vita owners, Sony has relied on trickle-down, spin-off titles of triple A franchises such as Uncharted, Assassin's Creed, and Call of Duty. The problem is that fans of those franchises favor large-screen gaming experiences over the shorter handheld adventures.

Therefore, Sony's neglect of GTA and Monster Hunter gave Nintendo, which already had a rich library of first-party titles, a massive advantage in the handheld console market.

Nintendo convinced consumers to purchase the 3DS for one major reason -- it offered new chapters of its flagship franchises in stereoscopic 3D, a unique experience that couldn't be replicated by other devices.

The PS Vita, on the other hand, was a more powerful PSP with a touch screen, camera, and motion sensors. It was also much beefier than the 3DS in terms of raw processing power, graphics abilities, and memory:

Although the PS Vita could even run PS3-engine games like Killzone: Mercenary, Sony failed to capitalize on that raw hardware advantage over the 3DS with must-own titles. 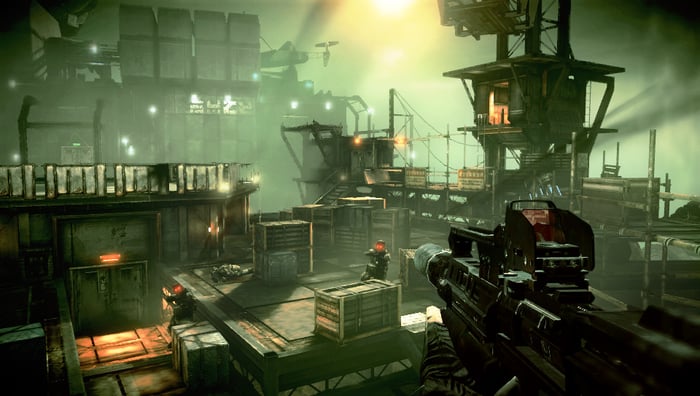 Meanwhile, Nintendo continues dominating the handheld market because it understands that handheld gamers, much like mobile gamers, prefer bite-sized, casual games rather than bloated titles with home console-like graphics. When compared side by side, the 3DS, with its two screens and stereoscopic 3D, is arguably a more impressive device than the PS Vita, which simply appears to be a larger PSP.

3. Sony keeps shooting itself in the foot while blaming the rise of mobile gaming

To make matters worse, Sony repeatedly upset customers with its confusing, unfulfilled promises for the Vita.

The most grievous offense was the cancellation of the PSP Passport program for North American gamers in February 2012. The PSP Passport would have allowed gamers to download their UMD PSP games onto the PS Vita for a small fee, thus making the system more fully backwards compatible. As a result, the North American PS Vita is only backwards compatible with titles originally downloaded from the PSP Store.

Cross-Play, Sony's system of allowing the PS Vita to interact with the PS3, was once touted as a revolutionary leap in second-screen gaming, but has only been implemented effectively in a handful of titles.

To further confuse consumers, Sony rolled out Remote Play, another feature, which allowed gamers to mirror a console game onto their handheld screen with the TV turned off, similar to Nintendo's Wii U. These features haven't gained much traction because they are considered superfluous by many consumers.

Lastly, rather than own up to the real mistakes that caused the PS Vita's failure -- the loss of third-party support, the higher price, the less appealing hardware features, and the lack of full backwards compatibility -- Sony has tried to sweep the PS Vita under the rug.

To cover up its problems with the PS Vita, Sony groups the console's sales together with the PSP during quarterly earnings reports. When discussing the PS Vita's failure, Sony's response is always the same -- the rise of mobile games on Apple (NASDAQ: AAPL) iOS and Google (NASDAQ: GOOG) Android smartphones and tablets have made life tough for handheld consoles.

While smartphones and tablets have gained importance as gaming devices, I noted in a previous article that Nintendo's 3DS occupies another market entirely. In fact, sales of 3DS games soared 45% year-over-year in 2013 -- indicating that the 3DS, and not mobile devices, is the primary cause of the Vita's decline.

Looking ahead, things look grim for the PS Vita. There's some hope that the PS Vita will find a niche as a Cross-Play or Remote Play device for the PS4, but I wouldn't hold my breath -- Sony has already sold 4.6 million PS4 units in two months, compared to the paltry 7.4 million PS Vita units that were sold over the past two years. In a year, there could easily be more than double the number of PS4s than PS Vitas on the market.

There are two faint glimmers of hope on the horizon, however. A worldwide release of the PS Vita Slim, currently available in Asia, could help win over new customers with its lighter frame and price tag of $190. Meanwhile, the PS Vita TV, a device that streams the handheld's display to a TV, could appeal to customers who want to play PS Vita games on a larger screen.

What do you think, fellow readers and gamers? Does Sony's PS Vita still have a chance of surviving, or is it doomed to fade away and be remembered as the company's last foray into portable gaming? Please share your thoughts in the comments section below!