Criticizing Nintendo (OTC:NTDOY) these days is easy -- the media believes that weak Wii U numbers and lack of third-party support will doom the former industry behemoth to be crushed by Sony (NYSE:SONY) and Microsoft (NASDAQ:MSFT).

On the surface, the numbers back that view -- the Wii U has only sold 5.3 million units worldwide despite arriving a year earlier than Sony and Microsoft, which have respectively sold 4.4 million PS4 and 3.1 million Xbox One units since their holiday launches in 2013.

Meanwhile, Nintendo's third-party support has been dismal -- nine out of 10 of the Wii U's top-selling titles were published in-house.

However, the media usually glosses over Nintendo's strength in handhelds with its popular 3DS family. The 3DS remains the top-selling console of the current generation, with 42.4 million units sold worldwide.

Therefore, even though Nintendo's Wii U numbers are underwhelming, the 3DS could be its turnaround device -- the same way Apple's (NASDAQ:AAPL) iPod transformed the company from a personal computer maker into a brand new one focused on portable media devices and handsets.

Let's take a closer look at how Nintendo's 3DS could help the company mount an Apple-like turnaround in 2014.

3DS by the numbers

To better understand the 3DS family, let's review the three types of 3DS handhelds currently on the market -- the 3DS, the 3DS XL, and the 2DS.

The main thing to notice about the 3DS is its tiered pricing scheme, and how it relates to the Wii U.

That leads into the second most important fact about consoles -- its software attach rate. Since consoles are generally sold at either a loss or thin margins, Sony, Nintendo, and Microsoft need new customers to constantly purchase games to actually generate profits.

It's all about the software

Console manufacturers generally take roughly a 30% cut of software sales, which means that a console's success should be measured by its software numbers, and not only by its hardware numbers.

Let's put Nintendo's software numbers into perspective with other handheld and home consoles:

When we focus on 3DS sales instead, Nintendo's position in the console race completely changes.

Therefore, solely focusing on the Wii U's failure rather than the 3DS' success is akin to focusing on Sony's poor Vita sales instead of its strong PS3 and PS4 sales figures.

When the original Wii hit its peak sales back in 2007 and 2008, comparisons between Nintendo and Apple were a dime a dozen. The two companies followed the same strategy of disrupting the market with new technologies that reached untapped markets beyond their traditional customer bases.

Prior to Steve Jobs' introduction of the iPod in 2001, Apple was as a niche personal computer manufacturer that had been marginalized by Microsoft's Windows empire. The iPod, however, went on to sell more than 350 million units worldwide, leading to the release of the iPhone in 2007 and the iPad in 2010.

Today, sales of the iPhone, iPad, and iPod together account for 75% of Apple's top line, while its Mac computers only account for 10%.

Nintendo now stands at a similar crossroads. It's clear that sales of the PS4 and Xbox One will soon overtake the Wii U, but that doesn't mean that Nintendo is doomed. Nintendo's virtual monopoly in handheld consoles could help it stage an Apple-like turnaround in 2014 and beyond.

Mobile enemies at the gate

That doesn't mean that the road is completely clear for the 3DS in the next few years, however.

The 3DS' main threat doesn't come from Sony or Microsoft -- it comes from smartphones and tablets powered by Apple iOS and Google (NASDAQ:GOOGL) Android.

Apple sold 33.8 million iPhones and 14.1 million iPads in the fourth quarter of 2013. Apple currently controls 12% and 40% of the smartphone and tablet markets, respectively, with most of the remaining market being carved up by Google Android devices.

That's a huge number of potential portable gaming devices in the market, all of which could pose a threat to Nintendo's 3DS family. Both the Apple App Store and Google Play Store boast over a million available apps each.

Many of these free and cheap games (under $5) could threaten Nintendo's 3DS titles, which can cost as much as $40 for a new release.

In addition, new devices such as Nvidia's SHIELD, the Ouya, and Logitech's PowerShell are trying very hard to overcome the lack of physical buttons on Android and iOS devices. Although these products haven't been huge hits, they are all aimed at disrupting Nintendo's dominance of stand-alone mobile gaming devices.

All of those mobile threats would seem daunting if not for a simple fact -- 3DS software sales still surged 45% year-over-year despite rising sales of smartphones and tablets.

Moreover, the biggest weakness of the Wii U -- its lack of third-party support -- is ironically the 3DS' greatest strength.

Just like the Wii U, nine out of 10 of its top selling 3DS titles were first-party releases. The top three 3DS titles -- Pokemon X/Y (9.4 million units), Super Mario 3D Land (9.2 million units), and Mario Kart 7 (9.1 million units) -- are exclusive reasons to play games on a 3DS rather than on an iPhone, iPad, or Android device. 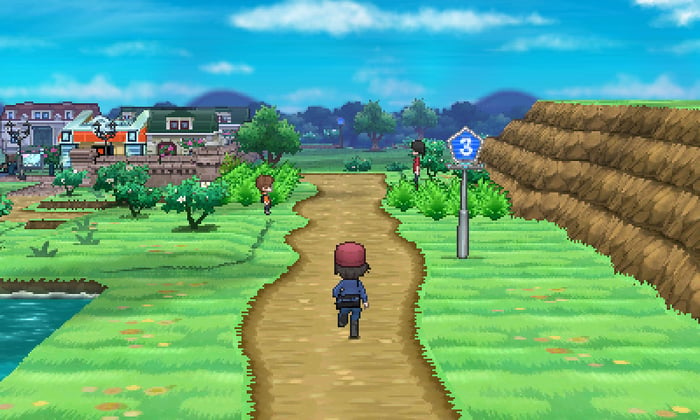 By comparison, the top selling iOS game of 2013, Mojang's Minecraft: Pocket Edition, sold 33 million copies on iOS and Android. That figure seems intimidating, but consider this -- since the game costs $6.99, it generated $231 million in revenue. Pokemon X/Y, with a retail price of $39.99, generated as much as $375 million in revenue.

When we compare those figures, the mobile gaming world isn't more profitable than the Nintendo 3DS at all. Customers generally don't think paying $40 for a new 3DS game is excessive, but they kicked up a huge fuss when Rovio sold Angry Birds: Star Wars for $50 on the PS4 and Xbox One.

In fact, a $7.99 game is already considered expensive on a mobile platform, due to the perception of 3DS titles as being "complete" games and mobile games as "light and casual" games.

In conclusion, it's easy to dismiss Nintendo as a "has been" when everyone is excited about Sony and Microsoft's shiny new consoles. However, that would be a huge mistake -- the biggest disruptions and turnarounds usually occur when people least expect them.

Therefore, instead of focusing on Wii U sales, investors and gamers should take a closer look at the untouchable niche that Nintendo effortlessly dominates with the 3DS. I wouldn't be surprised if the 3DS is to Nintendo what the iPod was to Apple -- the start of a new chapter for a company to grow beyond its core competencies.

Want to learn more about the gaming industry?