Please ensure Javascript is enabled for purposes of website accessibility
Log In Help Join The Motley Fool
Free Article Join Over 1 Million Premium Members And Get More In-Depth Stock Guidance and Research
By Leo Sun – Aug 1, 2014 at 10:43AM

Why did strong sales of ‘Mario Kart 8’ fail to keep Nintendo in the black during the first quarter?

Nintendo (NTDOY 391.47%) recently reported its first-quarter earnings, and investors expecting a comeback were sorely disappointed. Nintendo's revenue slumped 8.4% year-over-year to 74.7 billion yen ($727 million), and it remained in the red with a net loss of 9.9 billion yen ($97 million). 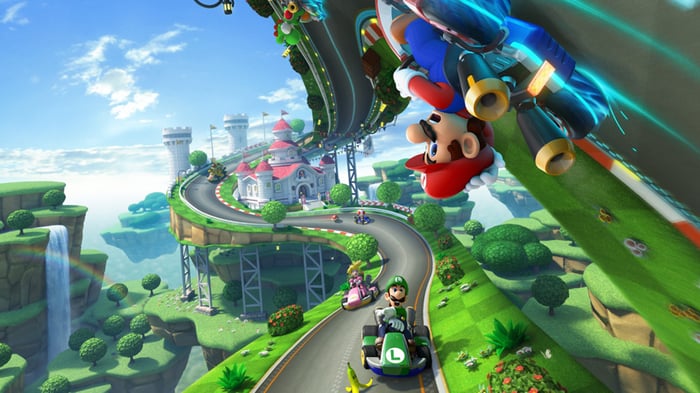 However, the most disappointing part of Nintendo's earnings report was Mario Kart 8. Although Nintendo sold 2.82 million copies of the game during the quarter, it only sold 510,000 Wii U units, meaning that most gamers who bought Mario Kart 8 already owned the console.

So why didn't strong Mario Kart 8 sales translate to stronger Wii U sales? Let's take a closer look at some details that gamers and investors might have missed.

Mario Kart Wii vs Mario Kart 8
Many Nintendo investors had hoped that Mario Kart 8 would replicate the success of Mario Kart Wii, which sold a whopping 34.6 million copies and remains the third-best-selling game of all time. 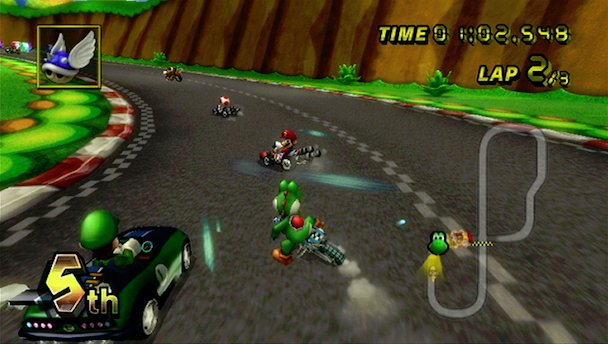 But Mario Kart Wii was launched in a much different market than the one Nintendo faces now. When Nintendo released Mario Kart Wii in April 2008, it had already sold nearly 30 million Wii consoles. The growth trajectory was steep -- Nintendo finished fiscal 2007 with 5.8 million units sold, fiscal 2008 concluded with 24.5 million units, and sales surged to 50.4 million by the end of fiscal 2009. By the time the Wii was discontinued across most of the world last year, it had sold 101 million units, finishing the seventh-generation console race far ahead of Sony's PS3 and Microsoft's Xbox 360.

Those were the good old days. Nintendo launched Mario Kart Wii just as the motion-based console started to charm mainstream consumers. But with the Wii U, Nintendo failed to capitalize on its year-long head start due to the console's confusing form factor, poor marketing, and a lack of compelling first- and third-party titles. Mario Kart Wii was icing on Wii's cake, but Mario Kart 8 was the Wii U's lifeline for survival.

Mario isn't out of lives yet
Although Mario Kart 8 failed to move enough consoles off the shelves, the Wii U isn't down for the count yet. Selling 510,000 Wii U units during a quarter is a huge improvement from the 160,000 it sold in the prior-year quarter. Software sales also soared from 1.03 million to 4.39 million, thanks to Mario Kart 8.

Looking ahead, things should get better for Nintendo. Between now and the end of 2014, Nintendo will release Hyrule Warriors, Bayonetta 2, and Super Smash Bros for Wii U. It will also launch its interactive Amiibo figurines, which could grow into a major new source of revenue. All of those products could help Wii U sales gradually improve into the end of the year.

However, sales of the 3DS -- the best-selling current-generation console, at 45 million units -- appear to be peaking. Nintendo sold only 820,000 3DS units during the quarter, down from 1.4 million units a year ago. Super Smash Bros. for 3DS -- which can ferry player data to the Wii U version via Amiibo figurines -- might keep gamers interested in the 3DS and help sales rebound.

Nintendo retained its forecast for sales of 3.6 million Wii Us and 12 million 3DS handhelds by the end of the fiscal year in March 2015. If Nintendo can hit those targets, strong titles like Yoshi's Woolly World, Mario Party 10, Captain Toad: Treasure Tracker, and The Legend of Zelda Wii U could keep the momentum going into fiscal 2015.

Will Nintendo shift its business strategy?
Following Nintendo's admittedly disappointing first quarter, we will probably hear the same tired demands for Nintendo to make mobile games, charge more microtransactions in its games, abandon the Wii U, and become a software-only company.

Yet there's one strategy that I believe Nintendo should pursue -- acquiring third-party publishers with its $9.46 billion in cash and short-term equivalents. Taking over two publishers -- Capcom and Square Enix -- makes the most sense for Nintendo.

Capcom, which has a market cap of $1.2 billion, is home to iconic characters like Mega Man, Captain Commando, and the Street Fighter characters. Square Enix, which is valued at $2.4 billion, owns Final Fantasy, Dragon Quest, Tomb Raider, Deus Ex, and Hitman -- making it a great way to straddle both the Eastern and Western markets with a single acquisition.

Acquiring these publishers would be a solid way to diversify Nintendo's first-party titles away from its core flagship characters. It would also allow Nintendo to secure exclusive titles and profit from cross-platform releases of Capcom and Square Enix games on the PS4 and Xbox One.

The Foolish takeaway
If Nintendo continues launching strong games throughout the rest of the year, the Wii U could remain a solid alternative to Sony's PS4 and Microsoft's Xbox One. Amiibo could also become a solid pillar of growth for the company.

Although Nintendo has temporarily spun out on a banana peel with Mario Kart 8, it might still prove that a slow-and-steady strategy can eventually win the race.

Leo Sun has no position in any stocks mentioned. The Motley Fool owns shares of Microsoft. Try any of our Foolish newsletter services free for 30 days. We Fools may not all hold the same opinions, but we all believe that considering a diverse range of insights makes us better investors. The Motley Fool has a disclosure policy.