Nintendo expects a 70% drop in Wii U sales for fiscal 2013. Let’s take a look at 3 big reasons that the underdog eighth-generation console failed.

Last week, Nintendo (NTDOY 0.49%) made the unsurprising announcement that its Wii U had flopped and its 3DS sales were on the ropes.

Nintendo slashed its original full-year Wii U sales forecast by nearly 70% to 2.8 million units, and also reduced its full-year forecast for the handheld 3DS by 25% to 13.5 million units. 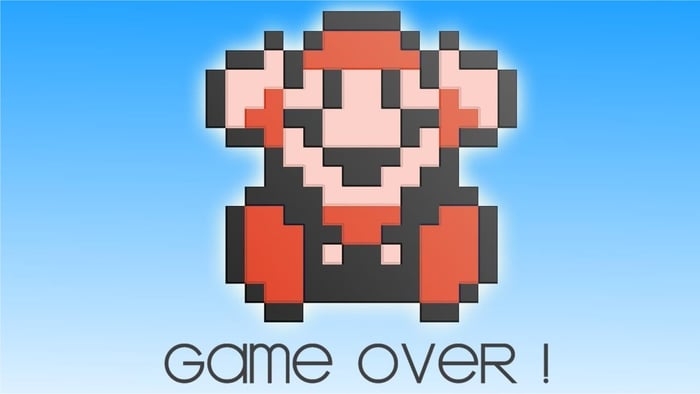 Following that bleak announcement, Nintendo's Japanese shares plunged 11% while its U.S.-traded ADRs fell 17%. Despite the year's disastrous results, Nintendo President and CEO Satoru Iwata still intends to remain at the helm of the troubled gaming giant.

While it's too early to tell what Nintendo's next move will be, we should take a closer look at three major reasons that the Wii U failed, and if Nintendo still has a chance to bounce back from these mistakes.

1. The naming and marketing of the Wii U

The biggest mistake was the simplest one -- Nintendo completely dropped the ball when it named and introduced the Wii U.

The original Wii, which sold 101 million units, blew away Sony's PS3 (82 million units) and Microsoft's Xbox 360 (81 million units) because it drew sales from the previously untapped market of casual gamers. This was due to the simplicity of the Wii's motion controls and the universal appeal of titles such as Wii Sports, the best-selling game in history.

But therein lies the problem -- many Wii owners are not hardcore gamers who keep up with the latest gaming headlines. Therefore, when the Wii U was launched in November 2012, retailers and customers were baffled as to what the console actually was.

Wii U (L) compared to the Wii (R) caused plenty of confusion for retailers and customers.

Sears (SHLDQ), for example, mislabeled Wii U titles as original Wii games and grouped Wii and Wii U hardware into the same category. That kind of confusion, which occurred in other retailers as well, trickled down to customers, who thought that the Wii U was just another upgrade of the original Wii, similar to the Wii Balance Board and Wii Motion Plus in 2009.

To make matters worse, Nintendo discontinued the original Wii last October in Japan, which led to worldwide headlines proclaiming "the end of the Wii." Yet that wasn't the case -- Nintendo continued selling the original Wii in the United States, and even introduced a smaller version, the Wii Mini (which further confused customers) in November.

Yet many people still can't properly explain the difference between a Wii, Wii Mini, and Wii U. All of that drama could have been avoided if Nintendo gave the console a clearer name, such as the "Wii 2", and gave it a loud and dramatic launch like Sony and Microsoft.

A second major problem with the Wii U was its form factor.

The design philosophy behind the original Wii was simple -- its motion controls could help gamers stay fit, the console would be compact to fit smaller Japanese homes, and raw horsepower wouldn't be a top priority, since its games would be geared toward casual gamers.

While not everyone agreed with Nintendo's original Wii strategy, it worked.

By comparison, the design philosophy behind the Wii U was chaotic. The Wii U's main controller, the Wii U GamePad, has an embedded touchscreen that can either be used as a secondary display for the main TV or as the main screen when the TV is turned off or in use. However, the player has to keep the Wii U console on and stay within 26 feet to remain connected.

The Wii U's second screen was often mistaken for an add-on tablet peripheral for the original Wii. (Source: Cnet.com)

The Wii U is also compatible with previous hardware (the Wii remote, nunchuk, balance board, classic controller) as well as software for the original Wii, which made it look more like an upgrade to the original Wii than a completely new system.

Therefore, gamers only had two real reasons to purchase a Wii U -- for second screen gaming and exclusive Wii U titles. If those two conditions weren't met, then the original Wii was a better option.

Ever since many of Nintendo's third-party allies abandoned the gaming giant for Sony during the N64 era, Nintendo's first-party franchises -- Mario, Zelda, Metroid, Donkey Kong, Star Fox, and others -- have taken center stage.

Ever since the Wii era, however, Nintendo's output of first-party solo titles (featuring an individual character's franchise) has declined. Although nine out of the 10 top-selling Wii titles were published by Nintendo, only two of them -- New Super Mario Bros. Wii and Super Mario Galaxy -- are considered solo titles.

The rest of Nintendo's lauded "first-party" titles are mostly all-star racing games (Mario Kart), fighting games (Smash Bros.), or party games (Mario Party), which feature many of Nintendo's most popular characters in rehashed versions of older titles that debuted during the N64 era.

Nintendo is still pumping out Mario titles, most notably Super Mario 3D World, but its upkeep of other major franchises has faltered. During the Wii era, Nintendo released two full Zelda titles -- Twilight Princess and Skyward Sword -- although the former was a shared title with the sixth-generation GameCube.

More than a year after the Wii U's launch, a next-generation Zelda title still hasn't arrived yet. Nintendo is trying to remedy the problem with the Dynasty Warriors crossover Hyrule Warriors, but it's hardly a satisfying new chapter for true Zelda fans. 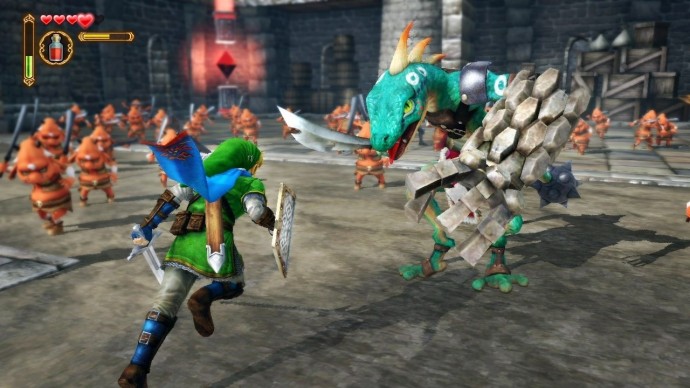 The list doesn't stop there -- Nintendo's other core franchises have stalled out after the Wii era, in favor of remade classics (Ocarina of Time, Wind Waker) and all-star party games.

Nintendo is clearly spreading out its franchises too thin -- its 3DS, with 42.4 million units sold worldwide, has taken total priority over the Wii U. Therefore, 3DS gamers are getting better first-party titles, such as The Legend of Zelda: A Link Between Two Worlds, while Wii U gamers are getting left out in the cold.

If Nintendo can't fix these three mistakes by 2014, the Wii U might be discontinued altogether so the company can focus on the 3DS, which remains the top selling console of the current generation.

What do you think, dear readers? Can the Wii U still bounce back after falling on its face every step of the way? Let me know in the comments section below!

Fool contributor Leo Sun has no position in any stocks mentioned. The Motley Fool owns shares of Microsoft. We Fools may not all hold the same opinions, but we all believe that considering a diverse range of insights makes us better investors. The Motley Fool has a disclosure policy.