Capcom just announced at San Diego Comic-Con 2014 that Link, the hero of Nintendo's (OTC:NTDOY) The Legend of Zelda, will be a playable character in Monster Hunter 4 Ultimate for the Nintendo 3DS. The game, which is the Western version of Japan's Monster Hunter 4G, will arrive in early 2015.

The new trailer reveals Link wielding the Master Sword, the Hylian Shield, his traditional weapons, along with the standard Monster Hunter weapons.

This crossover is an interesting one, since it marks the third time over the past year that Nintendo has "loaned out" Link to a third-party developer. Link previously appeared in a free DLC for Sega's Sonic Lost World called The Legend of Zelda Zone, which was released on March 27. Link will also appear in Tecmo Koei's Dynasty Warriors crossover, Hyrule Warriors, on Sept. 26. In previous years, Link appeared in Namco Bandai's Soulcalibur II (2003) and in Dynasty Warriors VS (2012) for the Nintendo DS as an unlockable costume.

Let's take a look at why Link will appear in Monster Hunter, and what his appearance can teach us about Capcom and Nintendo's business strategies.

The business of monster hunting
Capcom's Monster Hunter is a massive franchise in Japan. The series was one of the most popular series on Sony's (NYSE: SNE) PSP, and has also been released on the PS2, PS3, Wii, Wii U, Microsoft's (NASDAQ: MSFT) Xbox 360, and Apple iOS devices. 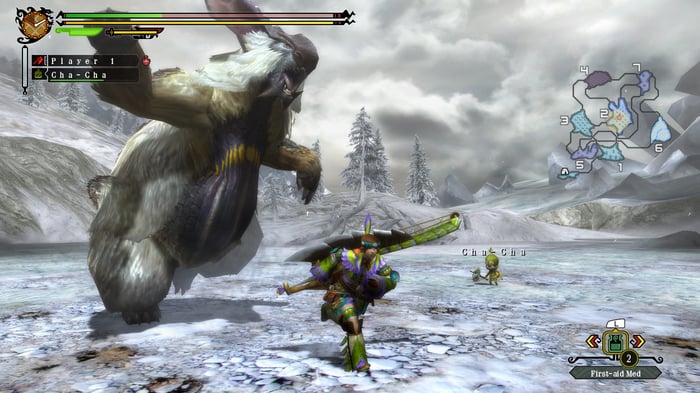 Since Monster Hunter is now gaining ground in North America -- home to 14 million of the 45 million 3DS units across the world -- it makes sense to find ways to "Westernize" the title to boost overseas sales. Nintendo's flagship characters, like Link, are the key to unlocking that market.

Why Link is such a superstar
Link has held a special place in American gamers' hearts ever since The Legend of Zelda (1986), and sales figures show just how much he is loved.

Therefore, it makes perfect sense to merge Monster Hunter, a hugely popular series in Japan, with Nintendo's Legend of Zelda, which is a gaming superstar to Western audiences. This is exactly why Tecmo Koei turned Dynasty Warriors, another series that is more popular in Japan than overseas markets, into the Zelda crossover Hyrule Warriors.

First, these crossover titles help Nintendo keep a steady stream of non-canon Zelda titles flowing onto the 3DS and Wii U. This can satisfy gamers who are eagerly waiting for the Legend of Zelda Wii U and next 3DS Zelda adventure to arrive.

Second, crossover games help Nintendo secure exclusive third-party titles -- a key Nintendo weakness that has haunted the company ever since the Nintendo 64. It also helps Nintendo convince its key third-party allies in Japan -- Tecmo Koei, Bandai Namco, Capcom, and Square Enix -- to launch exclusive titles in Western markets as well. Although there is a perception that Japanese publishers are being outgunned financially by Western triple-A publishers like Electronic Arts and Activision Blizzard, they can still provide Nintendo with more exclusive titles that both Sony and Microsoft lack.

Last but not least, by letting third-party publishers borrow Nintendo's flagship characters for new adventures, Nintendo keeps its characters exclusive to its hardware, while offsetting the costs of developing its own first-party titles.

The Foolish takeaway
Capcom's inclusion of Link in Monster Hunter 4 Ultimate might seem like a minor announcement, but it reveals a lot about the Monster Hunter and Zelda series, their respective popularity in Japan and the West, and the advantages of licensing Nintendo's characters to third-party developers.

Therefore, if Monster Hunter 4 Ultimate sells well in the U.S., we could definitely see a lot more of Link and other flagship Nintendo characters hanging out in other third-party games on the 3DS or Wii U.