Please ensure Javascript is enabled for purposes of website accessibility
Free Article Join Over 1 Million Premium Members And Get More In-Depth Stock Guidance and Research
By Leo Sun - Jul 8, 2014 at 8:03AM

Fans of Nintendo's ( NTDOY 3.19% ) flagship Legend of Zelda series can look forward to three new games on the 3DS and the Wii U in the near future.

Hyrule Warriors, a Dynasty Warriors/Zelda crossover, will arrive on the Wii U this September. A new Zelda title for the Wii U will then launch in 2015, followed by one for the 3DS. Let's take a closer look at what these three games mean for Nintendo's future.

Hyrule Warriors
Hyrule Warriors, the only one of the three Zelda titles with a confirmed release date, is not a "true" Zelda game. It is a collaboration between Tecmo Koei and Nintendo, which combines the manic hack-and-slash gameplay mechanics of Tecmo Koei's Dynasty Warriors with the iconic characters of the Zelda series. 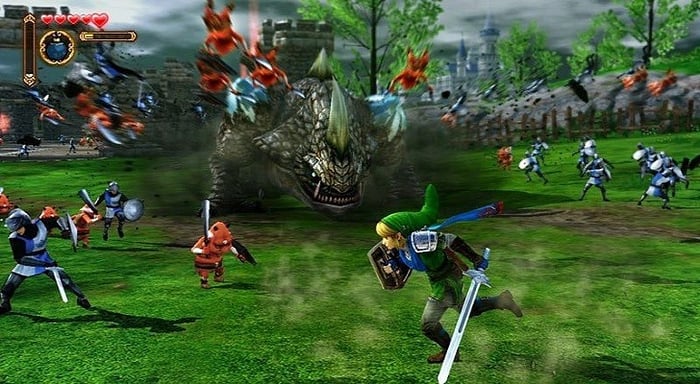 For Tecmo Koei, it is a continuation of using its gameplay mechanics in crossover titles. Tecmo Koei has already developed popular anime crossover titles -- such as Dynasty Warriors: Gundam and One Piece: Pirate Warriors -- which were both published by Namco Bandai. The appeal of Tecmo Koei's business model is that it allows another company to quickly launch a "new" title by simply replacing the classic Dynasty Warriors characters and settings with new ones.

This isn't the first time Nintendo has combined the Zelda franchise with another game series. Sega released a free Legend of Zelda Zone DLC for Sonic Lost World on the Wii U in March, which featured Sonic, dressed as Link, speeding through familiar locations in Hyrule and battling Link's classic enemies. The Zelda Zone DLC, like Hyrule Warriors, isn't a "proper" Zelda game, but it's a fast, easy, and cheap way to tide gamers over until the next proper Zelda game arrives on the Wii U.

Designer Shigeru Miyamoto noted that the new Zelda game would "break down" the classic Zelda idea of dungeons being "levels," and instead emphasize exploration. Miyamoto's comments address a common criticism of Japanese games -- that they are too linear compared to their Western counterparts. Zelda series director Eiji Aonuma has suggested that the game will feature new ways to utilize the Wii U GamePad and multiplayer elements.

The problem with Zelda Wii U is that despite all the hype about new Zelda games, the series has posted extremely inconsistent sales. Ocarina of Time (1998) sold 7.6 million copies on the N64, but Majora's Mask (2000) only sold 3.4 million copies. Twilight Princess (2006) soared to a series high with sales of 8.6 million copies (7 million on Wii, 1.6 million on GameCube), but sales of Skyward Sword (2011) plunged to 3.8 million copies.

In my opinion, that inconsistency is a result of Nintendo overhauling the gameplay with every new Zelda game -- a tradition dating back to The Adventure of Link (1987) for the 8-bit NES. Majora's Mask replaced the highly acclaimed gameplay in Ocarina of Time with mask-based transformations and a looping three-day cycle. Skyward Sword placed a much heavier emphasis on motion-based swordplay than Twilight Princess.

While those changes were bold and innovative, they arguably alienated gamers who considered Ocarina of Time (from which Twilight Princess retained many gameplay elements) to be the "gold standard" of modern Zelda games. Therefore, Nintendo needs to tread very carefully with any major gameplay changes it makes to The Legend of Zelda Wii U.

The Legend of Zelda for 3DS
The handheld Zelda titles have also experienced a similar sales decline. Despite being critically loved with a critics' score of 91% at Metacritic, the newest 3DS Zelda title, A Link Between Worlds (2013), has only sold 2.1 million copies. That's a huge drop from the 5 million copies that Phantom Hourglass (DS, 2007) sold, and much lower than Spirit Tracks' (DS, 2009) sales of 3.3 million.

There are two possible reasons for this decline. First, the DS has sold 155 million units worldwide, compared to 45 million 3DS units -- meaning that Phantom Hourglass and Spirit Tracks simply had a larger audience. Second, 3DS gamers might not be interested in top-down Zelda adventures like A Link Between Worlds anymore. For example, the 3DS remake of the fully 3D Ocarina of Time actually outsold A Link Between Worlds with sales of 3.4 million units. 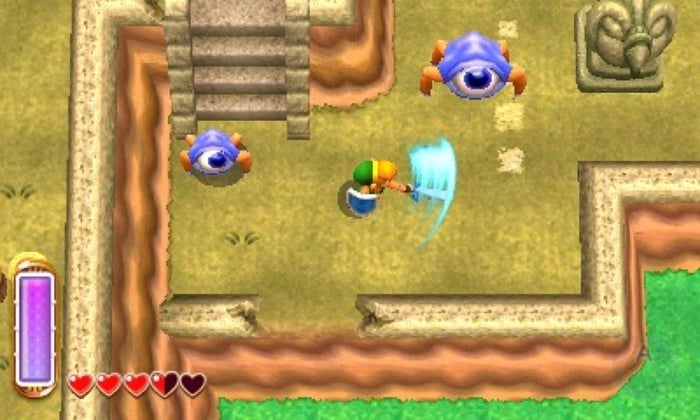 This means that the next Zelda title for the 3DS should replace the traditional top-down view with a full 3D environment, similar to Ocarina of Time, Wind Waker, and Twilight Princess.

Nintendo hasn't confirmed much about the new 3DS game beyond its existence, but Miyamoto teased that the company was mulling over ideas that "have not been announced yet" for the new title. Whether or not this means more gameplay changes -- like shrinking in Minish Cap or turning into a painting in Link Between Worlds -- remains to be seen.

The Foolish takeaway
In conclusion, Nintendo faces more challenges with The Legend of Zelda than it does with more casual series like Mario Kart, Super Smash Bros., and Mario Party. Whereas fans of those series are satisfied with fresh coats of paint and incremental gameplay improvements, Zelda fans demand innovation as well as classic gameplay elements.

This means that Nintendo must introduce new Wii U and 3DS Zelda titles with bold new improvements without going too far. For now, Nintendo is keeping Wii U gamers satisfied with "new" gameplay with Sonic Lost Worlds and Hyrule Warriors. But looking ahead into 2014 and 2015, successful launches of new Zelda games could boost sales of the Wii U and 3DS and help the gaming giant quickly recover lost ground against Sony's (NYSE: SNE) PS4.