Over the past two years, there's been plenty of speculation regarding Nintendo's (OTC:NTDOY) elusive Legend of Zelda title for the Wii U.

In late 2012, reports claimed that the Wii U Zelda had the largest development team of any Zelda game, and that the title would be the biggest and most ambitious chapter of the franchise to date. The reports also stated that the game would share the same visual style as Skyward Sword (Wii, 2011), upgraded to full HD with dedicated tablet controls.

Since then, longtime Zelda series producer and director Eiji Aonuma has dropped plenty of hints. In a March 2013 interview in 4Gamer, Aonuma confirmed that the game will fully utilize tablet controls, and that it wouldn't be "traditional". In a recent interview with Official Nintendo Magazine, Aonuma stated that the next title might feature a classic top-down perspective, similar to the 8-bit, 16-bit, and handheld titles. 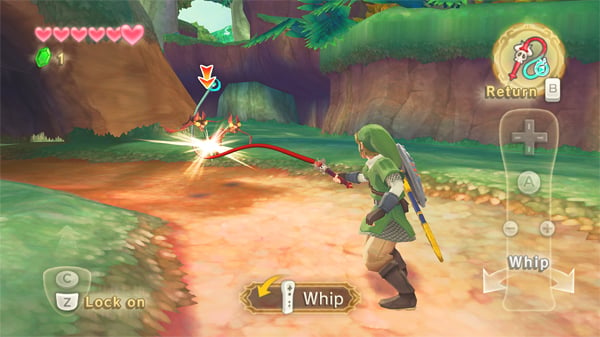 However, there are really only two questions on the minds of Nintendo investors at the moment -- when the game will arrive, and if it can boost sales of the ailing Wii U, which has slumped into second place behind Sony's (NYSE:SNE) PlayStation 4 despite launching a full year earlier. To date, the Wii U has sold 6.1 million units, compared to 7.2 million PS4 units and 5 million Microsoft (NASDAQ:MSFT) Xbox Ones.

The next Zelda title is expected to be announced at E3 2014 in June, but I have doubts that the game, no matter how critically acclaimed it is, can save the Wii U on its own.

Interest in The Legend of Zelda is declining
Although the 28-year-old Legend of Zelda franchise is one of the most enduring game series in history, sales have been very bumpy over the years. 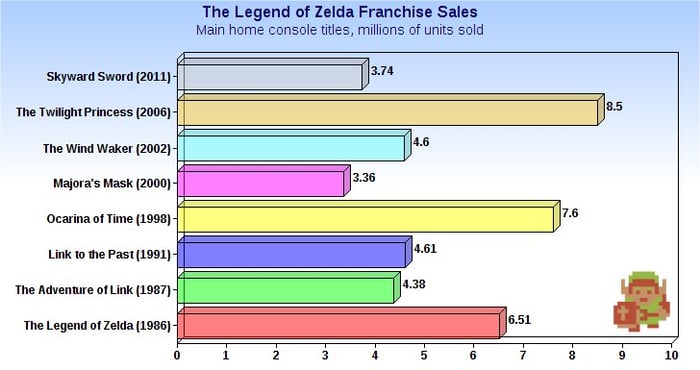 While Twilight Princess, which was launched on both the GameCube and Wii, was the best-selling Zelda title ever, Skyward Sword was the second-worst selling title in the series after Majora's Mask for the N64.

What's puzzling about Skyward Sword's weak sales is that it was released on the Wii, which was a much more popular console (101 million units sold) than the N64 (33 million units sold). However, Nintendo released Skyward Sword too late in the Wii's life cycle -- by November 2011, sales of Wii U hardware fell 35% year-over-year, while software sales plunged 40%.

Are Wii U sales too weak to justify a release?
Considering that there are only 6.1 million installed Wii U units, it's easy to understand why Nintendo might be hesitant to release a flagship Zelda title for the platform. Even if every single Wii U owner bought a copy of the game, it would still fall woefully short of the 8.5 million copies that Twilight Princess sold.

Nintendo's 3DS, on the other hand, has a much larger user base of 44 million players. That's why Nintendo released The Legend of Zelda: A Link Between Worlds for the 3DS last December, but has since only announced two crossover Zelda titles for the Wii U: Hyrule Warriors, a Dynasty Warriors/Zelda crossover from Tecmo Koei, and a free Legend of Zelda Zone DLC level in Sega's Sonic Lost World.

However, a comparison between A Link Between Worlds and previous handheld Zelda titles also reveals a steady decline in sales. 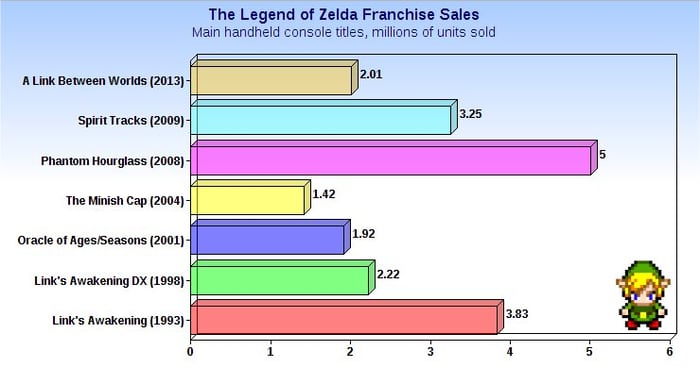 Sales of A Link Between Worlds might rise throughout 2014, but it won't likely outsell Phantom Hourglass or Spirit Tracks. Therefore, it appears that interest in the Zelda series, on both home consoles and handhelds, is waning.

That's why Nintendo keeps pumping out variants of its classic Mario titles, such as Super Mario 3D World, New Super Mario Bros., and Mario Kart 8 -- it's simply following the money and sticking with what works. Unfortunately, that also traps Nintendo in a nostalgia-driven negative feedback loop that prevents it from moving forward.

With Zelda, however, Eiji Aonuma and Shigeru Miyamoto like to keep things fresh. Every new Zelda installment adds something new to the equation -- whether it be reliving the same three days repeatedly (Majora's Mask), sailing the seas (Wind Waker), changing into a wolf (Twilight Princess), shrinking (Minish Cap), or even turning into a painting (Link Between Worlds). Some of these improvements are arguably gimmicky, but they keep the franchise fresh while retaining the classic elements of the game.

A new Triforce might not be enough to save the Wii U
In conclusion, I love the Zelda series, but I fail to understand why Wii U Zelda is constantly considered one of the top games that could "save" the Wii U. It's not -- sales of both the home and handheld titles are waning, and Mario-related games outsell them by a wide margin.

If any game can ignite interest in the Wii U again, it's Mario Kart 8. The last home console release of the series, Mario Kart Wii (2008), sold a whopping 34 million copies. That's why Nintendo will soon launch the Mario Kart bundle -- which includes the Wii U Deluxe system, Mario Kart 8, a Mario Wii Wheel controller, and a Mario Wii Remote Plus controller -- for only $330 in North America.

So what do you think, fellow gamers? Will the upcoming Wii U Zelda game be a huge hit that puts the Wii U back on the map again, or will it suffer the same fate as Skyward Sword and fail to find an audience?