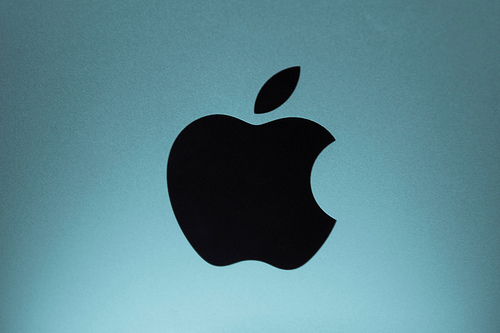 Apple (NASDAQ:AAPL) beat analysts' earnings estimates on Monday afternoon, with EPS of $14.50, compared to the average estimate of $14.09. However, this accomplishment didn't sit well with investors.

First of all, Apple's revenue growth slowed to less than 6% -- in line with analyst estimates, but still not very impressive. Second, Apple's revenue guidance for the March quarter was worse than expected. In fact, the midpoint of the guidance implies a year-over-year sales decline! Third, iPhone sales growth appears to be slowing to a crawl: Apple sold just 51 million iPhones last quarter, well below what I and most other Apple followers had expected.

As a result of these disappointments, Apple stock fell as much as 9% on Tuesday morning to hover just above the $500 mark. Yet this negative reaction is overblown. While Apple's results were certainly nothing to celebrate, they weren't terrible either. Most importantly, the company's valuation remains very compelling, especially after its recent drop.

What worked
In several respects, Apple's quarter was actually stronger than expected. (After all, how else could it have beaten analysts' earnings estimates?) Most notably, gross margin was 37.9%, which exceeded the 36.5%-37.5% guidance range. This was still below Apple's 38.6% gross margin from the prior-year quarter -- however, a change in Apple's revenue deferral policy completely accounts for the drop.

Therefore Apple investors can stop worrying about a spiral of declining profit margins. For next quarter, Apple expects its gross margin to remain roughly flat with the prior-year figure of 37.5%, despite the continuing impact of the revenue deferral. As a result, Apple is on track to post stable or improving margins for the full year.

iPad and Mac sales were also bright spots last quarter. While my projection that Apple would sell 28 million iPads turned out to be too optimistic, the company still grew iPad unit sales 14% year over year to 26 million, coming in ahead of what most Wall Street analysts expected.

Is the iPhone done growing?
If there's one reason why investors are panicking about Apple's latest quarterly earnings report, it's the fear that the iPhone -- Apple's main engine -- is done growing. The iPhone represented more than 56% of Apple's revenue last quarter. Moreover, it carries higher margins than other Apple products, so it could easily account for two-thirds to three-quarters of Apple's earnings.

Investors seem to be worried that iPhone demand is eroding. Source: Apple.

Thus, if iPhone sales are really stagnating, it will be tough for Apple to generate any future earnings growth. However, iPhone sales growth is likely to strengthen later this year for two reasons.

First, U.S. iPhone sales fell last quarter. Some people have blamed this on the growth of no-contract/no-subsidy plans pushed by T-Mobile (NASDAQ:TMUS)and others, but there may be a more banal explanation. Verizon (NYSE:VZ) and AT&T (NYSE:T) changed their upgrade policies last year to make postpaid customers wait a full 24 months, rather than just 20 months. The timing of those changes is delaying some upgrades from last quarter and the current quarter until the spring. However, after that, the effect will be relatively small.

Second, Apple recently began selling the iPhone through China Mobile (NYSE:CHL), which is the world's largest wireless carrier with around 750 million subscribers. However, it will take a while for this new massive sales channel to ramp up, something that some Apple bulls previously overlooked.

Tim Cook noted on Apple's earnings call that China Mobile has only rolled out 4G service in 16 cities so far, but it plans to grow that to 300 cities by the end of the year. This will greatly expand Apple's reach within China. The biggest opportunity will come with the launch of Apple's next-generation iPhones later this year. Apple may release a larger-screened phone, attracting a new high-end clientele, and it will also probably drop the iPhone 5C to a more affordable price point then.

Foolish bottom line
Apple turned in a mixed performance in its December quarter. iPad and Mac sales grew nicely, and the company's gross margin is now stabilizing around 38%. Combined with Apple's ongoing share repurchase program, this was enough to drive a 5% jump in EPS, to $14.50 -- beating the average analyst estimate.

However, investors are currently ignoring these positives because of the fear that the iPhone is about to crash and burn. That's not likely to happen. The China Mobile iPhone rollout will continue to gain steam over the next several quarters as the carrier adds new 4G cities, and particularly after Apple refreshes its product portfolio. Meanwhile, Apple's U.S. iPhone sales should bounce back this spring when the impact of the Verizon and AT&T upgrade policy changes will moderate.

In short, Apple still has a clear path to steady (if not rapid) profit growth -- without even looking at the potential impact of new product categories. Yet the company trades for less than 10 times trailing earnings, after deducting Apple's massive cash pile from its stock price. Investors should therefore consider Apple's recent drop as a potential buying opportunity rather than a sell signal.