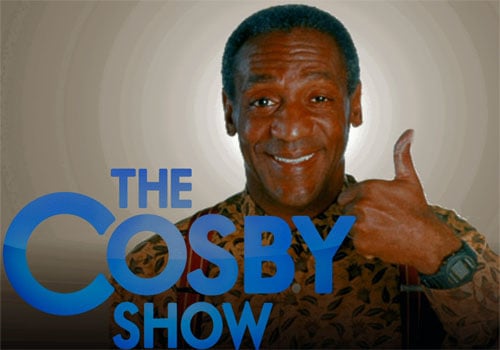 It's pilot season (for everybody but Fox) and that means get ready for an onslaught of big-name stars signing on for new small-screen projects. While landing a big name doesn't guarantee a series pickup, it certainly helps and gives fans and critics a renewed sense of hope that the next great TV series could be just around the corner. Over the last week, three "A-list" names signed on the dotted line -- two of those cases were able to bypass the pilot process altogether. Regardless, each could bring a big boost to their newfound networks (and their company stock prices).

Arguably the biggest name this pilot season has technically been a free agent since 2000, the year his last comedy series went off the air. After a well-received Comedy Central stand-up special and a massive wave of nostalgia, Cosby will be among the familiar faces hitting the airwaves this fall. Noted TV vet Tom Werner will again produce the comedy, which was first reported by Deadline.com. While the name hasn't been revealed yet (though it's safe to say Cosby's name will probably be worked in somewhere), the plot will again look at a multi-generational family anchored by the legendary comedian.

If The Michael J. Fox Show had worked than NBC would be over the moon right now at the prospect of having these two iconic actors fronting shows on the same night. Yet, that's "if," because in all likelihood, Fox's show is done and Cosby's new venture could easily take over its time slot. Still Cosby is a huge get for any network and his return is a big deal, especially for NBC, which will more than likely once again reboot its entire Thursday night lineup.

The Cosby Show was a massive hit for NBC and despite the Twitter-verse responding with its typical brand of snark and sarcasm, this should not be seen as the network scraping the bottom of the barrel to save its ratings. Cosby's trademark humor and swagger still plays with nearly every generation and as long as the writing is strong, audiences will be happy to invite the actor back into their living rooms this fall.

Arguably Sharon Stone's last high-profile role was on TV as a recurring guest star on Law & Order: SVU, and before that it was a three-episode stint on Showtime's now defunct Huff. But the actress still carries enough cachet to be a hot commodity to headline a drama. TNT apparently agrees and has inked the actress to join Agent X. Stone would star as the wife of a vice presidential candidate who takes over his place on the ticket after he unexpectedly passes away. After she wins the election and becomes the nation's VP, she learns the position carries a hidden assignment; oversee "Agent X," an operative charged with protecting the Constitution.

Leave it to TNT to pick up a pilot with the above premise -- after all the network's motto may as well as be "go big or go home." Remember the channel has two high-profile projects slated for 2014, including The Last Ship starring Eric Dane (Grey's Anatomy) and Legends with Sean Bean (Game of Thrones). Like Agent X, both have larger-than-life premises and are more in step with network staple Falling Skies than Major Crimes and Rizzoli & Isles.

While TNT isn't abandoning the cop drama genre, it has slowly been expanding its perimeters to reflect the changing tastes of it audiences. Still Stone's project, plus Ship and Legends, all speak to Turner's real motto "We Know Drama" and each of these will certainly ratchet up the stakes more than just another mismatched partner procedural.

(NASDAQ:NFLX)Coach Taylor is set for a return to TV… again. After Showtime decided to pass on his The Vatican pilot, Netflix has scooped up Kyle Chandler for a new series. The untitled drama revolves around a group of adult siblings whose lives are upended with the return of their black sheep brother (played by Ben Mendelsohn from The Dark Knight Rises). From the producers of Damages, the series has a 13-episode order and could air as early as late 2014.

Not to sound to cliché, but with this casting, Netflix really did score a touchdown. The Emmy-winning Friday Night Lights star was one of the most in-demand actors out there for the past few pilot seasons and when his Showtime pilot The Vatican was excommunicated from the network the other week, it had to have ignited a feeding frenzy for the affable actor.

The untitled series will only strengthen Netflix's roster of original programs headlined by House of Cards and Orange Is the New Black, but the difference is this one has more of a shelf life. Cards will eventually collapse without lead Kevin Spacey (who will more than likely look to return to the stage or big screen sooner than later) and realistically Orange is set during a finite period of time.

In addition, should Spacey exit the fold (and I think I speak for most fans when I say I hope he doesn't), the network will need a marquee name and Orange lead Taylor Schilling hasn't fully crossed over yet to the mainstream pop culture world (but she's close). Chandler's name will help add new viewers and continue to make Netflix a huge presence in the original television medium.