Please ensure Javascript is enabled for purposes of website accessibility
Log In Help Join The Motley Fool
Free Article Join Over 1 Million Premium Members And Get More In-Depth Stock Guidance and Research
By Alex Planes - Feb 2, 2014 at 10:11AM

The president's pledge to increase contractor pay won't cover very many workers, but it's a small step in the right direction.

As was widely expected, President Obama made income inequality a focal point of his 2014 State of the Union address. While recognizing the limits of his own power in dealing with this economic issue while Congress remains intransigent, Obama nevertheless pledged to "take steps without legislation to expand opportunity for more American families." One such step promised during the address was an executive order to raise the minimum wage to $10.10 for federal contract workers.

Labor activists and liberal politicians have long championed a rise in the federal minimum wage, and the American public is firmly behind the effort, as roughly three-quarters of Americans have voiced their support for a minimum-wage hike. But while this executive order is a step in the right direction, it's important to also consider just how limited -- and thus, largely ineffective -- it actually is.

Let's first consider the number of people who actually make minimum wage, or less than minimum wage, who might be helped by legislation to raise it: 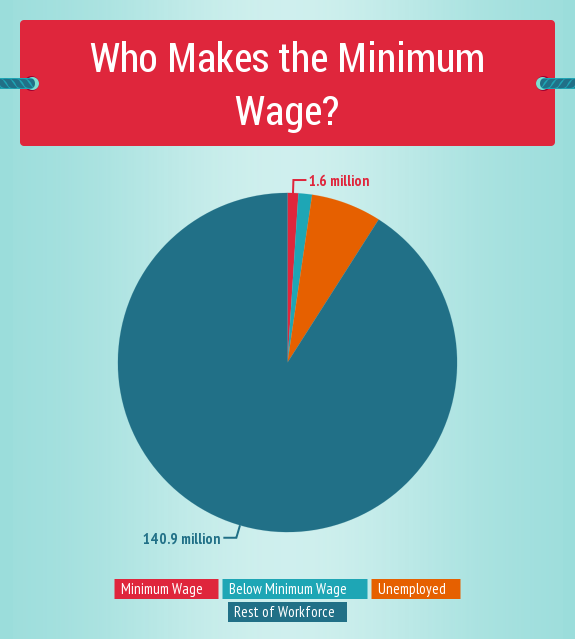 Obama's executive order doesn't actually affect these people, unless they happen to work for federal contractors. There were roughly 2 million federal contract workers when the Economic Policy Institute examined the government's numbers in 2009. Of these, an estimated 560,000 were paid $12 an hour or less. Roughly one in five federal contract workers earned less than poverty-level wages, which in 2014 works out to be $11,670 for an individual and $23,850 for a family of four. By comparison, working full time at the present $7.35 minimum wage, with no time off at all, would earn one person $15,080. If you had to support anyone other than yourself, you'd be under the poverty line. 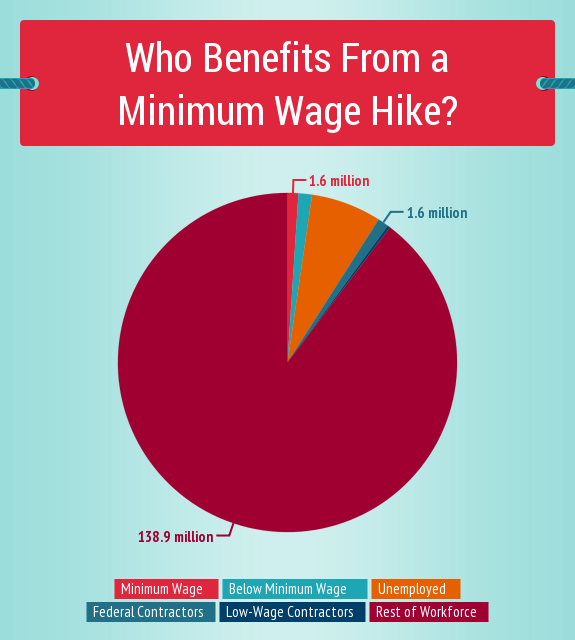 The slice that might benefit isn't the second blue slice representing 1.6 million above-poverty federal contractors; it's the tiny dark blue slice, barely visible, wedged between that 1.6 million and the nearly 139 million workers that make up the rest of the American economy. In percentage terms, below-poverty federal contractors make up a third of a percent of the entire American labor force.

But wait! It gets worse! The executive order won't cover existing federal contract workers, but will apply only to those hired beginning in 2015. Since Obama took office, annual federal contract spending has actually declined, from $540 billion in 2009 to $460 billion in 2013. While that might hearten small-government advocates, it also means that fewer contract employees are likely to be hired in the future, barring a major reversal of the trend, which is bound to further reduce the impact of the wage hike. Nor will the executive order cover disabled workers, who have been a glaring exemption from the Fair Labor Standards Act. Roughly 420,000 disabled Americans are employed by programs coordinated through all levels of government, but it's unknown how many would be affected by the executive order.

However, enacting an across-the-board minimum-wage increase through Congressional legislation would have an enormous impact on the American workforce. Last year, the Economic Policy Institute undertook a study on raising the federal minimum wage to $10.10 an hour and found two things of particular importance. First, a $10.10 minimum wage would be the highest real (adjusted for inflation) minimum wage in almost 50 years -- at an effective annualized rate of $19,800, this new rate would be higher than the all-time real annualized high of $19,600 set in 1968. And second, by the time the minimum wage rises to $10.10 an hour, 16.7 million workers would receive more pay and another 11.1 million workers would indirectly benefit from the pay raise of their fellow Americans: 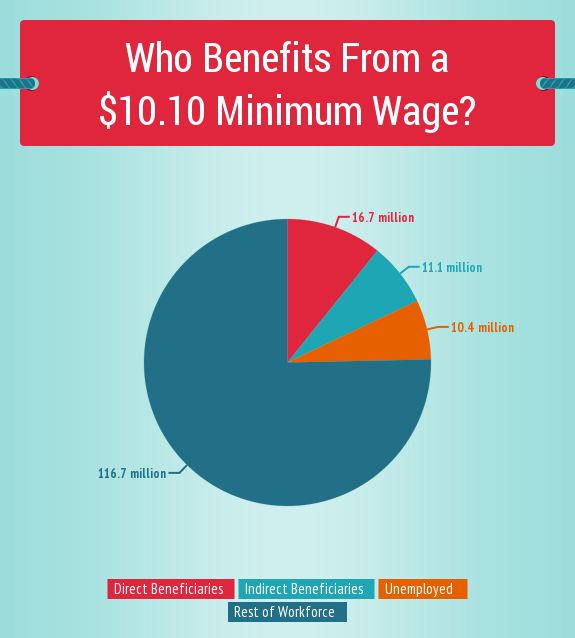 While Obama's executive order may not help any government contractors today, and while it's not likely to help many in the future, it does begin an important conversation with the American public over the value of a higher minimum wage. If that conversation leads to legislation, it might turn out to be a valuable act after all.

Add Alex Planes on Google+, or follow him on Twitter, @TMFBiggles, for more insight into markets, history, and technology.