Can the acquisition of NaturalMotion be just the shot in the arm that Zynga desperately needs?

This article was written by Wired.com -- the leading provider of technology and innovation news.

Zynga (ZNGA) is in trouble. Five years ago, as it rode the Facebook wave, the Silicon Valley gaming outfit was all the rage, but things are so very different now. On Thursday, it laid off 15 percent of its staff.

But at the same time, in an effort to save its bacon, the company made a big bet on the future. It paid $527 million for a new technology that might just give it an edge on mobile devices, an area where Zynga hasn't traditionally fared that well. It acquired NaturalMotion, a U.K. company best known for doing the background animation for the video games such as Grand Theft Auto and Max Payne.

The subtext here: It's better go for broke than to fade away.

NaturalMotion has carved out a niche with slick graphics and artificial intelligence software — called Morpheme and Euphoria — and Zynga thinks that this software could give the company an edge as it works on the mobile gaming hit it so desperately needs.

"At their core, they have a breakthrough tools and tech pipeline, which I believe will become more and more valuable as tablets and phones increase in their performance capability," new Zynga CEO Don Mattrick told the tech news site Re/code.

NaturalMotion already has a noteworthy mobile hit with a game called Clumsy Ninja, and Zynga is banking on more. But there's a bigger question here. Can Zynga absorb a company that — at its heart — may be nothing like it?

Buying customers versus blowing them away
Historically, Zynga's special trick has been to advertise like crazy to pick up new users. In fact, last year, NaturalMotion CEO Torsten Reil estimated that this was costing Zynga $120 per user. 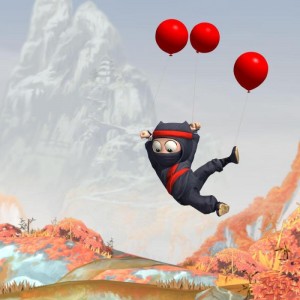 But that's not how NaturalMotion works. It wants to dazzle users with cool technology. Clumsy Ninja uses NaturalMotion's AI algorithms to move in ways that you just don't see in most mobile games. You see it in the way he fights your finger if you hold him in the air too long or struggles to stand when you drop him near the ground.

It's so cool it doesn't need advertising.

"We don't want to make games that other people are already making because we'd be competing for the same audience... A lot of games have ended up being [about] user acquisition optimization. You basically chase a margin of the tiny bit of profit compared to the money you spend to get a user," Reil recently told WIRED. "But to us, that's a fool's business. You can't build an entertainment company like that. Entertainment companies should be about creative risk and creating something people have never seen before."

That's nothing like Zynga operates today. But maybe that's exactly what it needs.