If advance ticket sales are any indication, 'The Lego Movie' could put together one of the highest February debuts of all time. 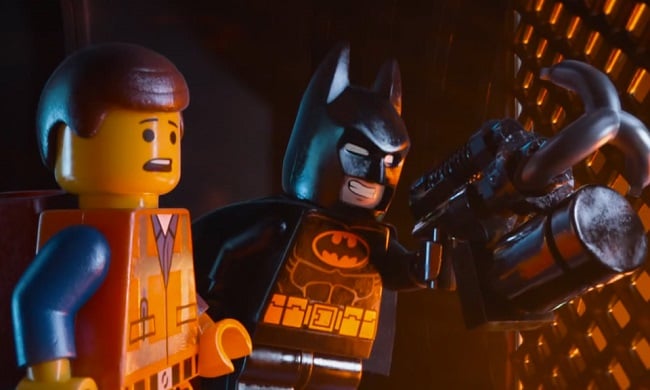 If you had asked most people a few months ago for a list of 2014's most promising kid-friendly films, I'm betting The Lego Movie probably wouldn't have come to mind.

But thanks to a bevy of witty previews and an overwhelmingly positive response from critics, Time Warner's (TWX) Warner Brothers is about to strike box office gold with the toy-inspired film, which is slated to hit a whopping 3,775 theaters this weekend.

As of right now, The Lego Movie boasts an incredible 97% Fresh rating on Rotten Tomatoes, and is largely being hailed as a clever, inventive, energetic film for all ages -- not particularly surprising considering it was co-written and directed by Phil Lord and Chris Miller, the witty minds behind the first Cloudy with a Chance of Meatballs and 21 Jump Street.

And just this morning, Steve Davis of The Austin Chronicle even mused, "Let's go out on a critical limb, shall we? The Lego Movie is the best thing to come along since that other toy-centric movie revolutionized animated films about 20 years ago."

Sure enough, yesterday Fandango announced The Lego Movie was on track to become its second-biggest advance ticket seller among all animated films, trailing only 2010's Toy Story 3 and ahead of The Walt Disney Company's (DIS 3.36%) Frozen, Comcast (CMCSA 3.27%) Universal's Despicable Me 2, and Disney Pixar's Monsters University at the same point in their sales cycles.

For some perspective, last year Frozen set a new record with the largest-ever Thanksgiving weekend launch, earning a massive $67.4 million from domestic audiences alone. And though Monsters University didn't set any new marks with its own release last June, it still grossed $82.4 during its first three days, good for the month's fifth-highest debut.

Meanwhile, Despicable Me 2 launched to $83.5 million last July, beginning an eventual $970 million global box office run. When all was said and done in 2013, Despicable Me 2 stood second only Iron Man 3.

Here's how big it could be

So where does that leave The Lego Movie?

For starters, it'll have its work cut out if it wants to beat the month's $83.8 million record set by 2004's The Passion of the Christ. And remember, February isn't typically a huge month at the box office, and this weekend's cold weather could certainly put a damper on sales.

However, many estimates "only" have The Lego Movie grossing $40 million to $50 million this weekend, and I can't help but think that's a terribly conservative range.

If The Lego Movie does manage to exceed those expectations -- which seems a safe bet considering those strong advance sales -- it would automatically place in the top four February films of all-time, putting it in the same league as 2001's Hannibal and 2010's Valentine's Day, which currently hold second and third place with $58 million and $56.3 million, respectively.

Also working in its favor, The Lego Movie is largely devoid of fresh competition, at least apart from a fourth-week holdover in The Nut Job and Disney's week-old Frozen Sing-Along. If families leave theaters as happy as critics seem to think they will, you can be sure it'll translate to massive box office success over the next few months.