Craft Brew Alliance was a hot stock in 2013, nearly tripling between January and late November. But the year ended on a more sober note. What's in store for the brewer in 2014?

For Craft Brew Alliance (BREW) investors, 2013 didn't end quite how they'd hoped. After a spectacular run that saw the stock nearly triple from January to late November, Craft Brew finished on a sour note, with preliminary earnings for the fourth quarter and fiscal year ho-hum, at best. In early 2014, the stock has pulled back to about 25% off its highs.

Let's take a look back at Craft Brew's year and see what we can expect from the West Coast beer maker in the year ahead.

Growth was slow to come
In August, the company had excitedly declared after a strong second quarter that it had moved beyond its developmental phase and was entering its growth phase. There were a lot of pieces of evidence that backed up that statement. Its Kona brand grew by an impressive 23%, while its Redhook label grew sales over the same period by 14%. In the third quarter, that growth accelerated. What's more, its move toward the East Coast showed great promise, with sales in the third fiscal quarter up 45% in the East region over the prior-year period.

But sales of the company's Widmer Brothers remained a drag, despite the Portland brewery putting out some of CBA's finest beers. With the company making significant investments in the Widmer Brewery, it needs to return the 30-year-old craft brewing pioneer to growth.

Meanwhile, competitor Boston Beer (SAM -0.56%) put up absolutely stellar numbers last quarter, crushing analyst estimates. Revenue was up 30%, year over year, more than doubling the pace of the overall craft brew market. And unlike the 30-year-old Widmer, Boston Beer's 30-year-old flagship Boston Lager returned to growth, showing the strength of the brand across the U.S.

At the same time, crafty beers produced by MillerCoors, the partnership between Molson-Coors and SABMiller, have seen sales take off. MillerCoors said last fall that its craft and import portfolio grew by the high single digits over the prior year.

Big expectations
Craft Brew posted full-year 2013 earnings per share of $0.10. Analysts were expecting $0.13. Despite the company's stated focus on margin expansion, gross margin declined by 150 basis points over 2012. This was due in part to a rejiggering of Craft Brew's product mix to focus on its better-selling labels, and in part by an increase in distribution costs -- a growing pain the company is going to have to deal with as it moves forward.

New CEO Andy Thomas described himself as "candidly mixed" about the company's full-year results. He also had this to say in the press release that accompanied the company's latest 8-K: "In looking ahead, I am wholly committed to seeing us apply the same resolve and discipline toward improving our bottom line that we did to achieve our strong top-line growth last year."

Bear in mind, that "strong top-line growth" was just 6% over 2012. This stock isn't exactly a rocket ship. The worry for investors is that in 2013, it started trading like one. Craft Brew shares now trade at nearly 200 times earnings. Analysts are expecting 13% revenue growth in 2014, which would be a near doubling of 2013's sales growth. They're also expecting EPS of $0.25, on average, which would represent a 150% increase over full-year.

Momentum to build on
If the company is able to achieve the growth that analysts were expecting in 2014, it would trade at a more reasonable 60 times earnings at today's share price. That's still plenty pricey for a company growing sales just 6% in an super-competitive market. And at this stage, assuming Craft Brew can meet that EPS mark is a big "if."

But CBA has built momentum heading into 2014. Its partnerships with Buffalo Wild Wings and The Dan Patrick Show have been big successes, driving growth of Redhook Game Changer Ale and Redhook Audible Ale. The newest partnership with Resignation Brewery and popular website The Chive may be its best yet, cleverly marketing KCCO Black Lager to the young male demographic that's so coveted by brewers. 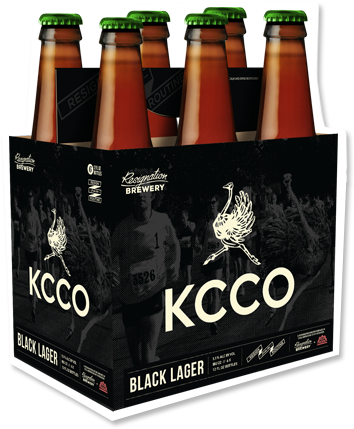 It's also investing in ways to get its beer to the fast-growing East Coast market more efficiently, with plans to add a brewery in the Southeast. Over the long run, that should bring down distribution costs and help expand margins.

The Foolish bottom line
Growth isn't happening quite as quickly as some had hoped for Craft Brew Alliance, and there remain challenges for the brewer in this very competitive beer market. But it's poured a solid foundation, has seen its most popular labels take off, and has a plan to continue expansion into the Midwest and East Coast that should drive growth for years ahead.

Craft Brew may become the growth company executives had proclaimed it to be last summer. But it may take a little longer to get there than investors had hoped.