Microsoft has struggled to win a place in the mobile market. Now, Nokia may have found the way to make it happen -- while proving that Windows Phone is a dead end.

Microsoft (MSFT -0.59%) is about to become an Android phone designer. By way of soon-to-be-aquired handset specialist Nokia (NOK 0.85%), The Wall Street Journal says that Microsoft will have a low-end Android phone to sell by the time the Nokia deal closes.

Citing its usual anonymous sources, the Journal explains that Nokia had been working on an Android phone before Microsoft stopped by with a $7.4 billion buyout check. Scheduled for unveiling at the Mobile World Congress conference in two weeks, this phone would fill a void in Nokia's product portfolio, where Microsoft's Windows phones just don't play. Google (GOOGL -0.90%) designed Android to run on lower-end hardware, where Windows Phone refuses to work at all.

This report also jibes with advice from The Guardian's Charles Arthur, who says that Nokia and Microsoft should create their own version of Android in order to explore the untapped low-cost market in high-volume geographies like India and China.

Roadblocks
Now, Google has made it hard for outsiders to fork their personal take on the Android platform. Do that, and you lose access to some of the most important pieces of the Android ecosystem, like the Google Play app store or built-in apps to take advantage of Gmail and other Google-backed services. 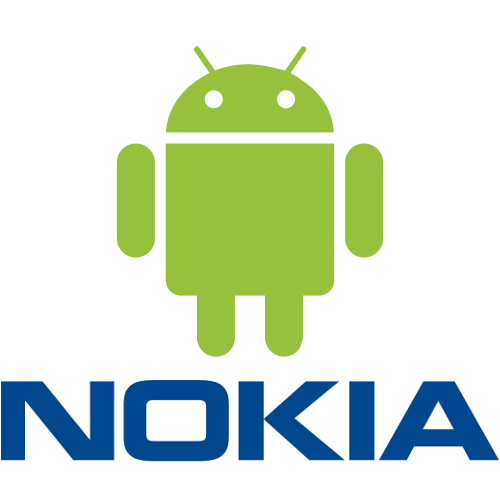 Image created from official logos, provided by Nokia and the Open Handset Alliance.

Then there's Amazon.com (AMZN -1.63%), which broke away from the standard Android platform to power its Kindle series of e-readers. Amazon provides its own app store, and the missing Google apps often have their place taken by third-party alternatives or Amazon's own apps.

So sure, Nokia and Microsoft could give it a try. The two companies certainly have the resources to build their own core apps, redirecting Nokia Android users to Microsoft's Bing ecosystem whenever possible.

Worth a try?
Will cost-conscious consumers buy these handsets? Is it worth the effort?

Maybe so. Nokia built a massive brand in emerging markets, back when the world cared about feature phones. This brand awareness, coupled with the proven Android platform in a cost-effective product, could be the silver bullet that Microsoft never could build on its own.

Moreover, Nokia is well known for its high-quality phone cameras, including a contract to offer Carl Zeiss' high-quality lens systems. Other companies put Zeiss lenses in stand-alone cameras, but only Nokia can offer this feature in smartphones. Admittedly, this is more of a mid-market or upscale selling point, but a nice camera never hurt anybody.

Microsoft's hard-to-swallow payoff
So yeah, if Nokia goes through with this idea and creates its own spin on Android, the brand might actually gain traction in high-growth developing markets. That'll be a bitter pill for Microsoft to swallow, since it would essentially prove that Redmond's mobile platform can't compete on its own merits. But at the very least, Microsoft would get some sustainable revenue out of its $7.4 billion Nokia buyout.