Should we really believe McDonald's excuses for its recent poor performance? Should we really chalk it up to "winter weather?" If you're skeptical like me, look to Yum! Brands and Buffalo Wild Wings for further clues.

McDonald's (MCD -0.49%), McDonald's, McDonald's. When will you return to being the growth darling we've known and loved for decades? Many of us Golden Arch fans feel like we have to wince and cringe before opening your press releases lately and reading them with only one eye open and one shut. The latest excuse for McDonald's shortfall, though plausible-sounding, leaves a question mark as to the extent of its validity considering what Yum! Brands (YUM -1.65%) and Buffalo Wild Wings (BWLD) reported.

A trend that is not McDonald's friend
The January same-store sales decline of 3.3% in the U.S. continues a disturbing trend. For the third quarter, the company saw a 0.7% increase in same-store sales. For October, the statistic was barely up at 0.2%. For November the figure declined by 0.8% and for the fourth quarter overall it fell by 1.4%.

From +0.7% to +0.2% to -0.8% to -1.4% to -3.3%. That doesn't look pretty no matter what excuses the company gives for each bigger and bigger drop. What's more is -- can McDonald's really say that the drop is "broad-based"? Take a look at two restaurant companies that already gave glimpses into January -- Yum! Brands and Buffalo Wild Wings.

Yum! Brands
On Feb. 3, Yum! Brands reported its fourth-quarter and full-year results. While the results themselves were uninspiring, Yum! Brands' outlook was very strong. The company called for a bare minimum of 20% earnings-per-share growth for 2014 and double-digit growth beyond that. 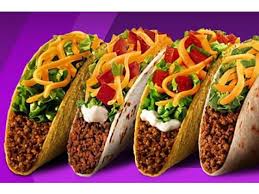 More important to this article, CFO Pat Grismer gave hints on how the quarter is going so far which basically means January. He stated, "For the first quarter we expect EPS growth to be roughly in-line with our full year target of 20%, which includes the lack of significant one-time benefits realized by Pizza Hut and KFC in 2013." This suggests that the first quarter will show 20% EPS growth as well. It's hard to imagine that Grismer would be confident enough to state this if January sales were in the gutter in the U.S. due to "broad-based" challenges including "severe winter weather." McDonald's may face more "broad-based" challenges than Yum! Brands.

More importantly, CEO Sally Smith revealed in the conference call that the company's same-store sales hopped up by another 4.8% in the first five weeks of 2014, which is of course mostly January. Weather didn't seem to stop people from coming in, but maybe the heaters work better inside of Buffalo Wild Wings than they do at McDonald's. Who knows?

Foolish final thoughts
To be fair to McDonald's, the majority of its sales these days in the U.S. come from the drive-through so it's possible that Buffalo Wild Wings wasn't hurt by factors that affected McDonald's -- such as snowed-in drive-through lanes perhaps. However, that doesn't explain why Yum! Brands did not seem to have the same problem with its Taco Bell, KFC, and Pizza Hut franchises and their drive-through windows. The key here is to keep watching the updates. The next one from McDonald's will be for February sales in early March. If the update shows an even bigger decline with a fresh excuse, McDonald's will need to look more inwardly and Fools may want to look for the exit. Rome wasn't built in a day, but it didn't last forever either.