Plummeting book values and management changes have become the new normal at Annaly. 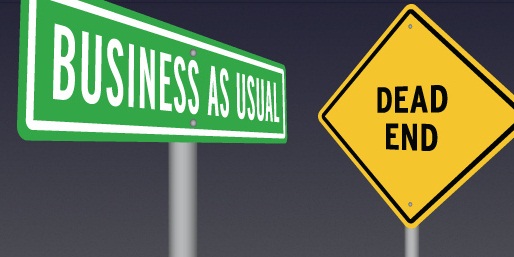 The latest round of management changes at Annaly Capital Management (NLY 0.65%) has resulted in another drop in the share price, as the future of the venerable mortgage REIT continues to look unsettled.

Annaly has had a rough year, down nearly 30% in the last 12 months. While times have been tough for the entire sector, investors must be mulling the fact that the granddaddy of all mREITs just doesn't seem to be doing as well since the passing of CEO and co-founder Michael Farrell.

Management issues loom large
Since Farrell's passing, Annaly's management model has been changing like the weather since co-founder Wellington Denahan took over the top spot. At last year's annual meeting, shareholders approved the company's changeover from being internally managed to operating under an external manager, even as others in the business were moving in the opposite direction. The makeup of the external manager was interesting, too: All five occupying the top positions were also Annaly board members.

This past October, 12-year Annaly veteran Jeremy Diamond announced he would be leaving the company, where he had been managing director and the head of research and corporate communications. Last month, John Lambiase, a board member for 17 years, decided not to run for reelection, and more recently, Chief Operating Officer James Fortescue and one of Annaly's chief investment officers, Kristopher Konrad, were revealed to be on their way out the door as well.

Too much change ?
This is a lot of upheaval for a well-established company that was previously known and revered for its steadfastness. As fellow Fool John Maxfield points out, Annaly's book value has plummeted since 2012, too -- by almost 20%. Current management, it seems, is having a difficult time filling Farrell's old shoes, despite the fact that Denahan was a partner in the founding of Annaly way back in 1997.

But Denahan has tweaked Farrell's previously consistent investment strategy, most notably by overseeing Annaly's purchase of CreXus Investments. Adding commercial mortgages into the mix isn't necessarily a bad thing; for investors used to a certain style, however, it might have shaken some of the faith built up in the time-proven Farrell business plan.

Management matters -- and so does charisma
Speaking of style, Farrell had a good helping of charisma, which doesn't seem to hurt in the mortgage REIT sector. Even his high yearly compensation of $35 million in 2011, though commented upon, did not hurt his reputation. He was well known for his entertaining manner in conference calls and in his yearly letter to stockholders -- and also for delivering the goods to investors.

He was a self-made man, similar to Warren Buffett -- and he was respected by those in and outside of the mortgage REIT sector. Another high-profile trust manager, Gary Kain, the CIO for agency mREIT American Capital Agency (AGNC -0.20%) and hybrid trust American Capital Mortgage (NASDAQ: MTGE), has a similar force of personality.

Like Farrell, Kain also takes charge of earnings calls and presentations, and even when he acknowledges a stumble, is unfailingly positive. At a recent Credit Suisse Financial Services Forum, for example, he boasted that book value dropped only by 5.5% last year -- while his agency REIT's stock price dipped by 14.3%. With the Federal Reserve's taper of quantitative easing already under way, he is not shy about predicting that the worst is over for mortgage REITs.

So far, Denahan has yet to exhibit this type of charm and doesn't seem to take to talking publicly about Annaly on a regular basis. Though this doesn't mean she is necessarily a lousy manager, communication is key when management is such a large part of a company's allure. Add in the change of course from Farrell's well-worn strategy, as well as the current exodus of top-level managers, and Annaly begins to look like a dim replica of its former self under the -- apparently -- inimitable Mike Farrell.

Amanda Alix has no position in any stocks mentioned, and neither does The Motley Fool. We Fools may not all hold the same opinions, but we all believe that considering a diverse range of insights makes us better investors. The Motley Fool has a disclosure policy.