Please ensure Javascript is enabled for purposes of website accessibility
Log In Help Join The Motley Fool
Free Article Join Over 1 Million Premium Members And Get More In-Depth Stock Guidance and Research
By Amanda Alix – Updated Oct 19, 2018 at 11:24AM

The mortgage offerings in the U.S. are much different from other countries -- even our neighbor to the north.

As housing reform continues to be part of the Obama administration's agenda, differences between the mortgage market in the United States and that of other countries have come to light. For instance, how do domestic mortgage products differ from those offered in Canada, a country considered the most comparable to the Unites States?

Here are three critical differences between the home lending market here and in our closest neighbor to the north. 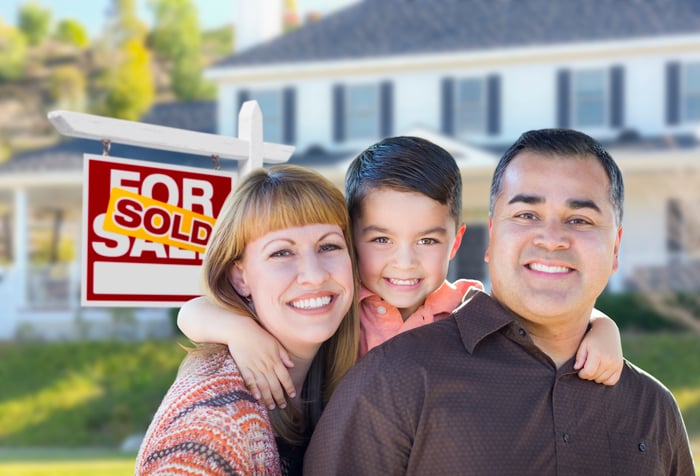 30-year mortgages? Never heard of them

While the 30-year, fixed-rate mortgage has become a staple in the U.S., Canada doesn't offer anything remotely similar. The longest term for a home loan in the North Country is five years, with the amount amortized over a 25-year period. Canadian banks also offer fixed-rate mortgages for two-year, three-year, and four-year terms.

This means Canadians can never count on having a particular loan interest rate last more than five years. At the end of the loan's life span, borrowers can refinance, but prepaying a loan early to take advantage of a drop in rates can cost mortgage customers dearly, as prepayment fees are quite hefty.

Prepayment may be a no-no in neighboring Canada, but mortgages are attached to the borrower, not the property -- which means they can be transferred to a new home, just like the homeowner. If the new abode is pricier, another loan is taken out to make up the difference, and mortgage insurance is shifted right along with the loan. If rates have risen since the original loan was written, the bulk of the mortgage will be protected against the hike.

Another key difference is that mortgage interest isn't deductible in Canada, a tax break dearly cherished in the United States. While this may look like a real disadvantage to the Canadian system, it is also protective: There is simply no incentive for homeowners to borrow more than they need, or to maintain high levels of mortgage debt.

Though only around 30% of U.S. taxpayers deduct their mortgage interest each year – and the tax break disproportionately benefits those with high incomes -- efforts to end the deduction have not been successful.

Why are the differences so huge?

The difference in mortgage markets between the U.S. and Canada seem to stem mainly from this issue: The U.S. openly supports homeownership, whereas Canada freely admits that it does not, at least not more than other types of housing, such as rentals and transitional housing.

In the rest of the world, 30-year mortgages are uncommon. Most countries, outside the U.S. and Denmark, don't offer them at all. Before the Great Depression, even U.S. borrowers generally took out short-term mortgages, which were paid off or refinanced when the term ended.

Which mortgage style is better?

There are advantages to both, but U.S. homeowners are smitten with the 30-year loan, the longer term and stability of which enable borrowers to plan far into the future. The Canadian system, however, isn't onerous – and affords stability to the entire housing market, as well as the financial system. Making short-term loans enables banks to lend from their own deposits, and Canadian banks are encouraged to keep loans on their own balance sheets.

Since the financial crisis, U.S. mortgages have become much less risky. New mortgage rules that took effect in the U.S. last month should help preserve this environment -- compelling banks to ensure that borrowers can repay their loans, and requiring banks that don't follow the tighter guidelines to keep riskier loans on their books.