Vitamin Shoppe, the beaten-down nutrition retailer, is about to report its fourth-quarter results. Let's see what we should expect from the company and if there is any investment opportunity here.

Vitamin Shoppe, Inc. (VSI), the nutritional-product retailer, has had a rough year so far as its shares have fallen by more than 19% while the market has been relevantly flat. However, a strong earnings report could turn things right around for Vitamin Shoppe and that is what investors are hoping for when it releases its fourth-quarter results in a few days. Let's take a look at the expectations and determine if we should be buying right now or if we should continue to avoid this troubled specialty retailer. 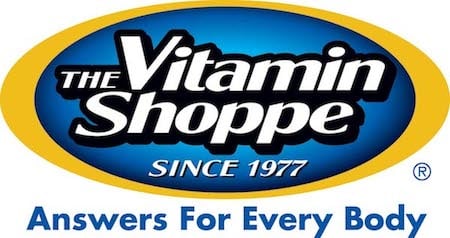 The last time out
On Nov. 5, Vitamin Shoppe released its third-quarter report for fiscal 2013. The results were mixed in comparison with expectations:

Vitamin Shoppe's earnings per share decreased by 1.9% and revenue increased by 14%, as same-store sales increased by 2.6%. This was the 32nd consecutive quarter of positive same-store sales for Vitamin Shoppe, which shows that its customer traffic remains strong. E-commerce was another bright spot for the company as sales for this segment increased by 17.7%, even though this segment had a small negative effect on the company's gross margin. Overall, this was a great quarter for Vitamin Shoppe and the stock reacted by rising 11.79% in the next trading session and continuing higher for several weeks. However, the rally faded and the stock began a sharp decline, and it now sits at almost 7% below its level before the release.

Expectations and what to watch for
Vitamin Shoppe's fourth-quarter report is due out before the market opens on Feb. 25. Here's a breakdown of the current expectations:

These estimates call for Vitamin Shoppe's earnings per share to decline by 7.5% and its revenue to rise by 17.2% year-over-year. This estimate calls for very low earnings, so I think Vitamin Shoppe will at least meet this expectation, but I believe revenue will come up just short of the estimate on lower-than-expected same-store sales; the cold weather and numerous storms likely affected the company's hundreds of locations in the Northeast. We saw a similar situation play out with Vitamin Shoppe in its fourth-quarter report for fiscal 2012, when Superstorm Sandy negatively affected the company's same-store sales to the tune of 1.6%.

Key metrics aside, the company's outlook on fiscal 2014 could be the most important piece of information to watch for. Analysts currently expect fiscal 2014 earnings per share between $2.38-$2.75 for the company on revenue of $1.2 billion-$1.3 billion, so it will be crucial for Vitamin Shoppe to guide somewhere within this range. In addition, I would like Vitamin Shoppe to reaffirm the outlook it provided in its third-quarter report; in that report, the company projected comparable-store sales growth in the mid-single digits and the opening of 60 new locations. All of this along with strong earnings would go a long way toward improving investors' confidence in the long-term potential of Vitamin Shoppe which would push the stock higher once again.

A sign of things to come?
Vitamin Shoppe's larger competitor, GNC (GNC), reported fourth-quarter earnings on Feb. 13 and its report provided insight into the condition of the industry. Let's take a look at GNC's results:

GNC's earnings per share increased by 6.4% and its revenue rose by 8.6%, which missed expectations by wide margins. GNC's CEO stated that the company faced a "challenging retail environment" during the quarter and noted that the troubles have continued in January and February; this led the company to then cut its outlook for fiscal 2014. The earnings miss and reduced outlook caused the stock to fall by over 14.5% in the next trading session and may lead to further weakness. This is not a good indicator for Vitamin Shoppe and it may be a sign of things to come in its earnings report.

The Foolish bottom line
Vitamin Shoppe has taken a beating over the last several months, but a strong fourth-quarter could turn things right around and get the bulls back on its side. Its stock sits more than 35% below its 52-week high today, which represents immense upside potential should the company continue to deliver on earnings. However, after the disappointing quarter we saw out of GNC, it would be smart to wait until after Vitamin Shoppe's earnings are release to consider a new investment. This way, we can minimize our risk and make an educated decision on the most recent financial information provided by the company.