Disney is bringing a new digital movie service to market with the help of Apple. But what about the exclusive deal Disney already signed with Netflix? 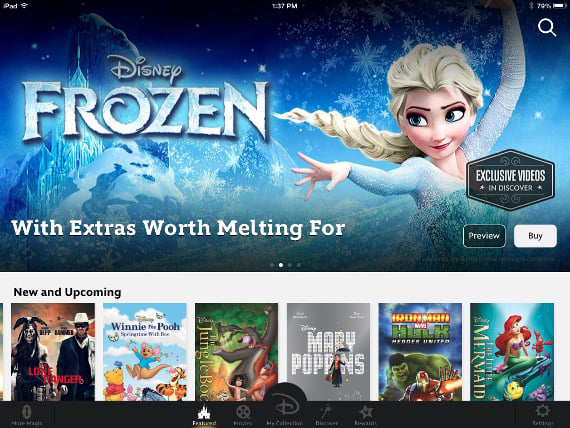 The new store comes with eye-popping graphic layouts, like this snapshot of Frozen star Elsa.

The service has its merits. Disney put its entire digital library here, with over 400 Disney, Marvel, and Pixar titles on tap. That includes exclusive extras of the kind you usually only get on DVD or Blu-ray releases. Disney also boasts a simple interface, ripe for young hands to explore. 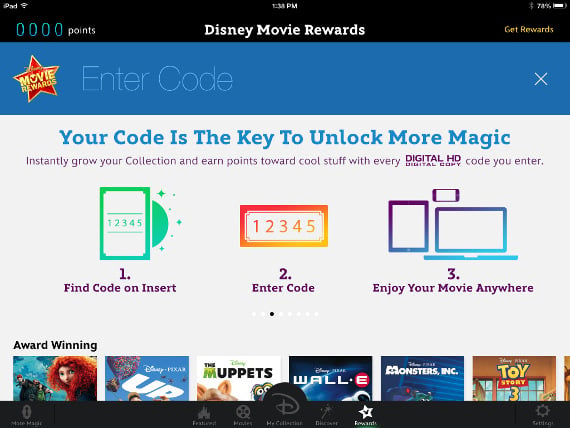 Disney never jumped aboard the Ultraviolet bandwagon. DMA does the same thing.

Any Disney movies bought in the DMA store will also appear in your iTunes account and vice versa, assuming that you connected the two accounts. And why not? Connecting DMA to iTunes gives you a free movie, currently Pixar hit The Incredibles. Buying the HD version of this movie (included in the DMA offer) from iTunes would cost you $19.99.

So Disney and Apple have a fresh product here -- something that stands apart from the usual suspects by putting a unique Disney touch on the familiar iTunes store. DMA might have legs. 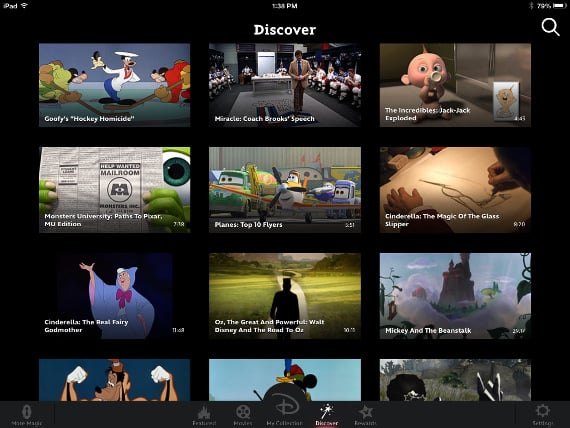 But doesn't this service trample all over Disney's existing digital streaming agreement with Netflix (NFLX -2.25%)? The core of that contract doesn't take effect until 2016, but Apple isn't known for playing temporary partnership roles until some other deal matures.

And that's most certainly not the case here. To understand how DMA fits in with the Netflix deal, we need to look at Disney's definition of various licensing windows. Turn to page 14 in Disney's latest 10-K filing for the relevant scoop:

Pay Television (Pay 1): There are generally three pay television windows. The first window is generally eighteen months in duration and follows the PPV/VOD window. The Company has licensed exclusive domestic pay television rights to substantially all films released under the Walt Disney Pictures, Pixar and Touchstone Pictures banners to the Starz pay television service through calendar year 2015. DreamWorks titles distributed by the Company are licensed to Showtime under a separate agreement.

Netflix is set to take over the coveted Pay 1 window from Starz much to the cable channel's chagrin. That deal is unique because Netflix isn't a traditional premium cable channel in the Starz or HBO mold. Otherwise, the agreement seems fairly standard and Netflix has a well-defined window of Disney exclusivity coming up.

Services like DMA don't belong in that window. Instead, they belong in the "electronic formats" slice of the home entertainment distribution window, as detailed above.

DMA titles show up day-and-date with DVD and Blu-ray releases. Sleeper hit Frozen, for example, can be pre-ordered now with an expected delivery date of March 18. That's when physical discs hit store shelves, as well.

DMA is all about selling titles via iTunes, not renting them in a Netflix-style monthly subscription service.

That's why this service doesn't affect Disney's Netflix deal at all. That would be like DVD releases infringing on the current Starz deal. Pay-per-view and buy to own rights are quite separate from the Pay 1 window, where premium cable channels and now Netflix ply their trade. Subscriptions are not the same thing as buying your own copy.

So we Netflix shareholders can rest assured that Disney isn't letting Apple hijack Netflix's exclusive Pay 1 agreement with Disney. And we Disney shareholders (yeah, I own both) take comfort in our company pursuing every possible monetization scheme for its golden content library. Apple owners (of which I'm not one) simply get to tag along for the ride, in a non-exclusive service that may add value but doesn't stop Disney from selling DVDs and digital copies all over the place.