Please ensure Javascript is enabled for purposes of website accessibility
Log In Help Join The Motley Fool
Free Article Join Over 1 Million Premium Members And Get More In-Depth Stock Guidance and Research
By Patrick Morris – Feb 26, 2014 at 7:00AM

Billionaire Bill Ackman recently noted what he has a 10% position in both Fannie Mae and Freddie Mac, and why he thinks the two government sponsored entities have major upside.

One more noted activist investor has finally announced why he owns nearly 10% of the common stock of both Fannie Mae (FNMA 0.16%) and Freddie Mac (FMCC -1.14%), the two government-sponsored entities at the heart of the mortgage finance market. 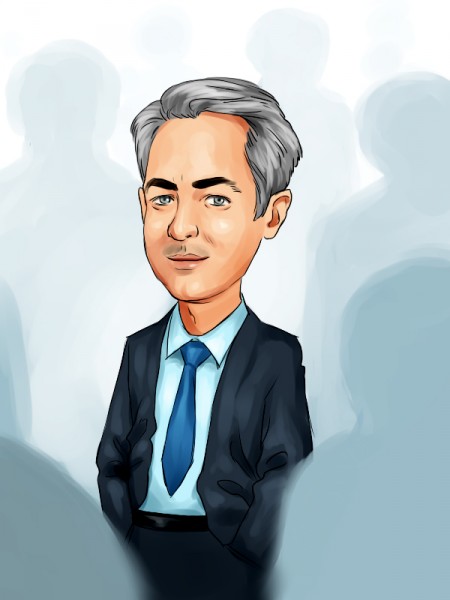 The decision
In November, Pershing Square Capital Management disclosed it has a 9.98% stake in Fannie Mae and a 9.77% position in Freddie Mac. The fund is headlined by activist investor Bill Ackman, who is recently known for his conflict with other activist investor Carl Icahn over the direction of nutrition company Herbalife -- Icahn famously disputed Ackman's decision to short the company -- and his major position in J.C. Penney, on which he lost an estimated $400 million.

Yet those recent losses have not deterred Ackman from taking major positions in the two companies that have seen their stock prices go on a remarkable run over the last year, and he recently outlined his thesis in the investments worth roughly $650 million, with his 63.5 million shares in Freddie Mac and 116 million shares in Fannie Mae.

The reason
At a recent closed-door presentation at Entrust Capital in New York City, Ackman gave his reasons for the investment. The Wall Street Journal reports its sources noted Ackman "is convinced shareholders will win their lawsuits against the U.S. government that challenged the Treasury Department's bailout agreement with the two companies," which he believes would be the impetus needed to push the prices of the company even higher.

Although he acknowledged the recent proposals from Congress and the president -- both the Corker-Warner bill and the recent news from the Senate Banking Committees seeking to bring "housing finance reform" -- Ackman said he believed the Supreme Court would side with the common shareholders of Fannie and Freddie, and he believed they "would escape liquidation and instead be revamped, perhaps with increased capital requirements and other protections."

All of this information combined has led Ackman to propose that there is a 1,000% to 1,500% upside possibility to the common shares of Fannie and Freddie, which could be realized in the coming years.

The questions
In its latest annual report, Fannie Mae acknowledges the 115,569,796 shares held by Pershing Square Capital Management, representing a 9.98% stake in the company. Yet directly above Fannie Mae's acknowledgment of the Pershing Square position in the 10-K is the notice of the "variable" position held by the U.S. Treasury, which represents a staggering 79.9% stake.

In September 2008, Fannie Mae issued a warrant to the Treasury that gives it the option to purchase an amount equivalent to nearly 80% of the common shares outstanding for just one-thousandth of a cent per share, or $0.00001. The warrant can be exercised at any time between now and Sept. 7, 2028, and as Fannie Mae notes, the "exercise of the Treasury warrant would substantially dilute investment of current shareholders."

While much has been made of the $1.3 billion position in Fannie and Freddie held by investor Bruce Berkowitz, the critical distinction is that Fairholme Funds has more than 90% of its investment in the preferred shares instead of the common shares. And while Fairholme and Berkowitz have proposed to restructure Fannie and Freddie, those who hold the preferred shares would be the clear benefactors.

The bottom line
Although Fannie Mae reported $84 billion in net income last year -- as a result of the way it is managed -- it too reported a loss attributable to common shareholders of $1.5 billion. The company notes plainly as a result of its conservatorship, it is "no longer managed with a strategy to maximize shareholder returns," and while there may be an upside of 10 to 15 times as Ackman suggests, it is also critical to see the substantial downside risk that exists as well.

Patrick Morris has no position in any stocks mentioned, and neither does The Motley Fool. We Fools may not all hold the same opinions, but we all believe that considering a diverse range of insights makes us better investors. The Motley Fool has a disclosure policy.

Fannie Mae and Freddie Mac Shareholders Lose in Court; Here's What That Means for the Stock
360%