With FX losing some key programs over the next season, 'The Americans' will quickly become one of the network's most valuable -- and critical -- assets.

FX (a subsidiary of FOX (FOXA)) has a long history of successful original dramas, but like every network it goes through highs and lows. One of its most promising series, The Americans, returns tonight and its return couldn't come at a better time. 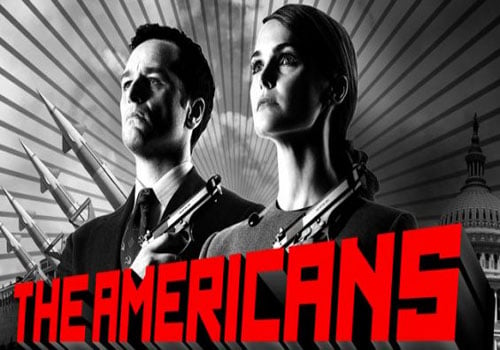 Preparing for a (ratings) war

For the last few years the one-two punch of Sons of Anarchy and American Horror Story have helped carry FX through the fall season. Both shows are critically acclaimed and the latter is a consistent Emmy presence (though Anarchy should be as well). The back half of the season isn't too shabby either, given the big success and fan appeal of Justified. Last year Justified was joined by The Americans, a Cold War thriller about two Russian spies living in the U.S. that gave the network an equally strong tandem of winter dramas. Unfortunately, that team won't last past next year.

The next seasons of both Justified (airing winter 2015) and Sons of Anarchy (airing fall 2014) will be their last, leaving The Americans, American Horror Story, and summer series The Bridge as (currently) the network's lone marquee dramas. That's not to say that FX won't launch a new hit between then and now ... after all the network has a fully stocked arsenal of new series on tap for 2014. But above all else, FX needs established hits to help bolster those rookies, and that's why it's so important for Americans to have a repeat performance.

The Americans started off on a hot streak last season when its extended premiere earned 3.2 million viewers, with 1.5 million of them coming from the all-important 18-49 demo. After the +7 numbers (which adds in everyone who watched the show within seven days of the initial airing) came out the viewer count jumped to 5.1 million and set a new mark as the most-watched debut of any FX series. Incidentally it also became the most time-shifted show on the network as well.

It wasn't just the numbers. Critics took to the series also and raved about its trio of leads -- Keri Russell, Matthew Rhys, and Noah Emmerich. The result was a slew of nominations from the Critic's Choice Awards, the Television Critics Association, and the Writers Guild of America. However the show couldn't break through at the Emmys, where the show scored just two nominations (for main title theme and guest star Margo Martindale).

Of course freshman shows have a notoriously hard time getting on Emmy's radar and it is hoped that season two will reinforce with voters the show's not a fluke. It's clever, it's well-acted, and it's unlike most shows on TV … but then again that seems to make little difference sometimes given how stuck in their ways Emmy voters tend to be.

This season is important because it needs to show consistency to the network, the critics, and ultimately the fans. Given the way season one ended, that doesn't seem like it will be a problem, as the buzz behind the sophomore season is more in line with other past hits than eventual misses.

It is part of a new breed of dramas that are both entertaining and engaging while telling stories that take risks. The Americans is very much in line with the style of FX original programming and indicative of where executives are looking to take future series in development. As long as the network has series like this that appeal to audiences, executives can take chances on unique originals, so when this wave of favorites retire, another group can take its place.