Three Fools discuss the profit potential of the newest “X-Men” movie, and how Fox stock investors can expect to benefit.

Despite the hype, Twenty-First Century Fox's (FOXA) X-Men: Days of Future Past opened lower in the U.S. than any of the three blockbusters that preceded it. Captain America: The Winter Soldier, The Amazing Spider-Man 2, and Godzilla all earned more than $90.8 million during their first three days in domestic theaters. Can this movie still move Fox stock?

Host Ellen Bowman puts this question to Fool analysts Nathan Alderman and Tim Beyers in this episode of 1-Up On Wall Street, The Motley Fool's web show in which we talk about the big-money names behind your favorite movies, toys, video games, comics, and more.

Tim says that the worldwide haul is what counts. On that basis, X-Men: Days of Future Past had already earned more than $340 million at the time of shooting and was north of $360 million heading into the weekend. Most signs point to the film earning at least $700 million globally while generating renewed enthusiasm for the franchise. 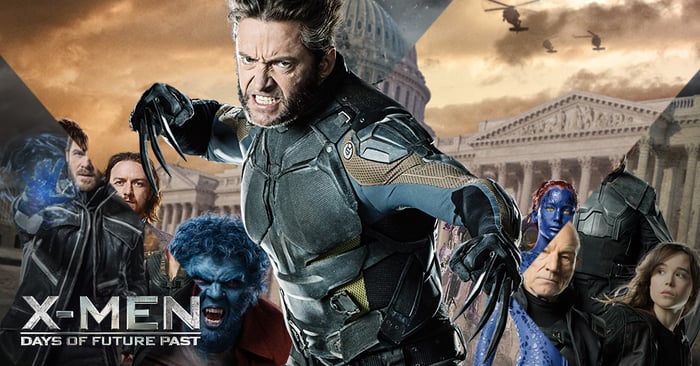 X-Men: Days of Future Past is already halfway to $700 million, and on track for a new franchise record. Credit: Twenty-First Century Fox.

Nathan says Fox needs to be developing new franchises -- especially now that Star Wars is in Disney's hands -- and that foreign sales could be the key. Not just for this film but also ongoing. More than 61% of X-Men: Days of Future Past grosses have come outside the U.S. as of this writing. Not as impressive as The Wolverine's 68% share, but also better than X-Men: First Class, which derived 58% of box office sales from overseas territories. So long as the whole world is getting in on the mutant movie revolution, Fox stock should see gains.

Now it's your turn. Click the video to watch as Ellen puts Nathan and Tim on the spot, and then leave a comment to let us know your take on X-Men: Days of Future Past and Fox stock. You can also follow us on Twitter for more segments, updates on Tim and Nathan's bet, and regular geek news alerts!