Dave Williamson
(TMFGreenwave)
Author Bio
The Motley Fool's Healthcare Analyst, I specialize in Pharma, Biotech, and how the ACA (Obamacare) is changing the business of healthcare in America. Follow me on Twitter for breaking stock news, policy thoughts, and misc musings... Follow @motleydavid

Yes, you read that correctly: investment advice. The Wolf of Wall Street, an obvious choice for an Oscars-related investment list -- a refresher on Wall Street boiler rooms, lavish excess, and penny stock schemes -- serves more as a reminder of industry worst practices. And so like the Academy voters, we will be turning to other nominees for award winning advice.

1. American Hustle: Do your homework; don't be hustled by a good story.

In this star-packed film, the FBI uses two scam artists, Christian Bale and Amy Adams, to uncover corruption in New Jersey politics by offering a too-good-to-be-true development project funded by a wealthy sheikh. It shows how far a good story goes and how, despite red flags, the politician still got ensnared.

How does this relate to investors? We're all busy, and whether actively or implicitly, we all value the advice of experts. That explains why it's so easy to get taken in by a good story. The highest returns come from finding and backing disruptive technologies early, before the rest of the market catches on. But this great story, a hidden stock touting a breakthrough product that will revolutionize life as we know it, rarely happens. So when management starts singing from rooftops about how great its product is, analysts follow by touting incredible sales figures, and investors end up talking as if they've guaranteed themselves a wealthy retirement, ask yourself if it's too good to be true. Find out what red flags exist or what could derail this seemingly unstoppable freight train of success. It may be everything the investment community claims from management on down. Or, as is unfortunately more often the case, it may be a product of a good story and hype.

To have this lesson hit home, let's focus at the current state of two competing obesity-drug makers, Vivus and Arena Pharmaceuticals. The biotech space is especially susceptible to good stories, as small-cap stocks try to invent the next drug that helps society. And in a society with a significant obesity problem, the fact that Vivus and Arena had the first obesity drugs approved in over a decade had investors seeing nothing but easy money. The common refrain was that these obesity "cures" would see widespread use and generate billions in peak sales. That wonderful story and allure of easy money, however, ignored serious problems. One, both drugs have side effect issues. Two, they don't dramatically reduce weight. Three, doctors are reluctant to prescribe something given the alternative of diet and exercise. There were also issues with risk management, but so far sales of either have yet to surpass $10 million in a quarter. Shares of both stocks have disappointed. 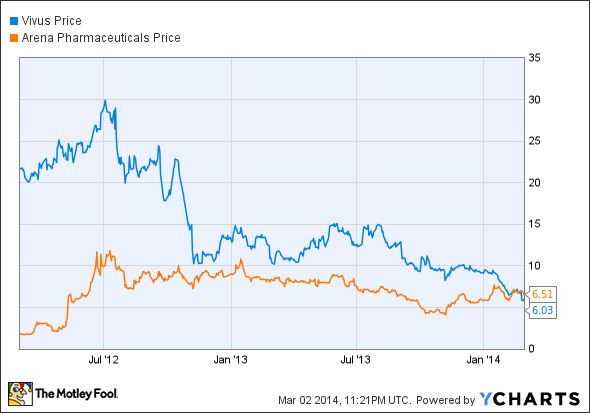 This is why it's important to not be lazy and blindly trust what you hear at face value. Expectations for these drugs was through the roof, but everything that caused them to disappoint was in plain sight for anyone to see. Biotech stocks are extremely susceptible to American Hustle syndrome, so make sure you aren't getting caught up in a wave of excitement and seemingly easy riches before you invest.

For those who haven't seen it, Joaquin Phoenix, after a difficult break-up, falls in love with a female-voiced operating system named Catherine. Think of it like a more robust Siri. Unfortunately, the danger of falling in love with anything artificial, is that, of course, it doesn't love you back.

One of the most dangerous mistakes investors make is falling in love with the top-performing stocks in their portfolio, and no longer looking at them objectively. Investors most likely to fall into this trap are generally the ones who got the first part of this article correct -- finding a true rule-breaking stock, and riding it to multibagger returns. But the danger of romanticizing an investment is not wanting to leave it at the appropriate time. There is no honor for standing by a winning stock through thick and thin.

Take, for example, electric-auto maker Tesla Motors. It has seen 610% returns since Motley Fool co-founder David Gardner first recommended it. Tesla CEO Elon Musk is a visionary and a proven winning executive. Tesla's lead product, the Model S, is a fantastic car, far ahead of any competition and deserving of its numerous accolades. It is incredibly easy to see how Tesla could lead an automotive transformation from fossil fuels to electricity, helping reduce American dependence on foreign oil while showering your portfolio with massive gains. 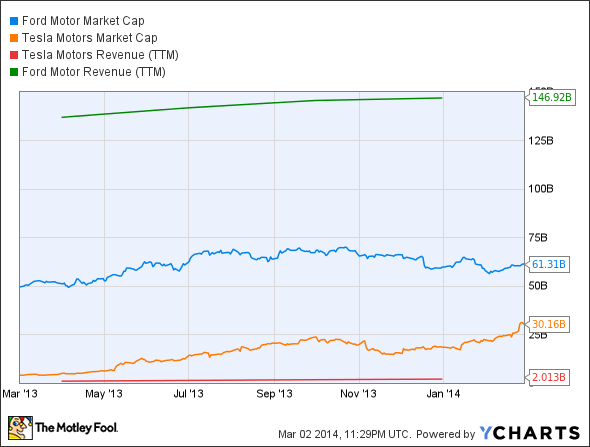 But Tesla today, with its $30 billion market cap, sits at exactly half of the value of industry stalwart Ford's $60 billion market cap. Tesla sold 25,000 cars globally last year. Ford sold nearly 2,500,000 vehicles in the United States alone. Tesla clocked in slightly above $2 billion in revenue, Ford earned $7.2 billion in profit. I point this out not because I'm a Tesla bear, but to remind you as investors to divorce yourself from any emotional attachment to Tesla the success story and be certain to not blind yourself to downside risk in a stock priced for tremendous future growth.

3. Gravity: What goes up can come down. Painfully. And in a hurry.

Our third Academy Award-nominated film is the story of two astronauts, played by Sandra Bullock and George Clooney, on a seemingly routine mission disastrously cut short by highly destructive space debris. While no investor has had that specific experience, I'm sure many know the feeling of having an unplanned event knock a stock they own back to earth and making their portfolios feel like it's spinning out of control.

Just because a stock has reached interstellar heights doesn't mean it's destined to nosedive into the ground, but when the market is pricing for rocket-like growth that the company hasn't delivered, the risk is real. That's why I warned investors in the last section not to get emotionally attached. Big corrections aren't solely the domain of the overhyped; they can happen to good companies as well. Let me give you two examples of stocks that had a rough 2011. They highlight why it's important to have an accurate assessment of your holdings and the business risks. Because what you do in those times of crisis determines the success of your mission. 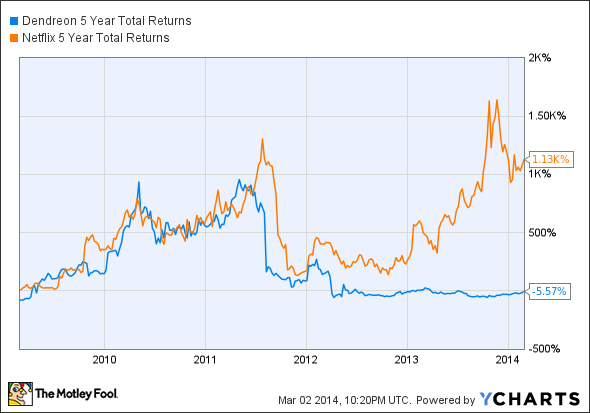 Dendreon, a one-time biotech success story, had a first-in-class prostate cancer vaccine that was approved as a front-line treatment. Management issued aggressive guidance, and analysts modeled blockbuster potential. Despite potential red flags, like the cost of the drug, its difficult manufacturing, and inconvenient dosing, investors passionately cheerleaded an astonishing rise that saw shares bring home multibagger returns. And then the results came in: Provenge wasn't selling as expected. Some saw this dramatic plunge as a potential chance to buy more shares of Dendreon, believing momentum would pick up. But they ignored the potential red flags, like the cost of the Provenge, its difficult manufacturing, inconvenient dosing, and new strong competing drugs. And the results have remained poor. Provenge sales have stagnated, Dendreon can't hit profitability at its current run rate, and it has a huge debt payment on the horizon, all while its shares have collapsed in value.

On the other hand, Netflix's precipitous fall was different from Dendreon's -- it was caused by an internal decision. At that point, Netflix had been offering its streaming service for free to its traditional through-the-mail DVD subscribers. However, it suddenly announced that it would split what had then been its main service into a new company called Qwikster, retaining the streaming and charging more from both. Nearly a million angry subscribers cancelled their subscriptions. Netflix raised a lot of ire and lost a lot of goodwill, but the incident revealed something more important: a management team that wasn't afraid to harm a sacred cow. Netflix officials recognized they had a problem with rising content costs, but they also saw the potential of streaming content over mailing DVDs. Instead of making minor adjustments, they were willing to essentially cannibalize their own business in the short term to create a stronger long-term future. While Qwikster was quickly euthanized, the higher pricing structure of Netflix remained. And the company continued to innovate, including original programming that includes the award-winning House of Cards. Subscriber growth has resumed its climb, but now the business is on more solid footing then ever.

And the winner is ...
There is no universal answer for when trouble suddenly strikes a stock in your portfolio. But if you follow these three investing lessons, you can hopefully minimize the amount of mistakes and maximize your returns. It's something to think about long after you find out what movie is crowned this year's best.