Bank of America's (NYSE:BAC) quarterly dividend has been stuck at $0.01 for years, and it doesn't appear to be surging too much higher any time soon -- but that's a good thing.

While the payout may be disappointing to some, the bank is playing the long game -- with added value for shareholders squarely in focus.

A closer look
Within the next few weeks, the Federal Reserve will be releasing the results of its annual stress tests for the nation's largest banks. The biggest impact for investors stemming from those results will be the approval or denial of each bank's capital plans -- this will be when we discover whether or not Bank of America and it compatriots have requested an increase for their dividend payouts.

But with the upcoming results in mind, plenty of analysts have begun eyeing the banks with the most potential, with analysts at Citigroup providing the following table: 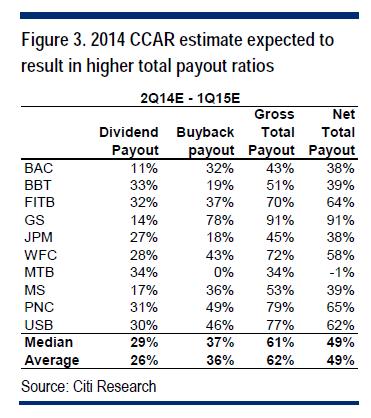 The information from this table tells a tale of smart capital strategies on behalf of some of the nation's biggest banks -- including Bank of America. As you can see in the first line of the table, Bank of America is well below the average for estimated dividend payouts, but lies within spitting distance of the share buybacks average.

Dividends
If we look at the Citigroup estimates, the payout for Bank of America's dividends is more than double the 4.3% dividend payout ratio the bank enjoyed at year end.

Like my fellow Fool Patrick Morris noted, the huge progress in earnings for Bank of America has dwarfed its payout ratio in comparison to some of its top rivals who have returned dividends to pre-recession levels. With more than $10 billion in net earnings attributable to shareholders, there's little doubt Bank of America could increase its dividend and provide investors with a well deserved payday.

An 11% estimated payout ratio means the Citigroup's analysts expect the bank to raise its quarterly dividend to $0.025 per share starting in the second quarter. Though the jump would represent a 250% increase, it's still far from a monstrous payout for investors.

Buybacks
So instead of handing its investors cash, the bank has been focusing more heavily on share buybacks. With more than $3 billion spent on shares during 2013, Bank of America has managed to add value for shareholders and to shore up its own balance sheet.

But with such great bottom-line results, why wouldn't the bank make a bigger push with dividends? 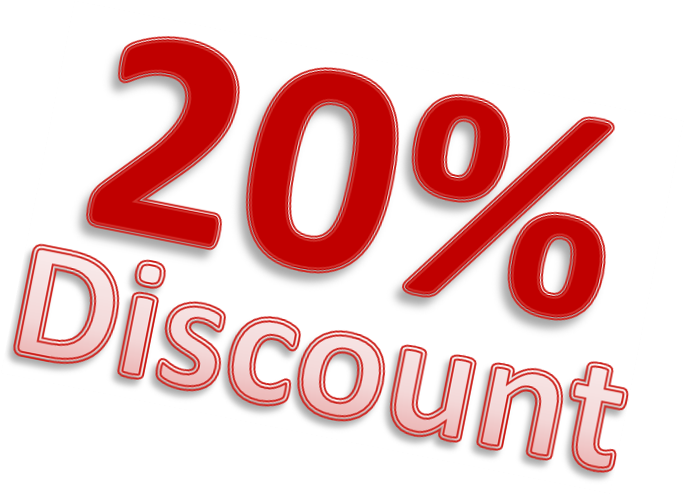 If we add another layer of data to the Citigroup analysis, the method to Bank of America's madness becomes much clearer. Bank of America's stock still trades at a 20% discount to book value -- still among the "cheapest" in the banking space.

Banks with lower price to book ratios tend to have a higher portion of their payouts slated for buybacks. More easily said, the banks can get a bigger bang for their buck by repurchasing shares. For Bank of America in particular, it's able to repurchase shares at a 20% discount to its book value and reduce share count, which fell over 2% in 2013.

In 2013, the bank's shares rose 34%, so it's lost some of the upside in buying back shares, but for now, management can see there's value in reducing the outstanding share count as share price stays below book value per share. As the bank's price to book ratio levels out with competitors, investors may notice a renewal in focus on dividend payouts.

Investor takeaway
Though there's a good chance Bank of America will be upping its dividend payouts in the future, you may not see a huge change in the near term. But by choosing buybacks over dividends, the bank seems to be making the right move.