With the Olympics over and the midseason firmly in gear, March will see a number of big projects hitting the airwaves, as well as the exit of a beloved favorite. Here's a quick overview of three shows that will be affecting the TV industry in a major way this month and what the program's success/failure ultimately mean to the companies involved.

Remember to also come back during the month as I'll take a more in-depth look at each series closer to its big day. 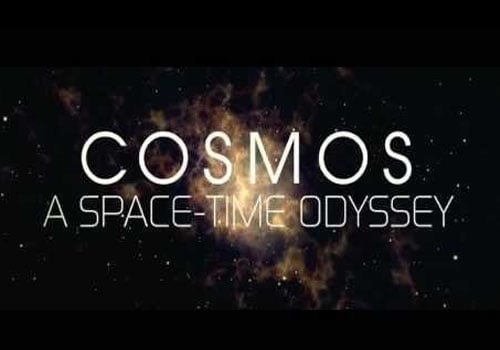 When Cosmos first debuted in the 1980s it was the creation of famed astronomer Carl Sagan. Now it's set to return with famed astrophysicist Neil deGrasse Tyson and Emmy winner Seth MacFarlane. Well at least part of the equation makes sense. Tyson has become one of the science industry's most respected and revered figures while MacFarlane is, well ... the guy who created Family Guy.

However, behind the unique humor that made him famous, MacFarlane is a very intelligent businessman and was a big fan of the original series. It was his relationship with Fox (NASDAQ:FOXA) that got this project greenlit, and if successful could be a reason the millennial generation develops an interest in science. Although part of me still kind of hopes Stewie makes an appearance at some point.

This is a risk plain and simple, but one that it is nice to see being made. Having Tyson and MacFarlane attached lends both credibility and entertainment value, the two things executives realized they needed in order to make this a hit. Launching across both the Fox and National Geographic channels, this could be a huge success that will open the doors for more like it down the line. It could also help bolster Fox's Sunday lineup, which has failed to produce a new big hit over the last few seasons.

The CW (a subsidiary of CBS (NASDAQ:VIAC)) ordered five series last May and this month the final of those five, The 100, will finally see air. The action series takes place in a time where Earth is uninhabitable and society has shifted to space and deteriorated in the process. The teen drama follows 100 juvenile delinquents who are sent back Earth to see if conditions have improved enough to support life, but the teens quickly learn something else has already claimed the planet for its own.

While two of those five series have already been renewed, the other two are toss-ups (and likely to be canceled). Yet those shows' fates are tied to The 100 -- its success or failure will impact how executives look to craft the network's fall slate. Beyond the impact of that though, this is a departure from the usual CW fare. Yes, it still has the traditional teen romance angles, but now has a Hunger Games quality mixed in that makes it more intriguing. Lately the network has moved more into the sci-fi space, and should The 100 be a hit, they'll likey look to marry the two concepts for future shows.

How I Met Your Mother's series finale

Nine years ago CBS pulled together a unique ensemble of actors for an equally unique TV concept. It was a love story in reverse, and while it took a while to catch on, it eventually did in a big way. Now the swan song season of How I Met Your Mother is set to conclude this month as audiences prepare to say goodbye to the network's Monday night staple.

Forget the impact on the network for a second, as HIMYM actually affected pop culture as a whole. It gave its entire ensemble a huge launching pad and most notably restarted the career of Neil Patrick Harris. For CBS, it was a solid anchor for nearly a decade and served as a lead-in for a number of hits and will likely be spun off this fall. Interestingly, the network decided to air the finale in March and not May, instead opting to use the show's proven timeslot to help the launch the buzzed-about comedy Friends With Better Lives. It's a gutsy move, but that's never scared CBS before and likely won't going forward either.