Please ensure Javascript is enabled for purposes of website accessibility
Free Article Join Over 1 Million Premium Members And Get More In-Depth Stock Guidance and Research
By Tim Beyers - Mar 7, 2014 at 7:37AM

The new trailer for “Batman: Arkham Knight” thrills would-be buyers as Marvel searches for a franchise of its own. 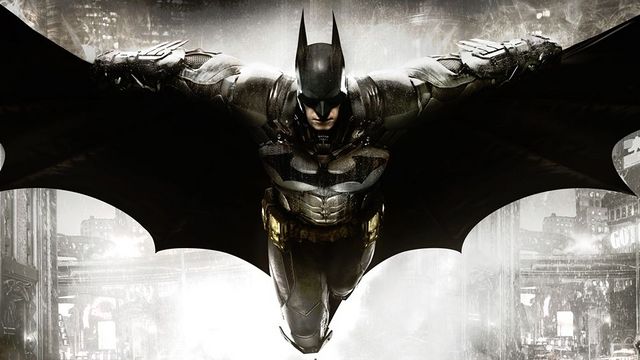 Warner and DC Entertainment plan to release the final installment in the "Arkham" series of games this year. Source: Warner Interactive.

Looking at the trailer for Batman: Arkham Knight, the final installment in the award-winning game series, I'd almost swear Christopher Nolan was working on a new film starring the Dark Knight. Walt Disney ( DIS -1.90% ) investors might be even better off today if Marvel put as much effort into video games. (Sigh.)

But don't take my word for it. More than 2.6 million have tuned in to the Arkham Knight trailer as of this writing. You're welcome to join them via the embedded video I've included at the end of this article.

A better bat signal
Why so much enthusiasm for the new game? Time Warner ( TWX ) turned to subsidiary and Arkham series originator Rocksteady Studios to develop Arkham Knight, which Warner says will ship sometime this year on PlayStation 4, Xbox One, and Windows PC. (Sorry, fellow Mac users.) If history is any guide, retailers will sell on the order of 2 million units the first week, or about in line with the last Rocksteady-produced title in the series, Batman: Arkham City.

Warner could use the help. The company's Montreal-based games division orchestrated the last try in the series, Arkham Origins, only to see the title suffer numerous glitches and fail to wow critics. For example, Metacritic's combined score of Arkham Origins came in at 74 versus 91 for the Rocksteady-produced Arkham City.

Sales also lagged. According to VGChartz, Arkham Origins has sold about 3.54 million copies to console, PC, and mobile players. By contrast, Arkham City sold 9.82 million copies on the same basis. In bringing Rocksteady back for Arkham Knight, executives seem to be hoping for better scores and sales. And yet it's worth noting Warner's worst effort in the Arkham series is producing at roughly the same level as Marvel's best.

Lego Marvel Super Heroes, released last October, has sold 3.6 million copies as of this writing, according to VGChartz. Deadpool, Marvel's other recent try in the console gaming market, sold just 460,000 copies via publisher Activision Blizzard. Average performance at best, yet probably acceptable to Disney, which hasn't been shy about farming out game development work. Electronic Arts is already in process developing a Star Wars title for the House of Mouse.

Warner isn't willing to take the sort of chance, and that's good news for its investors. Rocksteady's history of thrilling gamers should be more than enough to sell 7 million to 10 million copies of Arkham Knight, especially if the gameplay delivers on the trailer I promised to show you. Enjoy:

Now it's your turn to weigh in. What do you expect from Batman: Arkham Knight? Leave a comment below to let us know what you think about Warner handing the reins back to Rocksteady Studios, and whether you would buy, sell, or short Time Warner stock at current prices.