Want to see a handful of horrible-looking stock charts? It's hard to find three that are worse than those of RadioShack, Office Depot, and J.C. Penney.

The Internet's assault on traditional retail stores will soon claim three more victims -- or, at least, that's what the following stock charts seem to suggest. 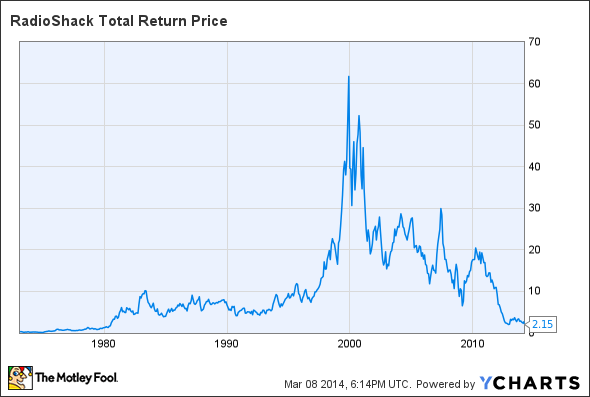 And things could get worse from here. On Tuesday, RadioShack said it will close up to 1,100 stores. That amounts to nearly a fifth of its current fleet.

2. Office Depot
The second company that appears to be hanging on for dear life is Office Depot ( ODP -2.08% ). The retailer has come under pressure over the past decade as its customers migrated online for their office-supply needs. 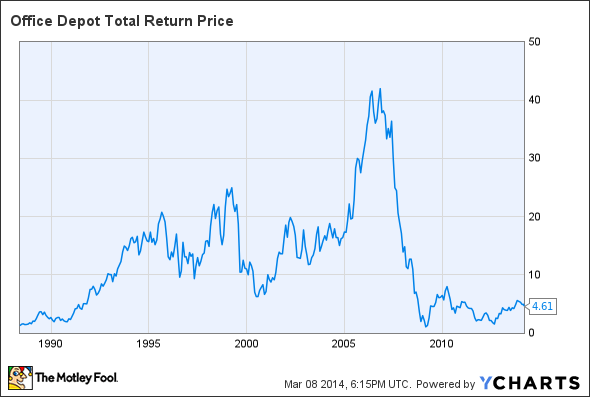 To a certain extent, these dynamics have helped competitor Staples, which adapted better and currently gets around 50% of its sales online. Office Depot, on the other hand, was slower to recognize and respond to the new paradigm.

Of late, it's chosen instead to merge with OfficeMax. Will this move be successful? That remains to be seen. But by the looks of Office Depot's stock chart, investors aren't optimistic. Since topping out in May of 2006, its shares are off by 89.6%. 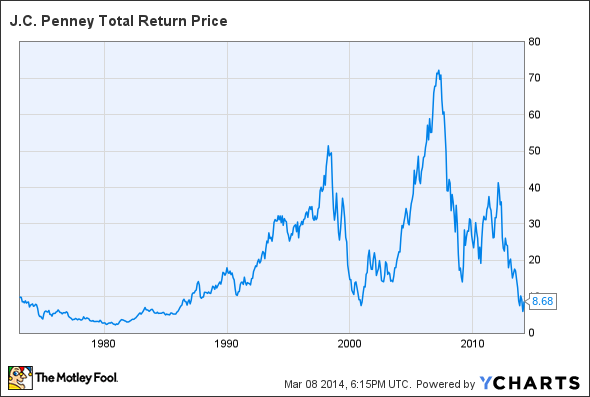 The Texas-based retailer's travails are well documented. In 2011, it hired Ron Johnson, the former head of Apple's retail stores, to breathe new life into the J.C. Penney brand. But Johnson did the opposite by abandoning the company's discount-based business model and thereby alienating its core customers.

Johnson was fired two years later and replaced by the CEO he ousted, Mike Ullman. As you can see by the stock chart, Ullman has his hands full.

These 3 Stocks Punished the Dow Friday