Less than a month ago The CW made its usual early pickups and the expectation was that we wouldn't see any networks follow suit until May ... we were wrong. Last night, Fox (NASDAQ:FOXA) slyly put out the news that it has given the green light to additional seasons of four of its series, which should give analysts, advertisers, and audiences a better idea of what the network has in store for the fall and beyond.

While each of the renewed series has had moments this season when their futures could be called into question, nobody realistically considered any of them to get the axe. In giving the go ahead to The Following, Brooklyn Nine-Nine, New Girl, and The Mindy Project, executives are showing faith in its lineup mostly "as is" as they prepare for its first fall launch without utilizing the traditional pilot season approach.

Remember though it's not just those four that have been renewed. Fox had previously announced it wanted a sophomore season for breakout hit Sleepy Hollow, two more seasons of MasterChef Juniors, and a swan song season for both Glee and Bones. Add in The Simpsons and Family Guy, which are already in development on next season's episodes, and you get a really complete picture. While the network may shift its schedule around, it'll enter the fall with a strong arsenal of established fare.

Why all the pick-ups? With The X Factor axed and the Thursday night NFL package going to CBS, that allowed the network to program an additional three hours a week in the fall. As a result it could bring back more series. Again none of the four are shocking -- The Following has the star power of Kevin Bacon, The Mindy Project still plays well with female audiences, New Girl needs (at least) one more season to qualify for syndication, and Brooklyn Nine-Nine (the only rookie in the bunch) just won the Golden Globe for Best Comedy and is seen as a contender for an Emmy nomination. 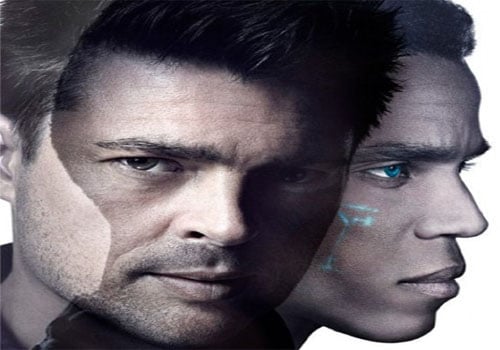 Of course good news for one show may mean bad news for another. Fox still has several series with fates to be determined, and none of them look especially good. The highest profile is Almost Human, which never really found its groove on Monday nights, but thanks to a good cast of name actors such as Karl Urban, Michael Ealy, Minka Kelly, and Lili Taylor, it could squeak by with another 13-episode season. Greg Kinnear's Rake, on the other hand, is as good as gone after being thrown to Fridays to burn off its order.

On the comedy side, there are a few contenders including Raising Hope, which has managed to survive four seasons and earn a syndication deal. Now that Fox will have the additional revenue from the deal, it doesn't have to keep the show around any longer, so its odds of cancellation might have increased. The network also needs to make a decision on Hope's lead-in Enlisted, which has solid critical backing, but not very high ratings. The much-maligned Dads is still in play, but many believe (and hope) that show won't see the bright TV light of day again.

Fox also has one new series left to debut and that one gets the powerful post American Idol results show slot in a few weeks. Surviving Jack marks the return of Law & Order: SVU's Christopher Meloni to broadcast TV as a series regular. The success or failure of that comedy will play a role in which shows Fox ultimately decides to keep.

However Fox has an intangible in play that none of its rivals do -- the network has heavily invested in event programming. By the time of the upfronts in May, Fox will have seen how Cosmos fared, as well as the initial reaction to the return of 24. Plus execs will still have Gracepoint (the American version of Broadchurch) and M. Night Shyamalan's Wayward Pines on its bench to plug in where they need the most help.

Even though we know what's coming back and what's likely not, all of the above factors still leave a number of unanswered questions that Fox doesn't have to address until mid-May. In other words we have most of the pieces, but we don't clearly know yet how everything's going to fit.