Fannie Mae and Freddie Mac's shares have been cut in half the past two days as political risk rears its head.

Investors in state-owned companies have always had to deal with political risk in their investments -- namely, the chance that the government will act counter to the interests of the shareholders of the company. This has primarily been an issue in emerging markets, where state-owned companies still exist. However, the recent trials and tribulations of the U.S.' Fannie Mae ( FNMA 25.89% ) and Freddie Mac ( FMCC 25.29% ) show how political risk isn't just an emerging-market phenomenon. Read on, and I'll explain political risk and how Fannie Mae and Freddie Mac provide a good example.

Since 2006, the Brazilian government has capped gasoline prices in Brazil and forced Petrobras to import any shortfalls in production and sell those at a loss. This has caused the company's refining division to lose $36.4 billion in the past three years.

Further, in the past few years the government has upped its local content requirement so that 77% of all equipment used in new oil production must be constructed locally. This has been a boost to Brazilian industry directly at the expense of Petrobras, which has to deal with higher prices, shortages, bottlenecks, and lower-quality equipment. The combination of these two factors and mediocre production results has led to a steep drop in shares 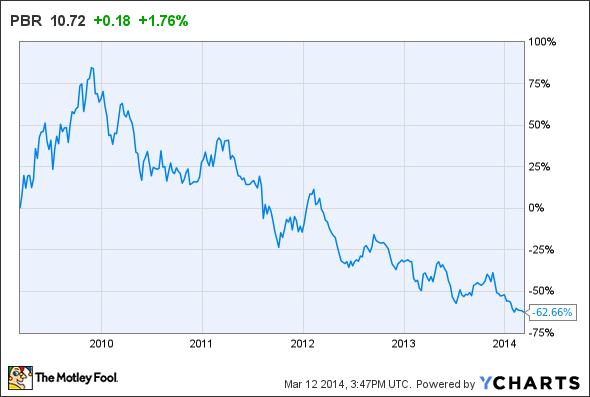 Political risk can be costly to shareholders.

Political risk in the U.S.
For U.S. companies, the biggest political risk usually comes in the form of regulation, though there are some extraordinary cases such as the Gulf of Mexico shutdown in 2010 or the government suing Standard & Poor's in apparent retaliation for S&P's downgrade of the U.S.' credit rating.

Fannie Mae and Freddie Mac have always been an anomaly on the U.S. markets as two of the few public-private partnerships on the stock market. Shares in both were devastated during the financial crisis when the government had to bail them out. 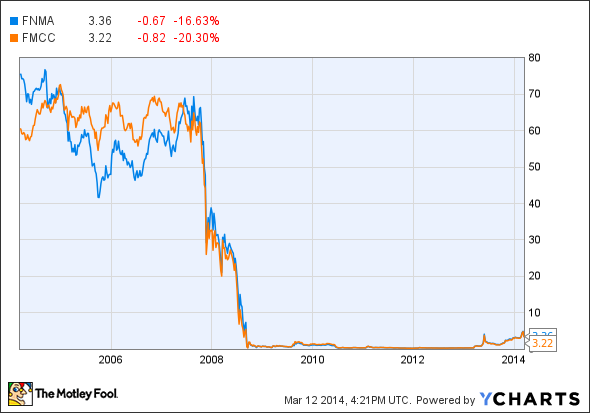 But the companies emphasize that their obligation is to the taxpayer, not the common shareholder. As fellow Fool contributor Patrick Morris pointed out yesterday, Fannie Mae notes in its annual report that it is "no longer managed with a strategy to maximize shareholder returns."

Yesterday, the question of whether shareholders are owed anything was called into question when the Senate Banking Committee said it will release a reform proposal in the coming days for the two housing giants that would "wind down Fannie Mae and Freddie Mac" and reform the U.S. housing-finance system. The stocks dropped 50% on the news before recovering to 30% drops for the day and then continued to drop today. 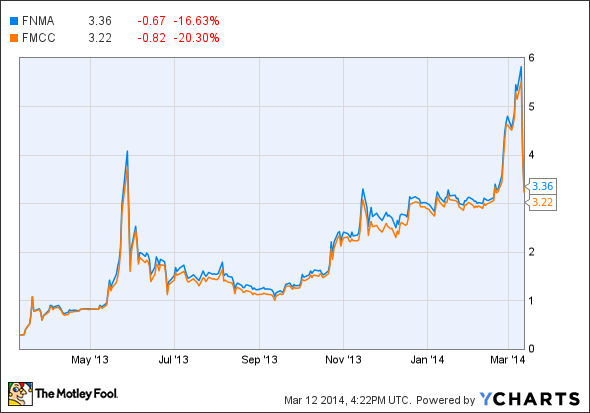 Investors in Fannie Mae and Freddie Mac have always taken political risk, but not all investors fully appreciated how expensive it can be. The government has been hinting for some time that it wants to wind down the companies, so yesterday's news shouldn't have been a big surprise. Investors in Fannie Mae and Freddie Mac common shares are reliant on large investors winning their shareholder lawsuits against the government -- or the government changing its mind about the treatment of minority shareholders -- for any potential upside in the stock. Otherwise, the shares are likely worthless.

Bottom line
Investors should realize the risk they take when investing in politically sensitive companies. While you can make money in the short term, the government is not always aligned with investors' interests, which can hurt investors in the long run.