Initial jobless claims fell 2.8% to 315,000 for the week ending March 8, according to a Labor Department report released today.

After plummeting a revised 7.2% the previous week, this newest report beat analyst expectations of a slight rise to 330,000 claims. 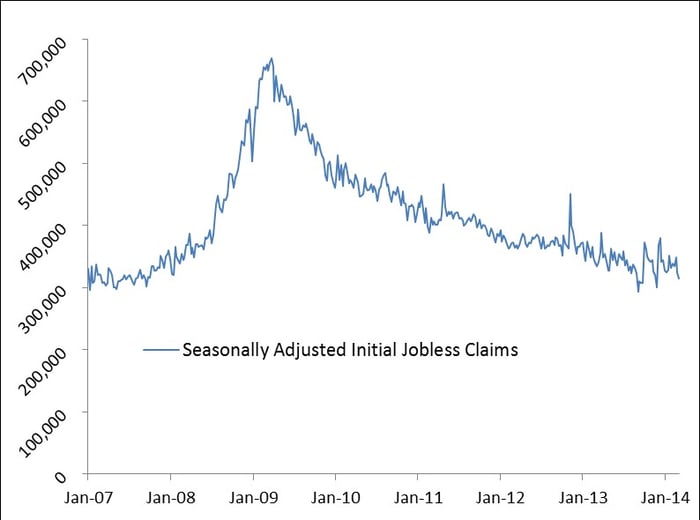 From a more long-term perspective, a 1.9% dip in the four-week moving average to 330,500 initial claims marks a second week of improvements after a rocky start to 2014. Both the latest week's claims and the four-week average fall significantly below 400,000, a cutoff point that economists consider a sign of an improving labor market.

On a state-by-state basis, six states recorded a decrease of more than 1,000 initial claims for the week ending March 1 (most recent available data). California's claims dropped the most (-5,770), due primarily to fewer services and wholesale trade layoffs.