Please ensure Javascript is enabled for purposes of website accessibility
Free Article Join Over 1 Million Premium Members And Get More In-Depth Stock Guidance and Research
By Reuben Gregg Brewer - Mar 13, 2014 at 9:35AM

Rhino Resource Partners has been broadening into the natural gas drilling space in recent years—Why did it just sell those assets?

The lean years
Both metallurgical and thermal coal have been in a downward spiral over the last year or two. Rhino, for example, saw coal revenues fall 22% in 2013. That was a combination of falling prices and fewer tons sold. Rhino isn't alone.

Beyond coal
Part of the reason for Natural Resource Partners' debt burden, however, is expansion beyond coal. For example, it's been buying non-operating interests in natural gas fields and acquired a stake in a soda ash business. The decision to trim the distribution was made to ensure the company could continue along the path toward diversification.

CONSOL kept its lowest cost coal mines and key coal infrastructure, but has indicated that after completing some key coal projects, it's just going to focus on maintaining what it has on the coal side. CONSOL is a very different company than it was just a year ago.

PVR is another coal company that's turned into a natural gas play, only PVR has focused on owning infrastructure. Like CONSOL it announced that it wasn't going to be spending much on coal in the future, instead focusing on its growing pipeline business. Then it agreed to be bought out by Regency Energy Partners (NYSE: RGP) for $5.6 billion. Interestingly, coal wasn't mentioned once in the press release announcing the deal.

What's Rhino doing?
So while everyone else is looking to get out of coal, Rhino just got out of gas, what gives? The answer lies on the balance sheet. Note that Natural Resource Partners cut its distribution because of elevated debt levels. Rhino will, effectively, be debt free once the gas sale is complete. 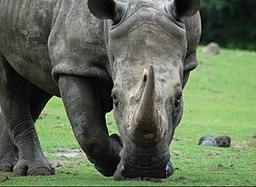 According to Rhino CEO Christopher Walton, "In the coal sector, many producers are burdened with high levels of debt. The Utica sale eliminates that concern for us and gives us the flexibility to look for opportunities to expand in both coal and other energy assets."

The deal is so fresh that management didn't have enough time to work out post-sale 2014 projections. If you own Rhino, make sure to watch for that guidance. However, the bigger issue is what Rhino is going to become now. If you bought in because of the push into gas, it looks like your thesis just went up in smoke. It's two near-term goals are completing its first Illinois Basin mine and the natural gas sale.

The story is the same
However, somewhere in the middle of the year, the miner could find itself back at the bargaining table. What might the partnership buy? David Zatezalo, Chairman of The Board of Rhino's general partner, summed it up, "...longer term, anything is open..." And with no debt, a weak coal market is unlikely to push Rhino the way of James River Coal (NASDAQ: JRCC), which is currently exploring its strategic options. It might be a good idea to give Rhino more time before making the decision to sell out of this one if you already own it.

If you prefer to keep focused on U.S. oil and gas...