The economy added 175,000 jobs last month, according to last week's report by the Bureau of Labor Statistics.

For those who prefer numbers over narrative, I made a few charts detailing the country's jobs situation.

Here's the monthly gain/loss of jobs since the last recession began in late 2007: 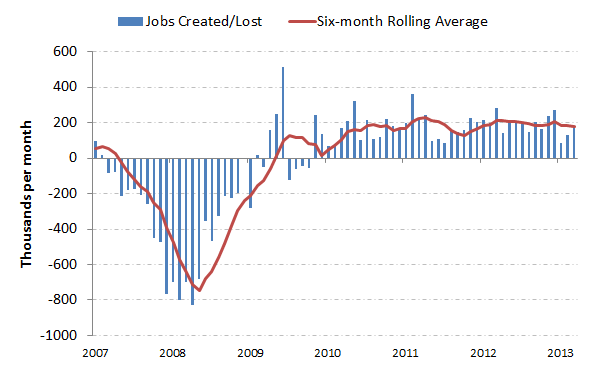 There are several different ways the government measures unemployment. Here are the big ones: 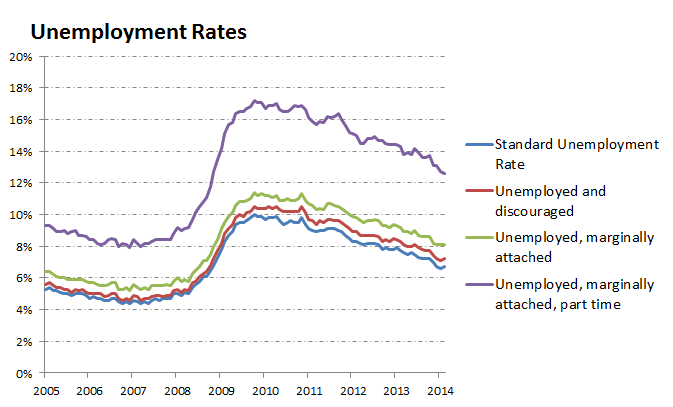 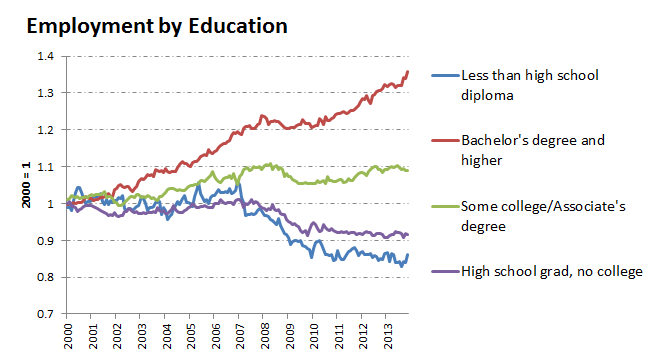 Here's the change in employment since the recession started, broken out by private and government sectors: 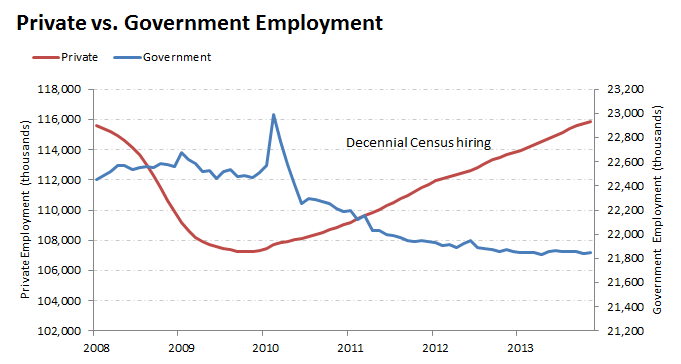 Men were hit harder by the recession than women. That gap is now narrowing: 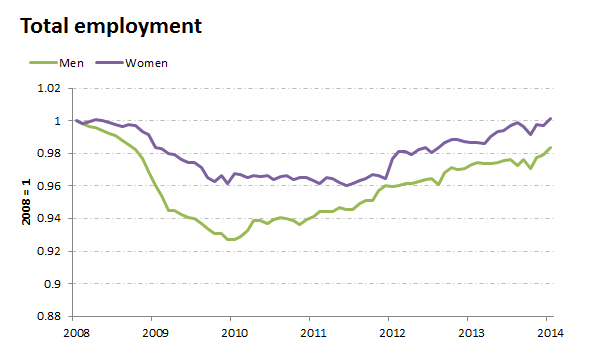 And from the blog Calculated Risk, what was once called "the scariest jobs chart in the world" is getting much less scary: 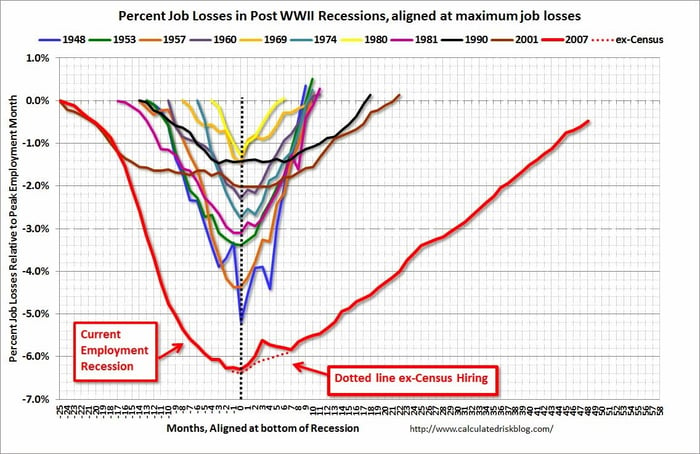 For more on the economy: