In the world of manufacturing, General Electric has a lot going for it. The industrial giant boasts nearly $90 billion in cash with which to go "elephant hunting," a footprint in 24 countries generating $1 billion in revenue, and a global research center with six locations to lure the world's top scientists and engineers. Not a bad resume if you ask me.

But, lately, GE seems to be in the middle of an identity crisis. Despite being the oldest company in the Dow Jones Industrial Average, GE just wants to be young again -- to dive into the start-up craze that's taking America by storm.

CEO Jeff Immelt alluded to it in last year's shareholder letter, but this year the start-up mentality seems to be picking up steam inside GE's walls. Here are three key reasons why. 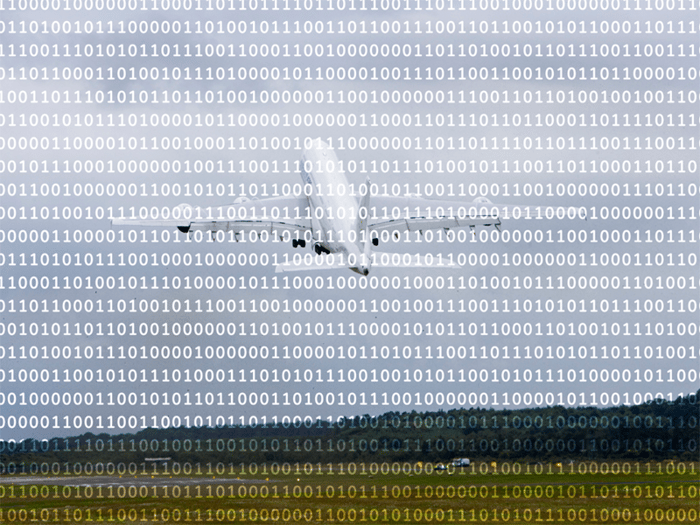 The Internet of Things will connect data to real-world machines like airplanes and locomotives. Source: General Electric.

1. Technology's disrupting manufacturing
GE's been on the forefront of manufacturing for over a century, but the industry's about to transform in a way that even GE has never seen.

For background, consider the strengths of GE under the leadership of Jack Welch. During his tenure, GE beat its competitors by delivering high-quality products more efficiently through greater scale. Buzzwords like "Six Sigma" took GE and the broader corporate landscape by storm. In their respective industries, Dell and Wal-Mart could claim similar advantages over the competition due to their unparalleled scale of operations.

But scale alone cannot create a moat wide enough to fend off disruptive technologies. In the retail and tech industries, other companies replicated Dell and Wal-Mart's supply chain over time. Low-cost prices became an inadequate differentiator. And then the Internet and the power of customer information allowed tech-savvy retailers like Amazon.com to run circles around the competition.

That's about to happen in manufacturing. My colleague Aaron Bush summarized this transformation nicely in a post on the South by Southwest festival over the weekend:

As society has continuously found ways to pair new technologies to old routines, it has given all touched industries the ability to change at unprecedented rates. Sustaining innovations improve at arithmetic rates, but as soon as technology (especially microprocessors) finds its way into the equation, Moore's Law (the observation that technology becomes twice as capable (both smaller and powerful) at half the cost over the course of ~18 months) takes action and drives change at exponential rates.

Manufacturing's one of those "old routines." The Internet of Things is one of those "technologies." GE knows it. It's why the company's set up a GE Ventures shop in Silicon Valley last year. It's why GE Garages aims to bolster the "maker movement."

These are all concepts that need to incubate in the world of start-ups to really thrive. Pretty soon, yet another industry will become no country for old manufacturers.

2. Speed is of the essence
At one level, industry forces are changing GE's approach. On another, its customers are.

In the age of big data and real-time feedback, customers demand newer and better solutions to run their businesses. And they want them yesterday. GE outlined a "simplification" movement that's currently under way to address these customer-driven market forces in its latest annual report.

We are transforming GE around the "culture of simplification." This is not a reorganization or an initiative. Rather, it defines the way we make decisions, work together and work with our customers. We are focused on efficiency, speed and market impact. We are driving decisions closer to markets and making our teams accountable for outcomes, not process.

Over the next few years, GE aims to reduce its new product introduction cycle by 30%. It has a slew of similar objectives that aim to chip away at the layers of bureaucracy so prevalent at large companies. Those layers of bureaucracy can prevent innovative products from reaching the market. And they simply don't exist at start-ups. If GE wants to compete with the nimblest of companies, it has to become one itself.

3. Start-ups have fewer distractions
GE's not known for its simplicity. Right now, it employs 307,000 people around the world and operates with more than 100 subsidiaries. That is simply staggering.

Further, it's a daunting challenge to try to focus a company with so many moving parts. Immelt can't possibly steer every GE team, so he recognizes the importance of delegating the appropriate tasks and granting ownership to others -- just like an entrepreneur would. He summarized his thought process in last year's annual report:

Entrepreneurs simplify everything. They are purpose-driven. They focus on customers, people and solving problems. They do fewer things, but with bigger impact. They don't delegate important decisions; rather, they position decision-makers close to the action. There is no headquarters, no layer of "checkers." They use judgment, they move fast, and they are accountable.

To this end, GE aims to reduce the staff at its headquarters in Fairfield, Conn., by 45% over the next few years. If you're not next to the action, you're not behaving like an entrepreneur.

Foolish takeaway
Almost simultaneously, technology and a need for speed and simplicity are changing the way old-world manufacturers go to market with their products. They're requiring typically slow-moving ships like GE to tack and pivot with greater agility. Changing the status quo won't be easy at a large organization, but it's a must if GE wants to stay relevant in an increasingly fast-paced environment.

And, in some ways, it will be business as usual for long-tenured employees like Immelt. When I visited the company's 30 Rockefeller offices last year, I remarked about how leadership must enjoy working in New York City due to the palpable energy and setting 50 stories above Manhattan. "Not Jeff," responded the communications team, "If he could, he'd spend all of his time meeting with GE's customers."

If you're an international airline looking to spend a few billion dollars on GE engines, that's a good thing to know.