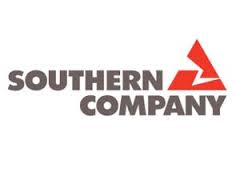 Investing in a utility like Southern Company (NYSE:SO) is a much riskier proposition right now than many investors would probably prefer. That's because we may be in the midst of a rising interest rate environment, which bodes poorly for companies like utilities that are heavily reliant on debt financing. For companies with lots of debt on the balance sheet, refinancing that debt becomes a burden when interest rates go up. That could result in significantly higher interest expenses down the road.

On the other hand, well-run utilities can stand the test of time. That's because they are relatively secure as a result of their steady businesses and reliable profits. When it comes to Southern Company, taking a peek into its financials can serve as a window into its future, and whether its debt load is cause for investors to be concerned.

Are dividend payouts in jeopardy?
That's the primary question for utility investors. People most commonly buy utilities for their high dividend yields and the rock-solid nature of their payouts. Indeed, Southern Company pays a market-trouncing 4.7% yield. But no company, even a well-run utility like Southern, can pay a dividend it can't afford. For utilities, the fate of their payouts is highly dependent on whether they can handle their debt requirements if and when interest rates rise.

Utilities that cut their dividends often see investors rush for the exits. Take Exelon (NASDAQ:EXC) as a cautionary tale of what happens when a utility slashes its dividend. Exelon, facing a great deal of pressure from poor pricing and burdensome debt, decided to cut its dividend by 41% one year ago.

At the time, management wanted to use the savings from the reduced dividend to shore up its financial position since Exelon's credit rating was only two notches above junk status when it slashed its payout. However, Exelon's stock has yet to recover. It traded around $32 per share when it cut its dividend, and has not reclaimed that level since.

Let the 10-K be your guide
Fortunately, Southern Company appears to have a manageable debt load. In its most recent 10-K document filed with the Security and Exchange Commission, Southern states that it has $35.4 billion in long-term debt. While that seems like a burdensome sum, its debt load is fairly spread out in varying maturities.

These amounts of annual debt requirements shouldn't be much of a problem for Southern Company, since it generated $2.2 billion in operating profit last year alone. As a result, it looks very likely that Southern should produce enough in profits to simultaneously handle its debt requirements and continue to pay its hefty dividends. And, Southern may actually be able to keep giving investors a modest annual dividend increase, as it has done for the past 12 years.

Near-term debt payments are manageable
It's reasonable for investors to fret over the condition of utilities' balance sheets these days. As the Federal Reserve continues to taper off its stimulus programs, there are renewed concerns that we're in the middle of a rising interest rate climate. For some utilities that aren't in the best of financial shape, that could spell trouble. Rising interest rates could make it difficult for some utilities to refinance debt at a manageable cost. And, by using Exelon as an example, it's plain to see what happens when a utility cuts its dividend to save cash.

That shouldn't be a concern for Southern Company and its investors, however. Southern's debt load is spread over many years, with no single year posing an immediate threat. Its strong profits should be more than enough to handle upcoming debt payments and continue to pay its generous dividend.

Rock-solid is a great way to describe these 9 dividends