Three Fools take to the air to discuss the prospects for “Titanfall,” the new action-packed multiplayer game available exclusively on the Xbox One.

Respawn Entertainment is out with Titanfall, and winning wide acclaim among game reviewers. Will the Electronic Arts-published title help Microsoft ( MSFT 1.10% ) sell the Xbox One? Host Ellen Bowman puts the question to analysts Nathan Alderman and Tim Beyers in this week's episode of 1-Up on Wall Street, The Motley Fool's web show in which we talk about the big-money names behind your favorite movies, toys, video games, comics, and more.

Nathan says the game's curse -- that it offers only a multiplayer experience -- is also its greatest strength, and seems to be fueling significant buzz. Specifically, players are sharing stories of their most memorable moments while adventuring with friends. That, in turn, could get those on the fence to give not only the game but also the new Xbox a try. 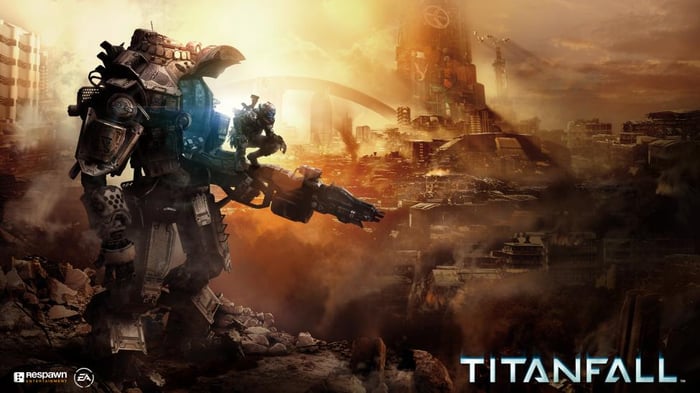 Tim agrees, noting that the Xbox One version of the game has plenty of support from the various reviews aggregated at Metacritic. Meanwhile, most user complaints seem to be about the game's lack of a workable single-player environment. Good signs, yet it's also worth noting that Sony ( SONY -0.63% ) has enjoyed huge sales of the PS4 -- much more so than the Xbox One to this point -- without the aid of a tentpole title. Titanfall may not be the catalyst for Microsoft stock that some might hope, Tim argues.

Now it's your turn to weigh in using the comments box below. Have you been playing Titanfall? Did you buy the Xbox One just to get access to the game? Please watch the video as Ellen puts Tim and Nathan on the spot, and be sure to check back here often for more 1-Up on Wall Street segments.