Oil inventories are up for the ninth straight week.

After expanding a strong 1.7% the previous week, this latest report marks the ninth straight week of inventory increases. For the week ending March 14, rising domestic output and sluggish refinery input have kept supplies steadily growing. Still, overall inventories have decreased 1.8% in the past 12 months. 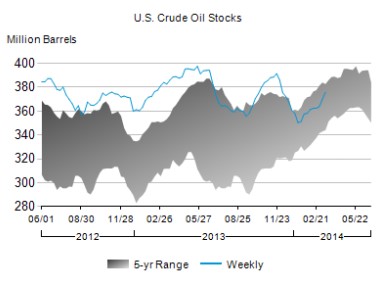 Over the past week, retail gasoline pump prices have increased $0.04 to $3.55 per gallon. 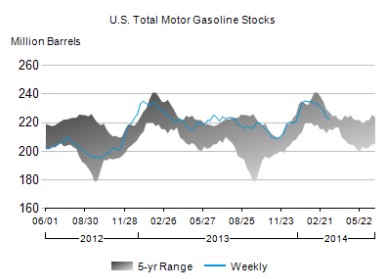 Distillates supplies, which include diesel and heating oil, dropped 3.1 million barrels (2.7%) for the second week in a row. Distillates demand for the last four weeks is up a seasonally adjusted 5.1%. In the past year, distillates inventories have shrunk a sizable 7.5%. 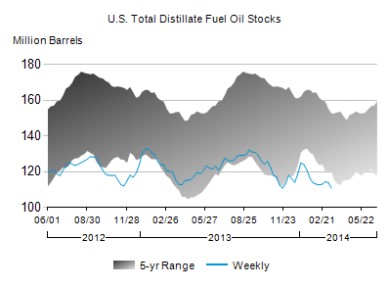