America's two largest automakers have come a long way since the depths of the great recession. While Ford (NYSE:F) and General Motors (NYSE:GM) initially took different routes in their business turnarounds, with the former taking out loans to survive and the latter filing for bankruptcy, both claim surging sales in segments they once left for dead in. In fact, Ford gained more market share last year in the U.S. than any other major automaker. One reason behind Ford's gains is the company's effective consumer marketing of its fuel-efficient engines. Here's an example of how GM has fallen short, why it matters, and what GM is doing to solve the problem. 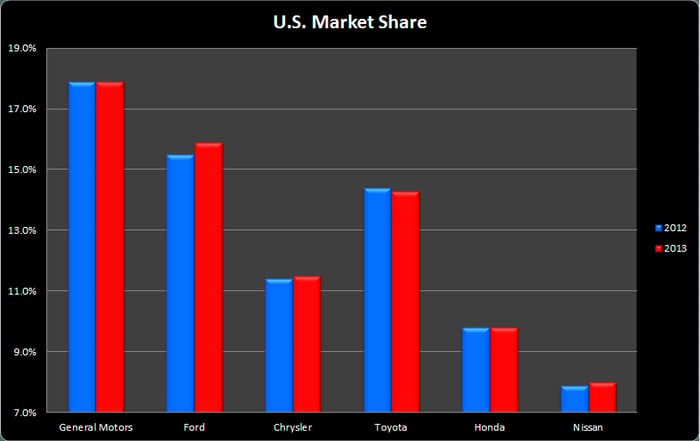 Eco what?
Can you name Ford's line of fuel-efficient engines? If you quickly recited the EcoBoost name, you're right on the money. Can you do the same for General Motors' line of engines? Not nearly as many consumers can recall its family of Ecotec engines, but that is something GM is trying to change.

Consider that Ford's three best-selling vehicles in the U.S. are the F-Series, Fusion, and Escape, and each boast an EcoBoost take rate of 42%, 52%, and a whopping 89%, respectively. Ford's EcoBoost engine options have proved very popular with its consumers in many different models and have played a large role in sending sales of the Fusion and Escape soaring after they remained flat before and during the recession. 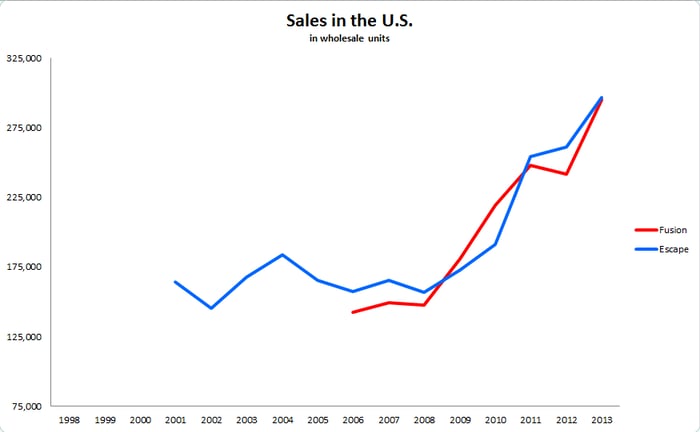 It's clear that fuel economy is important for car buyers, and General Motors needs to step up its game or it risks losing even more market share to the folks at the Blue Oval.

General Motors is unleashing a new generation of Ecotec engines that will bring its portfolio to include 11 engines. America's largest automaker intends the Ecotec engines to be available in its small cars and compact crossovers with the highest sales volume. In fact, as soon as 2017 GM plans to produce 2.5 million new Ecotec engines annually. GM hopes the engines will enable its brands to compete more directly with Ford's EcoBoost offerings, as well as improve sales in Europe and in China.

"Transportation solutions vary around the world and GM is committed to developing engines matched to the needs of the regions where they're sold," said Steve Kiefer, GM vice president, global powertrain engineering, in a press release. "The new engine family is designed to achieve segment-leading refinement and efficiency, and will make its way into five GM brands and 27 models by the 2017 model year."

Foolish takeaway
I own shares of both GM and Ford and I believe both automakers have much potential left as investments. For General Motors to take the next step and become a more valuable investment it must fix its tattered brand image and improve its lineup of fuel-efficient vehicles and engines. Only recently has the U.S. Treasury sold off its remaining stake in GM, and that was one step in the right direction for the company's brand image. But a recent recall of 1.76 million vehicles globally threatens to erase some of the progress the once-troubled automaker has made. For that reason, among others, GM needs to effectively market its new Ecotec engines or risk losing even more market share to its crosstown rival Ford, which already has hit a home run with the EcoBoost.