Since the beginning of 2013, shares of Internet radio company Pandora (NYSE:P) have more than tripled. Revenue has continued to grow at a blistering pace, up 56% in 2013, and the company now has more than 75 million monthly active users. But revenue growth will get the company only so far, and eventually Pandora needs to prove that it can turn a meaningful, consistent profit. This hasn't happened yet, even with Pandora being by far the most popular Internet radio service. That, along with increasing royalty costs and competition from Apple (NASDAQ:AAPL) and potentially Amazon (NASDAQ:AMZN) leads me to believe that it likely never will post meaningful, consistent profits.

A price hike and higher costs
Most of Pandora's active users put up with advertisements, but a few million users pay $36 per year, or $3.99 per month, to listen to Pandora ad-free. In 2013, subscription revenue made up a little more than 18% of total revenue, with the rest coming from advertising. Subscription revenue grew more than 130%, far faster than total revenue growth.

Rising royalty rates have forced Pandora to increase the cost of subscribing to $4.99 per month with no annual option. Current subscribers get to keep the $3.99 monthly rate, but the effect of a 25% price hike on subscriber growth probably won't be pretty. Pandora pays most of its licensing fees to SoundExchange, a non-profit organization that is the only authorized entity for collecting royalty payments for services such as satellite and Internet radio. The rate that Pandora pays SoundExchange per track has risen by 30% since 2011, and it's set to rise another 7.7% in 2015.

There's no reason to believe that this royalty rate is going to decrease, especially given all of the new competitors entering the Internet radio market. Pandora has made some progress in better monetizing its service, with advertising revenue growing faster than the growth of royalty payments in 2013, but the rapid rise of other costs led to a larger loss. Sales and marketing expenses rose by about 80% in 2013, suggesting that the company has had to spend more in order to grow ad sales. Meanwhile, the number of monthly active users has actually decreased since the fourth quarter of 2013, with 75.3 million users at the end of February, compared to 76.2 million during the fourth quarter.

Has Pandora reached its peak?
With monthly active users appearing to stagnate, Pandora is going to have a tough time growing its market share in the face of the onslaught of new competition. Apple launched iTunes Radio about 6 months ago, and even though the service is not available on Android, it has already surpassed Spotify to become the third most popular music streaming service.

iTunes Radio has an ad-supported version, or a subscription to the iTunes Match service yields an ad-free experience. iTunes Match is a cloud-based service that stores all music files, regardless of whether they were bought from iTunes, bought from another service, or imported from a CD. Match costs $24.99 per year, or just about $2.10 per month, making it less than half the price of Pandora's subscription option. Even before Pandora's price hike, Apple beat the company on price, and now the gap has gotten even wider. 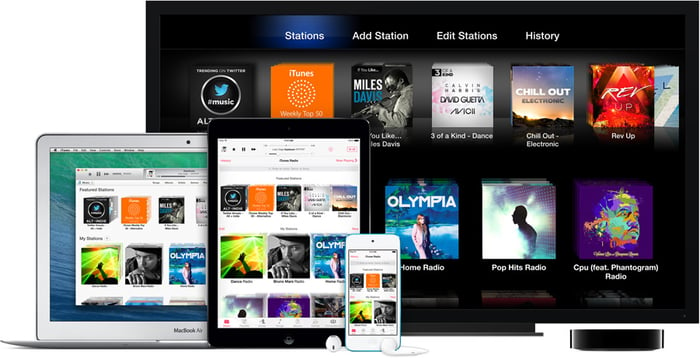 Amazon is rumored to be working on a music streaming service for its Prime members, an added benefit that would help justify the recent $20 price hike on the service. Prime's $99-per-year price, or $8.26 per month, is far more expensive than Pandora or iTunes Match, but it also provides far greater benefits. Current members will likely view the music streaming service as a free add-on rather than something they're really paying for, given that free two-day shipping is the biggest draw. With Prime members reportedly totaling more than 20 million, Amazon could steal away a significant number of users from Pandora.

The bottom line
Costs aren't going to decrease, and competition isn't going to get less intense, making Pandora's long-term prospects questionable at best. Pandora's price hike makes the service expensive compared to alternatives, and the ad-supported version doesn't really offer anything unique over the competition. The owners of the content have all of the power in this relationship, making it next to impossible for Pandora to turn a real profit. The stock is supported by hope and unrealistic expectations more than anything else.