The meteoric rise of lululemon athletica (NASDAQ:LULU) as the leader in yoga-inspired apparel over the years has been well documented by consumers and investors alike. However, after a series of disastrous public relations nightmares in 2013, management at the yoga-apparel retailer needs to turn their attention to the company's serious brand-image problems.

Most pressingly, the company and its shareholders must figure out how lululemon can successfully market products to male consumers. After all, the male consumer serves as the next obvious evolution of lululemon's growth. Management has struggled greatly in this area in the past. 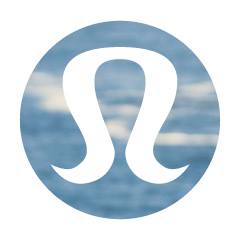 The biggest problem for lululemon
The company caters primarily to yoga enthusiasts, a primarily female customer base. A 2012 study conducted by Yoga Journal entitled Yoga in America found that over 82% of yoga participants were female and less than 18% were male. Not surprisingly, this means that female consumers generate an overwhelming majority of lululemon's revenue.

While this factor has helped lululemon develop near cult-like status in yoga circles and grow tremendously over the years, with so many women already wearing the company's wares while they work out the growth for the company has understandably slowed. Realizing this, lululemon's management has recently begun to target youth, a strategy also employed by athletic apparel competitor Under Armour (NYSE:UAA).

Iviva athletica, which lululemon owns, targets young girls aged six-and-above and tries to get them interested in yoga. The company hopes that young women will grow up practicing yoga and they will become lifelong customers. This smart move by management should benefit the company's revenue stream in the long run. However, the move still only targets females.

The male consumer of lululemon, or the lack thereof
However, what about the other half of the world's population? So far, lululemon's focus on increasing sales to men has been very lackluster. On the company's most recent earnings call, chief financial officer John Currie explained, "I think we've hit our stride in terms of the design and product team, and we're introducing new items, new colors, so that there's more selection for the male guest than what they've seen in the past."

Quite simply, lululemon sells far too few products to male customers for management to worry about just adding some new colors and some new items. The product line needs a complete overhaul and a new marketing strategy to go with it.

To this end, Currie explained, "And that will continue to be a driver, as well as we do have a pretty significant men's team that we've built up that is focusing on the men's business beyond just the product piece of that, in terms of brand and marketing and how do we connect with the male guest, who's of course very different than the female guest."

The competitor's playbook
While management has not given shareholders much to go on so far about how the company plans to redesign its male-oriented business, lululemon should take a page out of the playbook of competitor Under Armour, which has made significant strides in branching out to female consumers in recent years.

Once primarily a male-centric, niche football brand, Under Armour has rapidly extended its consumer base to become a sports brand that truly serves everyone. The company's recent success among women proves that any brand can reinvent itself.

Near the end of last year, women's apparel sales represented approximately 30% of Under Armour's total revenue, which had increased from 18% eight years ago. However, more impressively the company's management expects the women's segment of Under Armour to grow into a $1 billion category by 2016. For comparison, in 2013 the segment generated approximately $700 million in revenue.

On a company conference call last year, Under Armour chief executive officer Kevin Plank incredibly stated, "Women's has the potential to be larger than men's."

Bottom line
Simply because lululemon primarily sells its products to a female customer base right now in no way means that the company can't find success among male consumers. Under Armour's recent success with branching out to female consumers proves that a company can accomplish this.

However, in order for lululemon to effectively target males, the company's management needs to take the situation seriously by drawing up a viable marketing strategy, and so far one has not been revealed. The long-term future of lululemon will most likely depend on the company's ability or inability to capture and sustain a significant male audience.